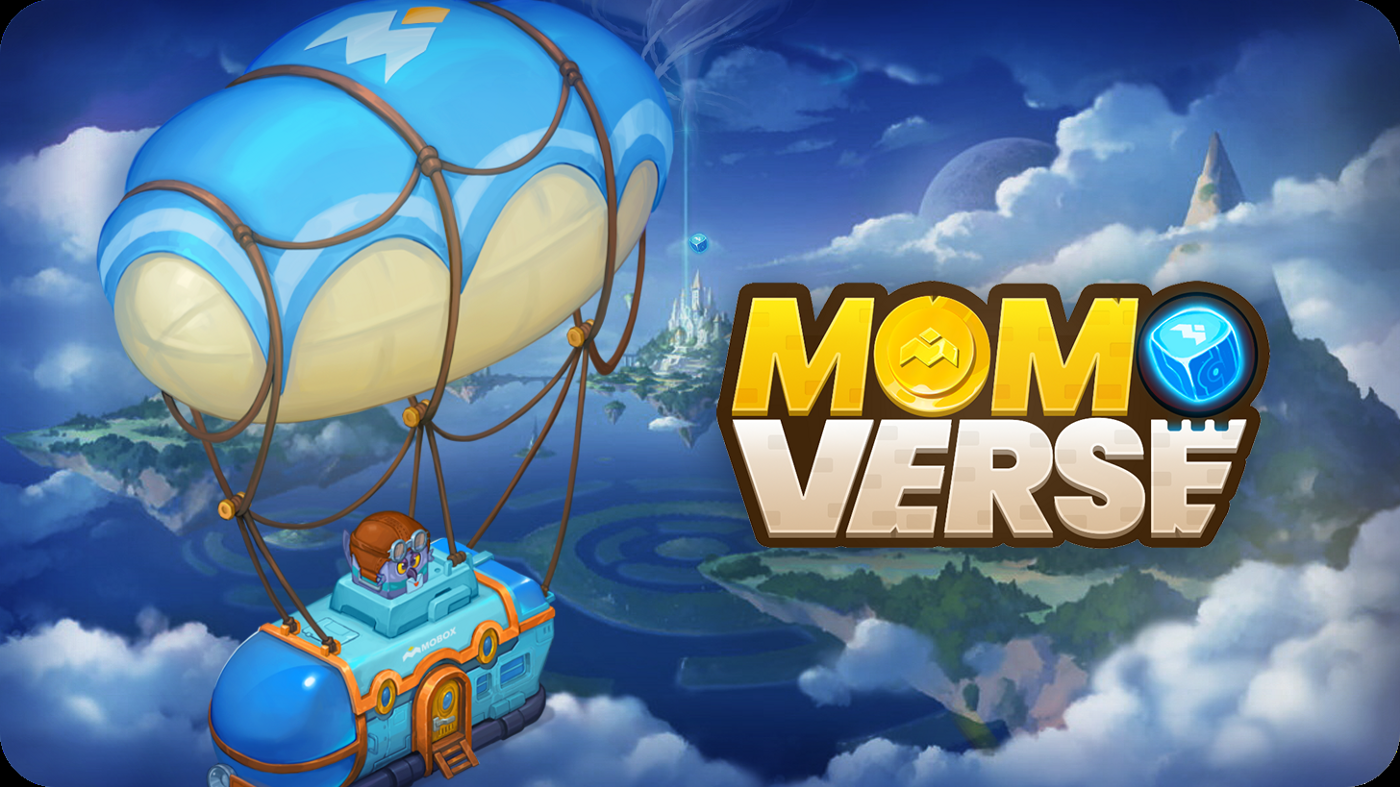 MOMOverse refers to the Mobox platform and its host of games. From play-to-earn farming games to mystical games, we’re going to look at some of them and how they work. Recent developments in the MOMOverse have seen Clash of Moland open for beta testing. Let’s take a look at the MOMOverse and the exciting games within.

The MOMOverse is a gaming ecosystem on the Binance blockchain. The MOMOverse refers to the entirety of Mobox and its games. This is why it is also known as Mobox.

It successfully incorporates decentralized finance components with gaming. The gaming aspect of Mobox has already developed in recent years. As a platform, Mobox offers many online games with play-to-earn aspects. The formation of these games has formed the MOMOverse. The platform uses NFTs in its games to create a virtual world with various earning opportunities.

All games on the MOMOverse can be played on the web, with a casual play-to-earn system in place. You can earn some amazing rewards on Mobox and invest in MBOX tokens. Owners of MBOX tokens can stake them on Mobox for a constant return of passive income. Additionally, it is possible to enter lotteries for containers that use MOMOs, MEC tokens, and Gems. This results in a steady accumulation of tokens.

What Games are in the MOMOverse?

Token Master is a casual/idle game. With this game, you can select three NFTs and challenge your friends to collect as much gold as possible. At the end of each Token Master season, you can earn rewards depending on your place on the leaderboard. Each season lasts just one week, so there is always the opportunity to join the next season. MOMOs automatically produce tokens at a certain rate depending on the MOMO’s power.

Brock Brawler is an RPG game in the MOMOverse. The game uses a lot of battle strategy, intending to collect and smelt equipment, match skills, and create the ultimate strategy to defeat friends and bosses. Each season in Brock Brawler lasts two weeks, so you have time to develop the best strategies. The game has a resource factory where your MOMOs will gain talents at a different rate, depending on the MOMO hash power.

ChainZ Arena is a unique cross-blockchain and cross-platform idle RPG game. From battle quests to arena gameplay, ChainZ Arena players will be able to explore the entire arena world at ease. The game allows you to use any of the three blockchains, TRON, ETH, and EOS, making it a perfectly accessible game for many people. In the game, you can summon heroes using the elements and elemental combinations to take down your opponents.

NFT Farmer is probably the most popular game in the MOMOverse. NFT Farmer combines DeFi with GameFi and play-to-earn elements. Players are rewarded through yield farming, a free market for NFTs, and MBOX tokens. You can play MOMO NFT Farmer for free and farm NFTs. Once you farm these NFTs, you can provide liquidity in pools. You will also receive NFTs through yield farming and earn NFTs of real-world monetary value. NFT Farmer includes amazing features such as its MEC super raffle and hash power lottery.

Aside from these games, an upcoming MMO game called Clash of Moland is in its beta testing phase. We previously covered an article on this, but you can also find more details here.

After the successful Alpha test in August, the blockchain MMO game Clash of Moland is ready for a beta test on Mobox. The beta test event will run for two weeks and end on the 21st of September. We’re going to find out more about the beta testing and look at the potential rewards.

Similar to the alpha build, players need to click on the ‘Clash of Moland’ part of the homemade and log into the Mobox app to play. You must hold real MBOX and MEC tokens to access the beta title. The Mobox team has stated that they will refund all MBOX and MEC at the end of this beta test season.

Features in Clash of Moland

Clash of Moland is the upcoming MMO game in the MOMOverse. The game allows players to build their own empires, manage and find resources, and fight other territories to earn more rewards. In the beta test for the game, there are several new changes to how the game works.

Firstly, the castle. The team has added a medical center into the castle, which can treat injured soldiers and keep team morale high.

The team has removed instances and added more No Lord City and City Buff in the world aspect of the game. Players can also use the world terrain to defend against their enemies.

The team has also designed the skills of heroes and removed faction restrictions. This means that players can join any alliance they want.

Finally, there will be three limited-time events in the Beta testing phase of the game. This includes Harvest Time, Clarion Call, and Siege of the City. Harvest Time allows players to obtain double rewards while collecting resources. Siege of the City allows members of the alliance who completed No Lord Cities to receive better rewards. Finally, Clarion Call will enable players to get double rewards when battling Orc Marauders.

The MOMOverse is a varied metaverse full of exciting and varied NFT games. Through the exciting play-to-earn elements, you’ll be bound to find something you’re interested in. make sure to keep up with our Mobox updates and the upcoming Clash of Moland game.