A blockchain-based open fantasy MMORPG free game with a mission to provide a safe place for users to use their tokens. Unlike most open-world games, MUNDO focuses on pushing the boundaries of this industry by letting players trade in and out of the game.

The platform utilizes the Binance Smart Chain for transactions, giving unprecedented flexibility and speed. The game has put strict emphasis on system security to ensure safe and reliable transactions for its users. Moreover, the game has a great look to it as well, with an appealing design theme. The game looks like it could finally be the one that brings enjoyable gameplay to the table along with a decent P2E mechanism.

Learn about the numerous earning opportunities MUNDO has to offer and much more below.

As a gaming-community-focused company, the origins of MUNDO are based purely on the needs of gamers. MUNDO is an upcoming next-level blockchain game aimed at bringing cryptocurrency and smart contract-based protocols to the mainstream. Their gaming service has no corporate entity as an intermediary. If it hasn’t been clear yet, it soon will become easy to see why this MMORPG title is the future of the gaming business.

MUNDO is free to play and will enable players to make money as they play, because of the innovative token metrics and tax structure. Thereby, manifesting a digital world where playing MUNDO can be the main source of income for many of its players.

There are two types of pets in MUNDO; Statted Pet (accompanies on a mission and gives additional stats) and Looter Pet (used for picking up nearby dropped items). Within these two types of pets live many different characters with a diverse range of abilities.

Moreover, there are a total of 21 classes in MUNDO and all players will start at the beginner class called Vagrant at Level 1. By embarking on early quests, players can reach up to level 30 to advance to the first job. Once you reach level 80, the second job is available till level 120, where comes the third job change. At level 120, players can grind up to a maximum level 200.

The open World of MUNDO, named Maharlika consists of three main islands: NOZUL, VIS, and DANAO. These individual islands have many regions inside them, whereby traveling from one island to another requires a portal scroll.

Before we dive deeper into the Play-to-Earn model and the in-game tokenomics, let’s quickly go over MUNDO’s reward system:

Furthermore, the game’s Non-fungible tokens (NFTs) are one-of-a-kind, non-transferable assets created on the blockchain. These tokens may be connected to anything in the Mundo game. NFTs’ basic characteristics provide them a distinct value and categorically distinguish them from other forms of assets. These characteristics include verifiability, uniqueness, and indivisibility. 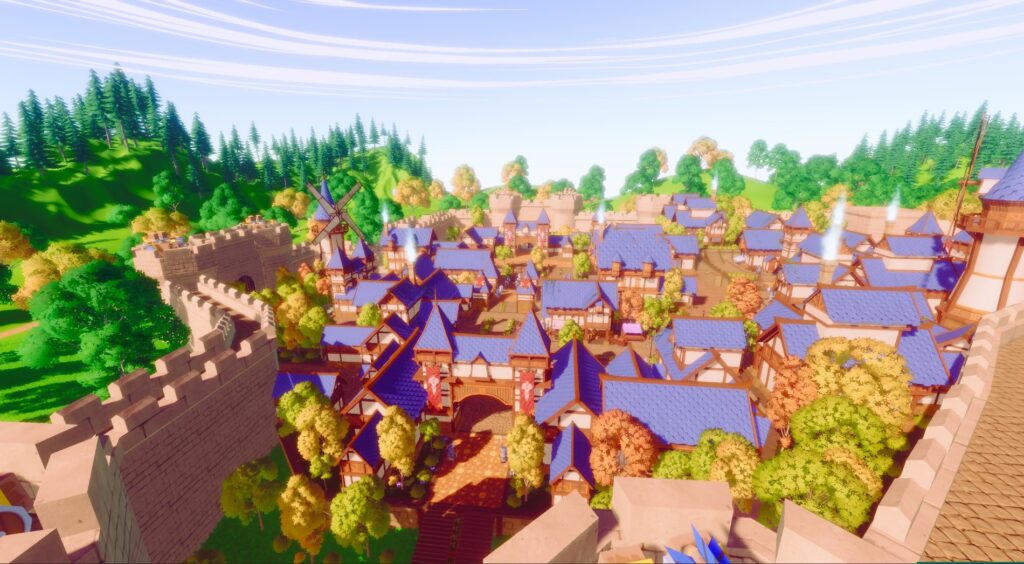 This platform is now allowing players or investors to experiment with new revenue strategies. Each Mundo’s underlying token has a genome that specifies its look, characteristics, and origin. Mundo cannot be duplicated or distributed without the consent of the user.

Founded in the last two quarters of 2021, MUNDO has already created a lot of buzz, thanks to its highly competent founding team. The socials of the game have quite a significant amount of following too. The game has over 54K followers on Twitter, around 27K members on Discord, and 43K on Telegram.

The current CEO and the founder of MUNDO, Joel Garcia, has been overseeing pioneering the gaming industry for over 15 years. Whereas, Faouzi Dahoua, the current CTO of the project, is a tech lead for a major Dutch-based Game Studio, with over a decade of experience in the field.

MUNDO is one of the rare and perfect combinations of the gaming and cryptocurrency experience, which offers immersive gameplay, opportunities to earn and trade. All under one roof. The game has big ambitions ahead and is on the verge of advancing the new generation of multiplayer-multiverse gaming.