OpenSea Auctions for LAND in The Galleria Are Now Open! 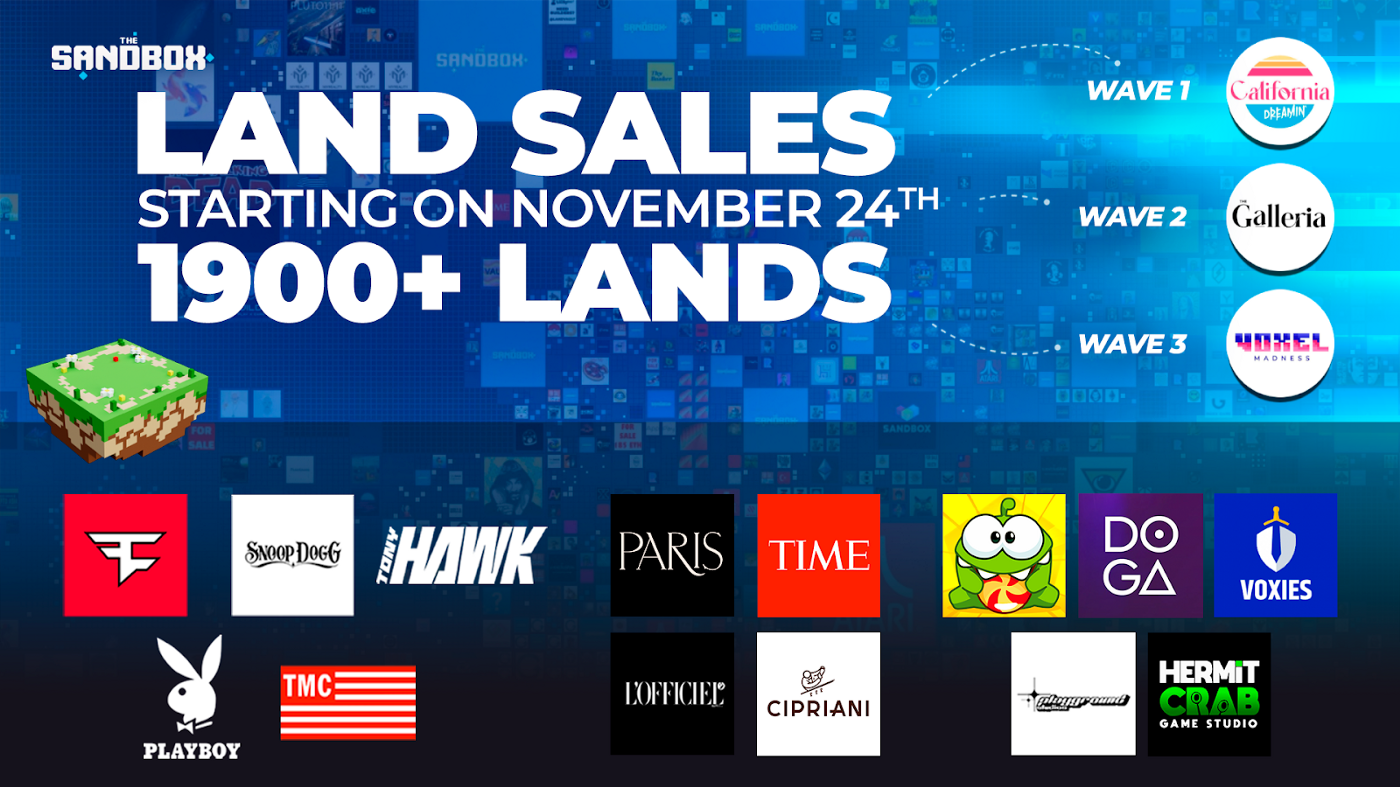 The Sandbox has announced that LAND auctions for its metaverse neighborhood in The Galleria are now open.

The auctions will be done via OpenSea, giving the community a chance to secure hot metaverse real estate next to some of the biggest celebrity and corporate brands.

The Galleria is part of Sandbox’s massive LAND sale wave that was announced a few weeks ago.

Be part of the coolest neighborhoods in the #metaverse where @ParisHilton, @TIME, #Cipriani & @lofficielparis reside.

What Is the Galleria?

The Galleria, as noted above, is a virtual neighborhood within the Sandbox meta. In fact, it is part of a major LAND sale that has been going on for the last few weeks. The Galleria is themed around fashion and hospitality.

To this effect, it is home to some of the best brands in this sector. If you are lucky enough to get some LAND here, you will be sharing this neighborhood with Paris Hilton, the queen of the metaverse. But that’s not all.

The Galleria is also home to Cipriani, one of the leading Italian restaurant chains in the world. There is also L’Officiel, a leading fashion and lifestyle magazine based in Paris.

According to the Sandbox, the Galleria will feature up to 347 LAND plots. Three hundred three of these will be regular plots, while the other 44 will be premium.

More on the OpenSea Auction

When the Sandbox announced this major LAND sale back in November, the plan was to do this through three waves. Also, the team opted to use its raffle system to give each user an equal chance of getting LAND in this trending neighborhood.

There was, however, a plan to auction some of these LAND pieces through OpenSea. The modalities of this auction are actually fundamental. LAND will basically get listed on the NFT platform, and then users will bid. Whoever wins the bid gets the land.

At the time of writing this post, both 1×1 LAND plots and 3×3 ESTATES were already listed there. Also, the highest bid in the OpenSea auction was around 20,000 SAND tokens. This is actually a 3X3 ESTATE, so it explains the high bid price.

On the other hand, the lowest bid was 1477 SAND tokens on a 1X1 LAND plot. The auction on OpenSea will continue until all bids are settled, and all the LAND is sold.

The Sandbox is, at the moment, running one of its biggest LAND sales in history. The sale was actually announced through a tweet two weeks ago. The Sandbox intends to sell over 1900 LAND pieces across its meta. The sale will also be conducted in three waves, The Galleria being one of them.

Welcome to your new neighborhood…📍 The Sandbox LAND Sale

Also, contrary to previous LAND sales, the Sandbox team has partnered with 14 different brands this time. These are not just corporate or institutional brands. There are also individual celebs in there, including Snoop Dogg, Paris Hilton, and others.

The first wave of LAND sales has already started. Dubbed California Dreamin’, the wave features LAND plots themed behind the Golden State. From the sunny beaches to the laid-back Cali vibe, users get to experience this magic like never before.

In addition to this, California Dreamin’ also features celeb neighbors, including Snoop Dogg and Tony Hawk. There are also additional brands like Playboy in the mix. The second wave of LAND sales is supposed to be the Galleria. We have discussed this above.

Finally, the Sandbox is also offering a web three gaming LAND sale called Voxel Madness. For now, sales for this wave are not yet open. In fact, the goal is to open Voxel Madness to the Sandbox community in early 2023.

Gaming brands like Dogami will headline this sale. It will also be an opportunity for web3 gamers to get a piece of a web3 gaming-themed meta.

What Are the Requirements?

To get some of these LAND plots, users will need to meet certain criteria. For starters, they must pass Sandbox’s KYC requirements. KYC has been part of the LAND buying process for some time, making a lot of sense.

In addition, the Sandbox meta uses a raffle system to bring in buyers and allocate LAND. This is part of a comprehensive plan to make LAND sales fair to all.

Before any wave of LAND sales is opened, users can enter their names into the raffle. Make sure you do it before the deadline lapses.