Play To Earn Comes To Payfoot 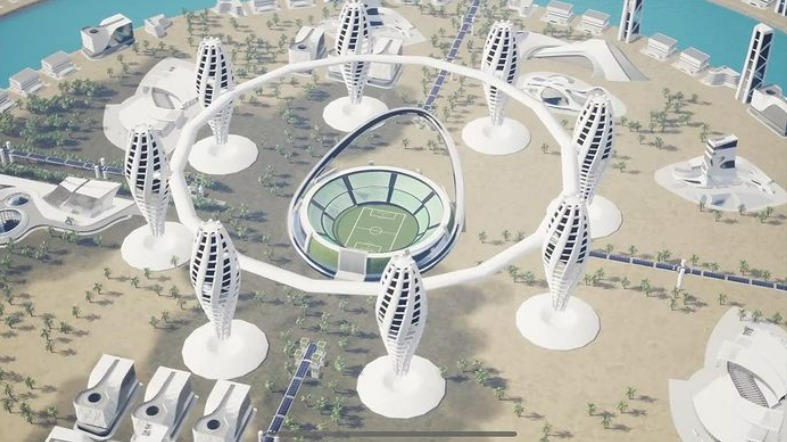 The Football metaverse PayFoot is on a winning streak. The first sports-related digital currency and social engagement platform to connect football lovers to an esports universe now offers a play to earn.

“The first metaverse that replicates the football ecosystem and its economy, including the ability to build new stadiums and buy real estate via NFTs created on the Payfoot Blockchain. The governance of the metaverse will strongly involve the fan community through club tokens.” – Playfoot.

The legendary french team, S.C. Bastia, has recently joined forces with the blockchain and partnered up to create the metaverse (more on that later). Founders of Payfoot, Hélie d’Hautefort and Thibault Verbiest, said, “we are reinventing the way fans – especially the young generation – engage while providing a new source of revenue to clubs”. The partnership is a significant step towards a major virtual football league.

The ad sometimes feels like you’re joining a cult (the traditional clapping of fans in slow-mo especially). However, the community is the beating heart of this game. The stunning visuals and players have many opportunities to immerse themselves in this exciting virtual world.

“Payfoot Metaverse is a digital replica of the football world ecosystem and its economy. Fans will have the opportunity to buy, build and design their house next to their favorite Metaverse Stadium and monetise it through events, after parties, pubs, restaurants…” – Payfoot Light paper.

Facebook jumped into the metaverse when it became apparent it was the future of the internet, changing its corporate name to ‘Meta’. The metaverse isn’t unique to that particular empire, however, and has the power to change almost every aspect of our lives.

“In the simplest terms, the metaverse is the internet, but in 3D” – Deloitte.

Building the metaverse offers experts a unique opportunity to invent new worlds. Utilising V.R., AR and X.R., it’s possible to dream accurate and detailed virtual personas into existence. Play to earn in the metaverse uses  NFTs to create in-game assets with real-world value. Cash-out creations for real money and reap the rewards of your in-game success.

In Payfoot, this translates into collecting PFT, or Payfoot tokens.

Stable, decentralized and inclusive. PFT is a currency with a stable value enabling players to purchase in the network without losing purchasing power. The developers and owners of Payfoot have created a world of financial inclusion through footie (or soccer, for our U.S. readers). Build epic stadiums, cultivate the best performing players in the metaverse, trade and loan out what you will and party like the real-world players in clubs of your own making.

“PayFoot is the next generation payments solution powered by the blockchain technology.” – Gulf News.

C-Foot is the currency of the Payfoot Blockchain. Use it to pay gas fees for operations on the network, and players can receive, transfer (and soon buy and swap) where PFT offers exchange and inclusion and C-Foot for creating wealth and is used to promote the use of PFTs.

The Future of Play To Earn Football

“Overall, the metaverse is expected to grow gradually and arrive in the reality of sports fans. – Payfoot.

The metaverse, and the virtualization of real-world activities and industries, are here. Virtual reality supports real-world behavior. Worldwide, V.R. helps perform complex surgeries, train engineers and much in the gaming universe. Payfoot has taken a tremendous next step. Solidifying virtual football into the metaverse provides real-world rewards for virtual investments.

For enthusiastic sports, Payfoots is an opportunity to play a more active role in the beautiful game. They can engage with fellow fans and create their dream team.

Football has come home to the fans that have made it the global titan of sport it is today.