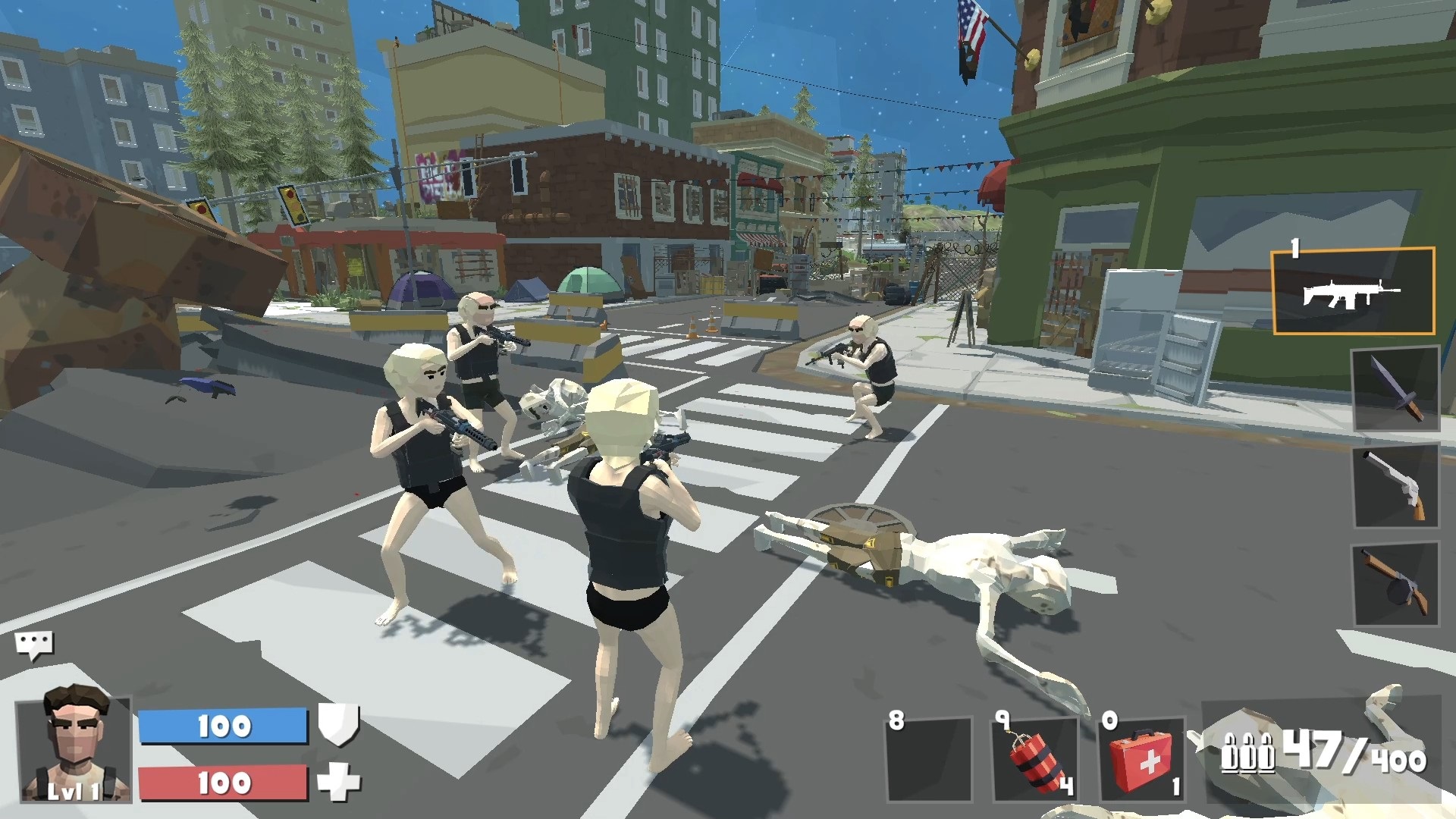 Polygonum is a game that claims to be a knick above its competitors in the gaming industry. Yes, we mentioned the “gaming industry”, and not just NFT gaming, as it challenges its conventional competitors as well. The game is an open-world, survival shooter, and it’s looking to rival the likes of Axie and My Neighbour Alice in its P2E capabilities. On the other hand, it boasts to have more in it for the players, as compared to a blockbuster like PUBG. Are all these claims baseless, or do they actually have some solid backing? Let’s dig deeper into the Polygonum metaverse.

The game is a DeFi, P2E crypto title where players can earn on virtually anything. The supply and demand, as claimed by the game itself, are controlled and driven by players themselves. Polygonum is also Free-to-Play, so you won’t need to buy expensive NFT parts to play the game. Moreover, it consists of an open world, so players can just about roam around wherever they feel like on the playable map. An important and intriguing factor of the game is that it supports cross-platform multiplayer. This feature is crucial for game developers to consider moving ahead, as the future is going to be cross-platform.

Polygonum doesn’t want to be the best P2E game out there, nor the best open-world survival shooter either. It aims to fit somewhere in between, so players can get the best of both worlds. Earning from boring, repetitive P2E games, and playing good games with practically no rewards – both are not ideal options for gamers. Polygonum wants to provide good gameplay that is enjoyable in itself, along with providing players the ability to earn as well.

The Polygonum metaverse has been crafted carefully, giving thought to multiple important factors in play. The developers have kept every type of gamer in mind, sectioning the map to allow for different play styles. There are 3 main zones in the game with their own activities and functions.

This is a safe area in the game, free from any type of fighting or aggression. Here, players can store their items for free, craft materials, and upgrade their existing items as well. Moreover, the NFT and NPC Marketplaces lie in this part of the game as well. You will also be able to do quests for NPCs here. On top of all this, here you can build your personal private island/farm, where you can chill with friends and also earn money from it.

This is a slightly more open zone as compared to the Farm Zone. Here, you might be required to engage in some sort of clashing with enemies. However, don’t be too scared, as you’ll only come across low-level zombies and some wild animals – nothing you can’t handle! Moreover, this zone is also used to mine for materials like ores, and extract other valuable resources. These resources can range from food, lumber, cotton, and much more. You’ll have to travel to this zone if you’re going to complete the NPC quests that you get from the Farm Zone.

Here, things can get a little tricky for novices. The PvP Zone should not be accessed unless you can deal with danger. You’ll come across not just deadly zombies looking to finish you, but also zombie bosses and other real players. Players will receive bounties for killing others, and there will often be rare loot and resources in this part of the game. In this zone, there are 2 cities to further divide the threat. City 1 is still somewhat safer, with a lower number of zombies present. However, City 2 will consist of not only more zombies, but also a higher chance to come across a zombie boss. Although, keep in mind, the riskier the act, the bigger the reward!

Polygonum opts for a dual-token system, which is quite common to see in NFT game projects these days. There are two main coins in the game: the POG coin, and the Skill Point (SP). The prior is used for governance purposes and in the NFT marketplace for trading. Moreover, it can be used to upgrade your items, and even for staking purposes to get further rewards. SP token on the other hand is the in-game currency. You’ll receive SP for completing quests,  owning a farm, PvP zone survival, and extracting resources, amongst many other sources. This can be used on the NPC marketplace to buy non-NFT items.

How to Earn in Polygonum

The earning mechanism in the game is simple, as you’ll be doing what you’d mostly do in any other P2E NFT game. You can go down the NFT trading route, where you don’t focus much on the gameplay, but on the trading part of the game. Buy NFTs when the demand is low, and sell them when it’s high to get profits. You can also stake the POG coin to get NFT items, which you can also sell on the marketplace for profits.

However, you can also opt to earn by playing the game and earning SP instead. This will require you to acquire a farm, go out in the PvP zone regularly to collect more rewards, and extract useful resources. The more resources you’ll have, the more SP you’ll be able to make, especially from the NPC marketplace. This is also a great way to earn in Polygonum.

The socials of Polygonum Online are quite impressive, with a hefty following all around. They have a total of around 158K followers on Twitter, about 44K members on Discord, and almost 60K members on Telegram. These are stellar numbers, and it’s definitely a good sign for a game to have before launching a full release.

The game was developed by Marcius Studio, a web-development studio that works on not only games but also other applications and blockchain integration. There are several game developers in the team, including Unity experts.

All in all, Polygonum seems to be a great project that will be out soon. The MVP of the game is already complete, with the alpha around the corner as well. Such a smooth integration of great gameplay and a well-functioning P2E mechanism in place is definitely a rare sight to see in the world of NFT gaming. Kudos to the team behind the game!