PRIMAL Gets Ready for Launch on the Step Launchpad 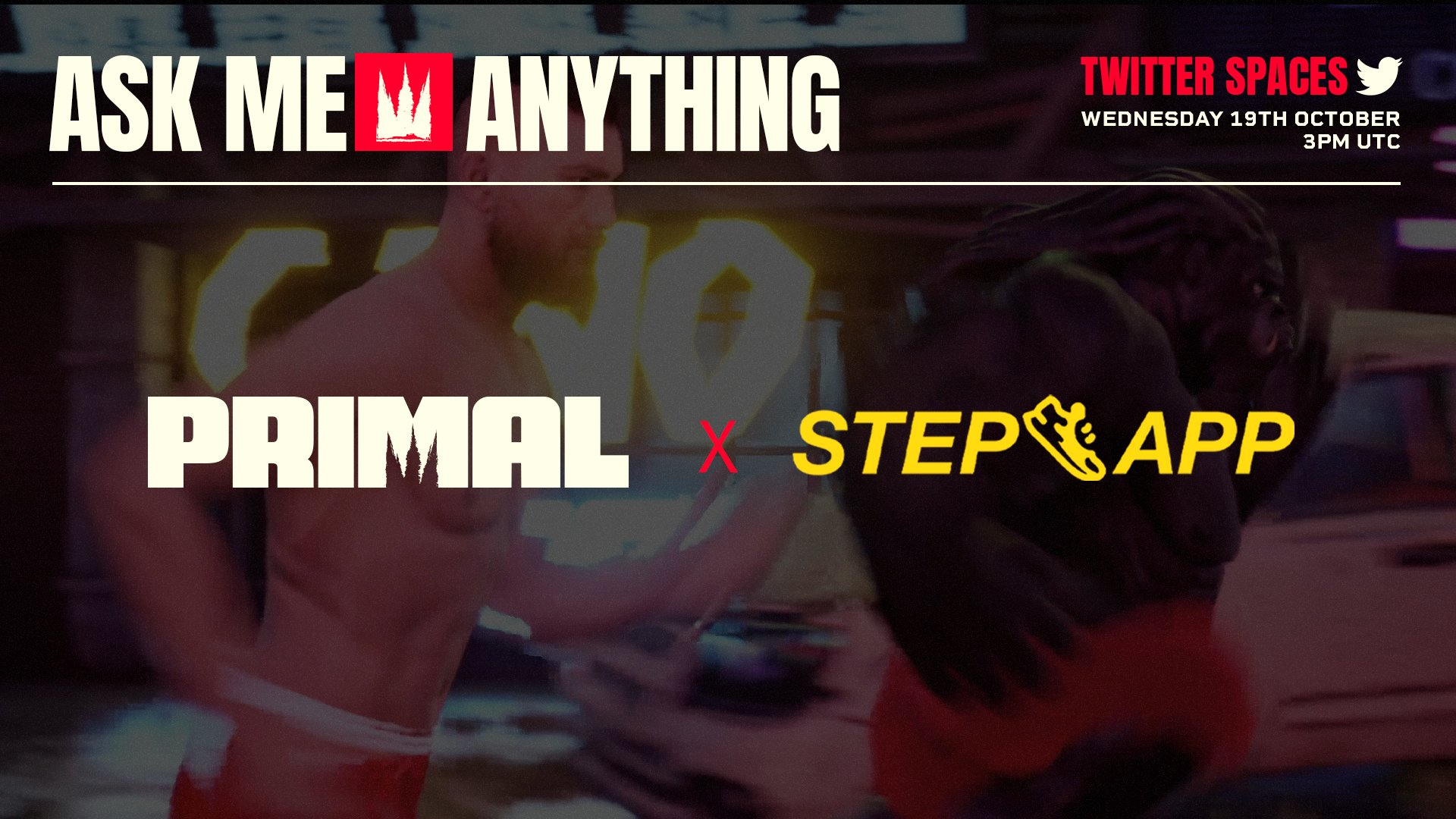 So far, Step App has gained commendable fame across the web3 and move-to-earn space. Thanks to the unflinching support of top world athletes, the platform is aiming to take the industry by storm. Most importantly, Step App is onboarding new developments on its Step chain – and one of them is PRIMAL.

PRIMAL is the first token project that combines the power of passionate athlete fandom and M2E techniques. By doing so, users can collect fan tokens representing more than 250 major athletes. Notably, these athletes are recognized across major sports, including football, cricket, and MMA.

In recent times, Step App has hit the headlines, especially for its upcoming inaugural event scheduled for December 1, 2022. Also, the platform will be unveiling its official Step APP at the event. To add glamor to the occasion, world-famous Olympian, Usain Bolt, will be in attendance.

Step ecosystem is reaching an enormous global appearance, with the support of the world's biggest athletes. Now #StepLaunch will explode the developer activity on the network.

So far, the bond between fans and athletes is not owned by either of both parties. Instead, the companies do – and they make huge incomes from it. However, PRIMAL hopes to change the situation and give the experiences to “their rightful owners.”

Come to think of it, PRIMAL is right! Fans do not maintain good relationships with companies; instead, they establish bonds with people. As such, it is a welcome idea to give them the opportunity to connect better with their favorite athletes.

As announced, more than 250,000 users have registered for the beta, making PRIMAL ready for the launch. Also, over 100 athletes are on board, ready to launch their fan tokens. PRIMAL will be launched on November 14, 2022, as the beginning of many interesting experiences.

How Does PRIMAL Work?

Notably, PRIMAL taps into two inspiring operational techniques. First is the STEPN-style sports, which encompasses all fitness activities which fans can participate in and earn from. Basically, STEPN operates with a popular M2E strategy.

Next are the Chiliz-type fan tokens. By holding these fan tokens, fans can participate more in the platform’s activities, including voting and exclusive launches. This way, PRIMAL gives them unique experiences and more chances of earning.

Onboarding the next billion users:

In What Other Way Is PRIMAL Fan-Oriented?

Interestingly, PRIMAL uses fan tokenization to create mutual relationships with athletes. By doing so, they can get to know athletes on 1-on-1 bases and influence athletes’ decisions. According to the platform, “these are the raw and genuine interactions that fans seek and athletes wish to enable and scale.”

Also, fans can engage in workout sessions in real life and earn on the PRIMAL platform. This way, they can be healthy and fit in real life and still earn for that. While it is a cool feature, it also goes in line with Step App’s fitness finance technique.

Furthermore, there will be inner circles for all athletes. These are private communities or groups which fans can join to get closer to their favorite athletes. When fans join, they can learn from their stars and work out together with them.

While this might sound a bit spooky or occult-ish, it is not. Rather than that, the term “Inner Circle” refers to the private ecosystems created by athletes and celebrities on PRIMAL. Within these ecosystems, they build exclusive training grounds that fans can access and train with them.

Notably, customized NFTs are issued to star athletes, which they can utilize to maintain rapport with their fans. These NFTs can be purchased by users to support their stars. Additionally, users are expected to pay PRIMAL tokens into their athletes’ vaults to gain access to their inner circles.

PRIMAL’s in-game tokens are two, with each having its unique function. Firstly, there is the $PRIMAL token which is regarded as the platform’s governance token. With this, users can participate in various activities, including staking, buying, selling, burns, locks, and buybacks.

Fans are expected to pay their $PRIMAL tokens when they subscribe to their athletes’ inner circles. Also, they can spend $PRIMAL when they want to buy virtual & physical items from them. Similarly, they can burn the tokens to mint limited edition PRIMAL NFTs.

The second token is the $ENRGY token, which is the “reward ecosystem token”. $ENRGY is a secondary token introduced on the platform to reward users for activities. Also, it can be used to upgrade PRIMAL NFTs and heal their wounds.

Currently, Ecosystem Incentives and the Public hold 25% and 18% of the entire platform, respectively. Also, Liquidity, Staking & MM account for 15% of the platform. About 33% of the platform is shared between the Team, Private, and Development Reserve.

Meanwhile, Partners & Advisors constitute about 6% of the platform and 3% goes to Marketing. At the moment, PRIMAL’s IDO price is $0.0016, with about 5 million tokens in supply. Additionally, PRIMAL has an initial market cap of $484,000.

What Influenced the Step App Launchpad?

The simple answer is the developing Step App ecosystem. The platform has recorded huge increments and promotions arising from the support of its partners. As a result, Step App decided to “explode the developer activity on the network.”

With the launchpad, decentralized apps that fit into Step App’s goals can thrive well in the space. This way, new and existing members of the Step App community can enjoy more engaging experiences. Also, they can be part of fan clubs on the platform.

For athletes, the Step App Launchpad provides the opportunity to issue fan tokens. Also, they can get into “private inner circles with fans.” By doing so, they can connect better with them and build strong, passionate fanbases.