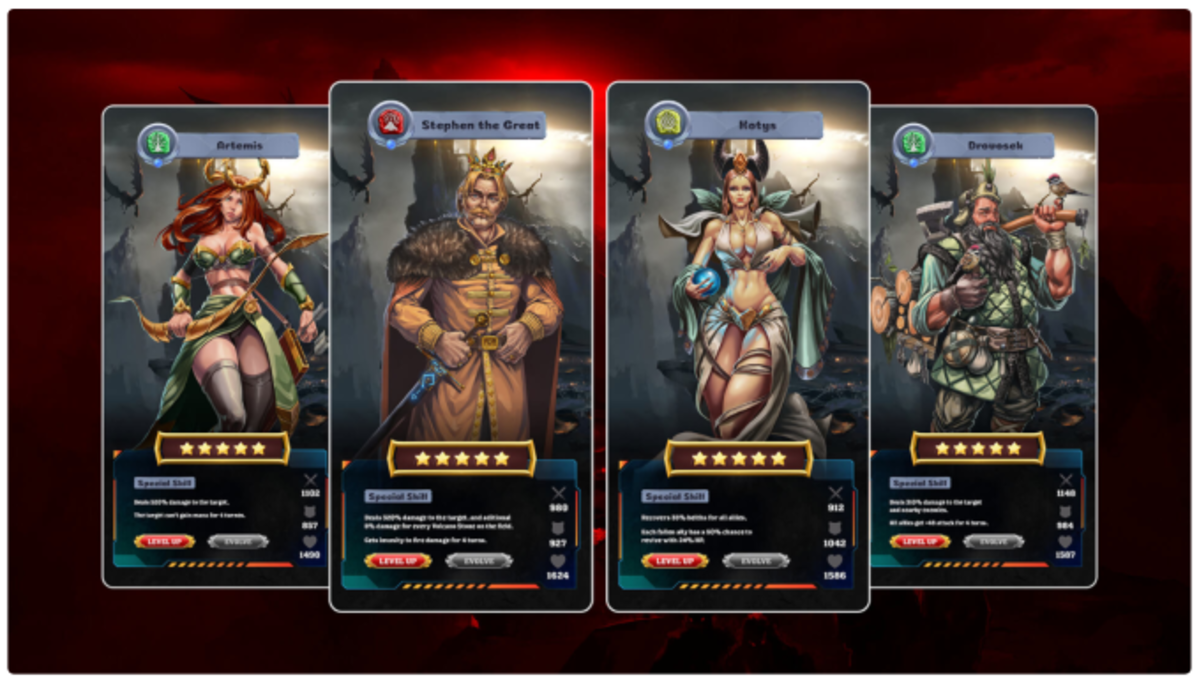 Today, the world is evolving and the concept of gaming is getting better at each turn. With blockchain games such as Puzzles Crusade, players get to have an even more amazing experience coupled with awesome gameplay and the ability to earn awesome in-game items as well.

In this article, we will be taking a look at Puzzles Crusade, one of the most amazing blockchain games out there.

If you are an experienced gamer, and you haven’t gotten a chance to experience the awesome gameplay present in this game, at the end of this article, you should check it out.

All said and done, let us take an in-depth look at what Puzzles Crusade is all about and what it has to offer gamers.

Puzzles Crusade is an RPG blockchain game built on the Polygon Layer 2 Blockchain and best suited for iOS and Android.

The game also has incorporated a unique Metaverse that players can use to explore and conquer the in-game world.

Puzzles Crusade is inspired by the most famous and successful Mobile RPGs of all time but this time built with true player ownership and decentralization in mind.

At the moment, the game has taken steps to have unique gameplay, a good combination of digital assets, and an excellent ecosystem featuring NFTs to truly stand out in the Metaverse space.

In the Puzzles Crusade game, players are tasked with conquering the map in PvE mode, slowly but surely advancing to the next stages while trying to save a fantasy world from total oblivion.

In addition, players can battle among themselves in PvP mode, earning amazing rewards in turn for their efforts.

While in action in the Puzzles Crusade game, energy will be required which are of three kinds (World, Titan, and Raid energy). Each of these energy has a unique rate of regeneration and maximum.

Players can restore some of these energies by imbibing them through a flask or they can restore them when they achieve a new level as a player.

At a new level in the game, the World, Titan, and Raid energy is fully restored which is probably the best way to restore these energies.

Lastly, thanks to the blockchain and mechanics of this game, players get complete ownership of their in-game assets as all heroes, weapons, skins, and buildings will be NFTs and 100% owned by them.

Tribes are communities created by players to build a better connection between the players with quests that require the efforts of all members to support the tribe’s growth and collect valuable rewards.

Players can only create a tribe when they meet a certain level and even when that requirement has been satisfied, they will be asked to pay a small fee.

Players who do eventually create a tribe can set the minimum requirements needed for becoming a member which in turn will increase the quality of the tribe.

For players that wish to join a tribe, they can do that when they meet the tribe’s minimum requirements.

Advantages of being a tribe member

The Tribe’s Collective Roaster: The collective roaster features a list of heroes that are not currently in use which is accessible to members of the tribe for a limited period.

The Tribes Quest: The core feature of the Tribe. Every week, the Tribe Quest system will generate many quests with increasing difficulty and rewards. Based on the volume of quests completed, members will receive various rewards.

Tribes War: A feature that allows tribes to challenge each other. The matchmaking happens based on a rigorous algorithm. As always, the winner gets better loot.

Mana is an in-game asset of the Puzzles Crusade that powers the special skills of both heroes and enemies. The Mana is usually displayed as the bar immediately under the health bar of the hero on the battlefield.

When players fill up their hero’s mana they get to use the hero’s special skill and the same goes for the opponent’s heroes.

For heroes, the mana bar fills when players make matches of the same element as the hero.

There are 5 levels of mana speed possible. These levels correspond with how many matched tiles it takes to fill their mana bar.

Ghosted tiles (tiles that hit no monster) provide twice as much mana as those that hit (thus for Slow it would be 12 hits or 6 ghosts). 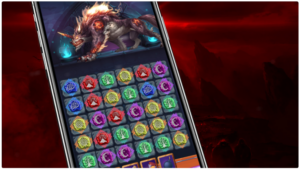 Titans are bosses that may only be fought by members of a tribe. There are titans to match each element at each star level.

Each titan appears on the map for a maximum of 22 hours, with a one-hour wait period before the next titan will spawn. The level of the titan that spawns is dependent upon the tribe’s Titan Score.

Titan battles are against one big boss. Attacking a titan costs 1 Titan Energy. Each battle has a countdown timer of 1 minute and 30 seconds.

All members of a player’s tribe have a chance to attack the titan. Each battle contributes to the total damage.

The titan is defeated when the tribe collectively wears down the titan’s HP to 0. If the titan is not defeated before the 22 hours are up, it escapes.

Titans have visible weak points. Tiles sent into the weak point do additional damage, and if a player hits the weak point with three tiles (regardless of color or damage done), then the titan will be stunned for one turn and unable to attack.

Puzzles Crusade is built on a dual currency + NFT asset model. This allows the game to work within the Apple & Android app stores, which currently prohibit crypto tokens to be integrated into apps.

In addition, the game’s in-game economy has been designed with scale and longevity in mind.

A dual currency model is combined with an extensive set of customizable tradable game assets as well as multiple active and passive earning mechanisms that can be leveraged by the players.

The Puzzles Crusade has an in-game currency called $PCOIN which is used for action, reward, and purchase within the mobile application.

Lastly, the game has a crypto token called $PUZZLE which serves as the governance and utility token in the Puzzles Crusade ecosystem.