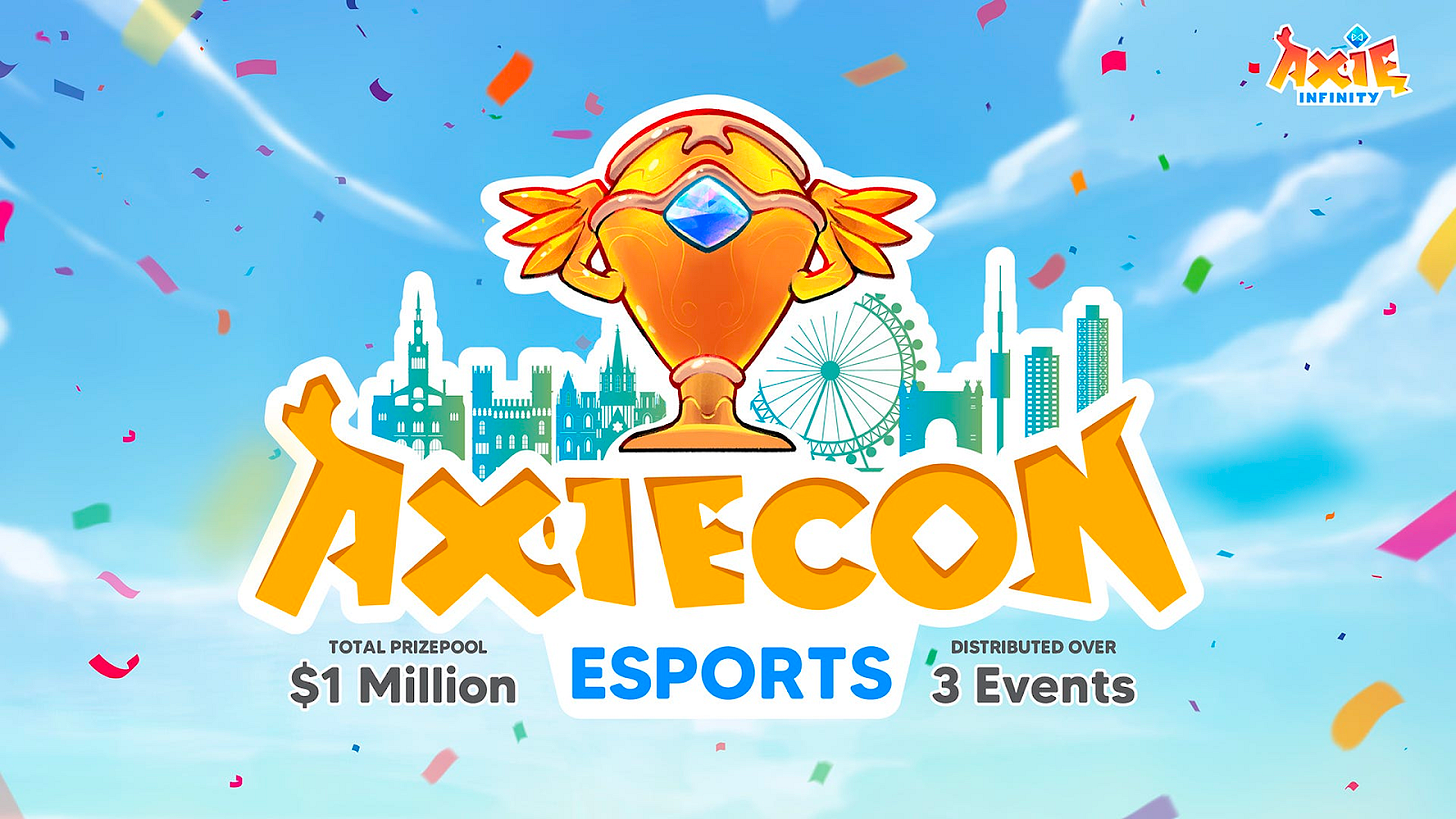 Axie Infinity is without a doubt one of the leaders of the Play to Earn industry, being the face of P2E games in general. The game has come closest to what players can expect from a P2E game, considering only the earning side of matters. Now, there’s another reason why you might have wanted to get involved with the game – the Axie World Championships.

The game will be hosting its top-of-the-line tournament which will see hundreds of thousands of players participate. The competition will take place with PvP matches held globally. The total prize pool for the entire Axie World Championships is set at $500,000 – all for the participating players. A tournament of this calibre is a testament to how far Axie has come as an established game.

We’ll be going over the tournament specifics and other general information regarding the game. Read below for more!

Well, if you don’t know what Axie is, and you’re here on our website – then you’re in for some real educating! Axie Infinity is one of, if not the biggest NFT game out there. The game provides immense earning opportunities for its players, hence why its user count has grown so much. Axie’s gameplay is nothing too fancy, as it’s just a card-based game with simple game mechanics. The only complex part is the strategies involved in using your cards.

However, there are many features and functions in the game that have helped it become so popular. One such feature is the scholarship system, which provides the aid players need to earn as much as possible from Axie.

Another thing to notice with Axie is its design system, being particularly adorable to look at. The Axies also look cute, even with their angry, fighting faces on. All of that is meant to appeal to the players, mostly comprising of a younger demographic.

The Axie Infinity World Championships are going to begin in a few days, with the very first matches taking place on the 28th of July. Players are encouraged to apply from anywhere in the world, as there are no requirements to enter the tournament. The only pre-requisite is that a player needs 3 Axies to register for the championships. Other than that, no matter what part of the world you’re from, what device you’re playing the game on – it doesn’t matter at all!

Registration is Open for the Axie Classic World Championship!

The championships will consist of two branches: the East region and the West region. It doesn’t matter which one you enrol yourself into, other than the time slot that’s suitable for you. Players can choose whichever region, regardless of where they’re living to register. Moreover, each region will have 8 qualifiers, and again you can take part in any of them. Here too, you can either take part in one or all of the qualifiers – it all depends on what time and date suits you best!

Dates of the Qualifiers:

These are the dates of the qualifiers for the Championships, as picked up from the Axie Infinity Substack:

After the end of the qualifiers, the top 1024 spots will be taken from each region. These players will advance toward the 2nd phase of the Axie Infinity Championships. However, keep in mind that the first stage is only for qualification, and there won’t be any winning rewards here.

Now, things get much more difficult in phase 2, as only the top 16 will be selected for the 3rd phase from each region. However, the top 100 players from each region will be awarded winnings in this phase, with the last placed reward being $250. The top-ranked player will walk away with a comfortable $2,500 in winnings, ALONG with being qualified for the next phase.

In the 3rd phase, if you’ve managed to make it this far, you can guarantee yourself earnings at this point. Even the 16th placed players for each region will walk home with $1,250 minimum. However, first place gets you a whopping $25,000 here, so don’t slack off! The top 8 players from each region will move onwards to the grand finale at AxieCon.

The grand finale of the Axie Championships will feature 16 players who will battle it out in a LAN-based tournament. The entire winnings pool from stages 2 and 3 will be equal to the winnings that these 16 players get in the Final.

Don’t worry though, because even the last placed players at the Final will get a respectable, $5,000. The total prize pool for just the Final itself is $250,000.

To make sure you’re at your A-game, you need to have a few things prepared. Make sure you’ve practised a lot with your Axies and know their moves inside out. We’ve laid out a guide to becoming a top player in Axie in just 15 minutes. It will provide you with all the info you’ll need to start out with the game.

Moreover, you’ll also have plenty of questions regarding the Axie Infinity Championships before getting registered. This is understandable, and the Axie team have done a great job in providing support to everyone. Just head on to the official Discord server of the game, where you’ll find the moderators to ask questions. Best of luck!

For more Axie Infinity-related content, and other P2E news and updates, head on to PlaytoEarnDiary.com!