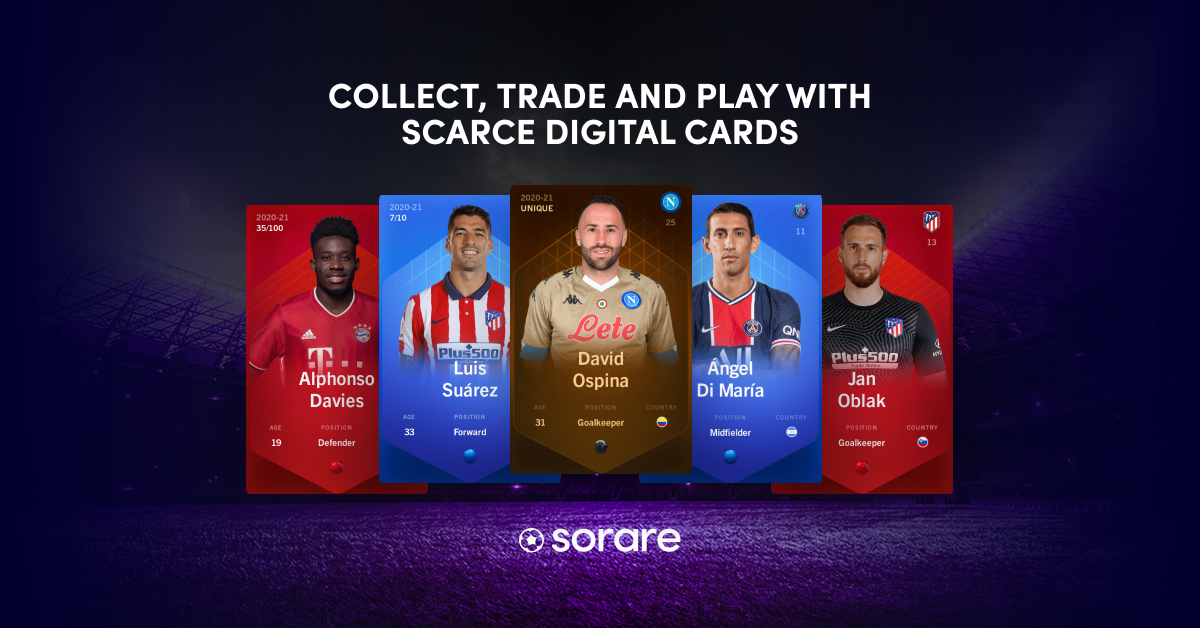 Sorare’s Official Twitter account today announced that Ronaldo’s new unique Legend Card is here to expand his entire Sorare card collection. The Ronaldo Legend Card is to mark his debut with Real Madrid during the 2002 to 2003 season.

What are Legend Cards in Sorare?

The Sorare team stated that there were a few of the athletes that had many legendary seasons who were deserving of a card.

Please take note that they will produce 1,111 unique variants of each Legend’s season card NFTs in order to meet demand. Your Legends will eventually make their way back to the pitch if they are successful in the Legends Challenge tournament.

The scoring system for these new events will see Legends taking the score of the player in their club who has the highest scoring average for their position.

How do Legend Card scores work in Sorare?

When considering utility for Legends cards that feature jerseys from a national team, take, for instance, a Michel Platini national team edition card as an illustration.

Platini will take the score of the midfielder who scored the most goals for the team he was with during the season and write it down on the card during the club game weeks, which is Juventus.

Platini will take the score of the best-scoring midfielder on the France national team during international Game Weeks. This will allow him to take credit for more goals.

Only Legends who are playing in their national team kits are subject to these guidelines. During International Game Weeks, the Ronaldo PSV card, for instance, will not count against a player’s score.

To be eligible to compete in either of these championships, you need to own at least one legend card in your collection. There is a limit of three legend cards that can be played.

Therefore, players who are still actively participating should take the final two spots available. Participation in the contest known as the “Legends Challenge” is restricted to only a select few card holders.

On the other hand, cards that are rare, super rare, or even unique can be used in the competition known as “Legends Challenge Pro.”

What the Ronaldo Cards Already Available on Sorare?

The least expensive card listed on there is worth £42.10.

What is the Controversy surrounding Ronaldo?

Over recent weeks, Ronaldo has been at the center of a great deal of attention, mostly because his status at Manchester United has been called into question on a regular basis. In certain situations, he has not helped himself, such as when he declined to come on as a replacement and departed a game early. In other situations, he has helped himself.

There has been a steady flow of rumors regarding who would be interested in purchasing the 37-year-old player from United, and this has been going on for quite some time. It was becoming increasingly unlikely that he would continue to call Old Trafford home for an extended period of time.

Over the course of the last few hours, the situation has become even more unbelievable. In an explosive interview that Ronaldo gave to Piers Morgan, he made a number of controversial statements, including the one in which he stated that he does not respect Erik ten Hag.

It is said that the winner of the Ballon d’Or an incredible five times feels “betrayed” by Manchester United. In addition to that, he has made criticisms of other public figures, such as Ralf Rangnick and Wayne Rooney.

On Wednesday evening at eight o’clock, Talk TV will air the entirety of his conversation with Morgan, which lasts for around an hour and a half.

What Other Famous Athletes Have Signed Up with Sorare?

As Sports Pro Media reported recently, a new free-to-play social game incorporating international teams has been released by Sorare in front of the Fifa World Cup, which will begin later this month in Qatar. Soccer superstar Lionel Messi has been brought on by Sorare as a global ambassador.

Sorare has a stable of athlete investors, including tennis legend Serena Williams and Messi’s teammate at Paris Saint-Germain, Kylian Mbappé. The company is hoping that Messi’s global profile will drive awareness of its platform and encourage sign-ups. Kylian Mbappé is also an investor in Sorare.

As part of the agreement, the Argentinian forward will also collaborate with the company on the development of new products and user experiences, and it is reported that he has also acquired an equity position in the company as part of the deal. Messi has just launched his own investment firm, which will concentrate on businesses related to sports, technology, and the media.