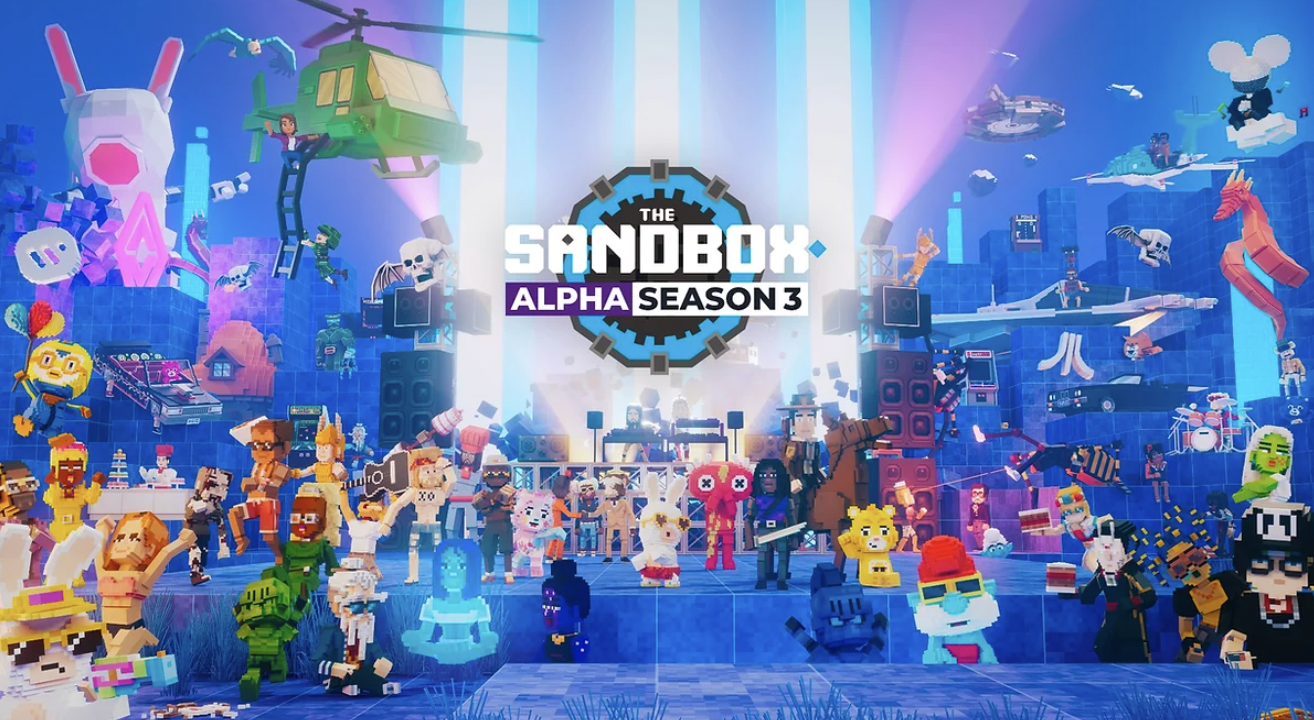 The Sandbox, the theWeb3  blockchain-powered virtual world, has announced a brand new giveaway in collaboration with Gods of Rock, a popular virtual band inside the Sandbox universe.

This special event, within the Green Inferno experience, is now exclusively open to VIP access for players who own Gods of Rock avatars.

From October 17th to 24th, participants have the chance to earn guaranteed $SAND rewards by completing and validating quests within the Green Inferno experience.

The Web3 metaverse game’s team tweeted: “I just wanna be a rockstar, baby! Live the dream inside The Green Inferno experience, which is now gated for VIP access to Gods of Rock Avatars. “Earn guaranteed $SAND rewards from October 17-24. LET’S ROCK”

I just wanna be a rockstar, baby! 🎸 Live the dream inside The Green Inferno experience, which is now gated for VIP access to Gods of Rock Avatars (@ToolsOfRockNFT) only 🔒 Earn guaranteed $SAND rewards from October 17-24

The Sandbox continues to expand its various in-game experiences and partnerships, providing exciting opportunities for players to fully immerse themselves in its virtual world and rock out as a rockstar.

The Green Inferno experience is available to anyone who has a Gods of Rock avatar. But it was also a popular experience during the Sandbox’s Alpha Season 3.

So what is it all about? Thankfully, we don’t have to guess. YouTubers like Allo uploaded their walkthrough of the Green Inferno experience to show players what they can expect.

In the video below, you can see how Allo’s avatar navigates the very green – Green Inferno. Various objectives are unlocked as the player makes his way through the game. The player can interact with characters that provide further information about various landmarks and quests.

The player can also complete quests that pop up on the screen. It is by completing and validating these quests that the player can then redeem rewards as part of the brand-new giveaway that is running this week.

The short 5-minute video gives you an idea of what you can expect if you try out the Green Inferno experience in the Sandbox.

The Sandbox: What is the “Tools of Rock” NFT?

Tools of Rock, a collection of over 8,500 unique NFTs on the Ethereum blockchain also has an analogous NFT collection also known as Gods of Rock.

This collection includes 10,000 generative “rockstars,” each with their own customized and researched traits inspired by some of the greatest rock musicians in history.

In addition, the collection features deflationary mechanics that allow users to upgrade their rockstars to become “demigods” of rock. This interactive feature adds another level of immersion for users, allowing them to truly enter a world dominated by rock music.

Tools of Rock continues to push the boundaries in terms of unique and innovative NFT collections, cementing its place at the forefront of the industry.

How is the community reacting to the new Sandbox/Gods of Rock giveaway?

The community is loving the new giveaway with many already giving the experience a go, and others asking questions of clarification to make the most of this experience.

Twitter user MugLife said: “Awesome! And I spy this clean rocker in the banner.” The user then attached an image of a Gods of Rock NFT with a halo above his head.

Awesome!! And I spy this clean rocker in the banner 🤩🤩 pic.twitter.com/DnCokDWAgy

Other users, like Fab_Meth, asked how to ensure that their quests have been validated. The user also attached an image of his avatar inside the experience, showing players what they can expect from this experience.

How do I know that the quest is validated ? pic.twitter.com/CPPTXDI33p

The Sandbox: Gods of Rock is yet another gated event in the metaverse

This is not the first time in recent times that the Sandbox has opted to run a gated event with one of its partners. The metaverse-based game previously hosted a similar experience with Steve Aoki and has plans on hosting more.

The mechanics of how these gates events will work were discussed in a Medium post previously.

Owners of the Doggies, BAYC, World of Women, Gods of Rock, and other collections will have a week of special access to specific in-game experiences.

In addition, completing at least one quest during this time period will guarantee SAND rewards for the avatar collection holder.

After this exclusive period, the experiences will open to all P2E players but without the special reward opportunity.

Events like the Gods of Rock gated experience are showing players how this works in practice.

The move is likely to create more utility for NFT holders which is a welcome strategy for those players who are likely to benefit from the special events.