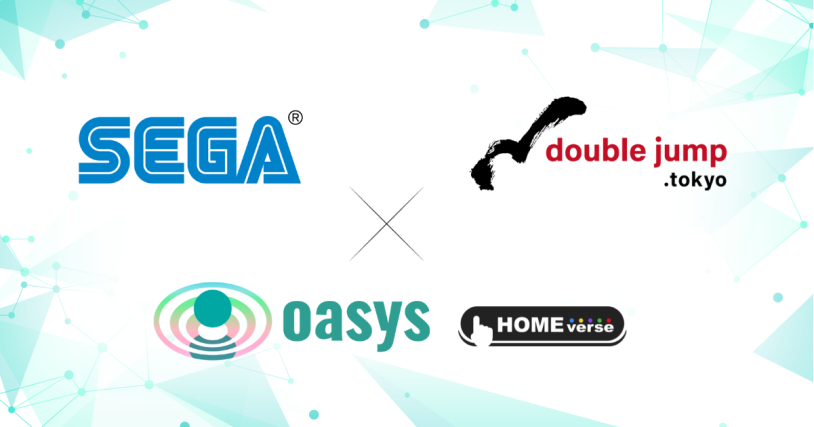 While the release date has not been revealed, the platform will enjoy the partnership of renowned Japanese software service, Oasys. The announcement – which came in on September 27, 2022 – features a double jump.tokyo’s plans to create a blockchain-based game within an undisclosed period. However, the game’s theme will be based on the popular Japanese myth, Romance of the Three Kingdoms.

Furthermore, SEGA’s upcoming game will be released on a HOME verse, a Layer 2 blockchain network owned by Oasys. Notably, SEGA is of Japan’s leviathans in the gaming industry. Additionally, it recently joined the Oasys blockchain.

@doublejump_en is thrilled to announce that we have secured the license from @SEGA_OFFICIAL to develop a blockchain game based on the theme of “Sangokushi” (Three Kingdoms)🙌🎮 Read More here https://t.co/CSyaIO5o2h pic.twitter.com/0LQTP4cq20

What Should You Expect from This Collaboration?

Sang0kushi Taisen is an action-filled Japanese arcade game in which players deal cards among themselves. With a huge focus on creating a top-notch game, double jump.tokyo will be utilizing Sangokushi Taisen’s IP. This way, players can expect a great deal of Japanese artwork, characterization, and visuals.

According to Hironobu Ueno, Double jump.tokyo’s CEO, the platform is ready to create a game filled with engaging Japanese art that players can enjoy. He added that “we hope to build more market-leading games with the most exciting and established gaming brands, using this innovative platform.” Tapping into Oasys’ blockchain ideas, the game is expected to come with several engaging features.

“We are honored to be a pioneering partner in building a new generation of games with SEGA on the blockchain. Our efforts with Oasys are focused solely on creating the most user-centric gaming experiences, and working with our partners to revolutionize the world of gaming,” commented Hironobu Ueno, who added that “With a unique architecture optimized for blockchain games, Oasys aims to solve obstacles for gamers, offering fast transactions and zero gas fees and providing users with a more comfortable gameplay experience.”

We are excited to announce officially @oasys_games was chosen for the first blockchain game by @SEGA !!🔥
The game will be developed and operated by @doublejump_en, expected to be released on @homeverse_games !

Speaking on the development, Daiki Moriyama, Director of Oasys, explained that Oasys aims to introduce blockchain games to users around the world. By creating engaging features, the platform will ensure the widely-spread adoption of blockchain games.

“Our ambition is to lead the mass adoption of blockhain games by providing players and developers alike with a safe, secure and stable environment in which they can comfortably play and create the games of the future, with all the familiar gaming brands that they have always known and are accustomed with,” said Daiki Moriyama, Oasys’ director. He continued by saying “We will continue striving to become the premier blockchain games, are excited to share more about our upcoming projects in due course.”

In 2005, Sangokushi Taisen was launched as a digital and physical card collection game. The game was a great match for arcades at the time as it featured moments dating back to the period of the Chinese’ Three Kingdoms. After its launch, the game became popular in all of Asia.

What Is the Future of Blockchain Gaming?

With projects like this coming up, it is unlikely to know what awaits blockchain gaming. However, considering events like the Tokyo Game Show, blockchain gaming is expected to be on the booming side. Also, players will be able to play while using NFTs.

In the last couple of years, the concept behind blockchain gaming has switched from getting rewards to getting served. But with what? – exceptional user interfaces, smooth gameplay, and zero charges in fees like gas fees. As such, quite a number of firms have started working towards bringing blockchain gaming into the spotlight.

In turn, blockchain gaming will be fully packed with engaging features, thereby making rewards additional incentives for playing. Furthermore, by fusing story-backed games with blockchain technology, games will not only be full of fun and excitement but will also widen players’ knowledge. By so doing, players will be served with various benefits simultaneously.

Oasys is a blockchain platform that aims to assist creators in developing full-fledged blockchain games. The platform does this while keeping in mind that Web3 is the next big thing in the gaming industry. As such, Oasys uses an eco-friendly proof-of-stake (PoS) consensus operational technique.

Also, it has the backing of notable firms like Square Enix, SEGA, Ubisoft, Bandai Namco, and Netmarble. While Oasys is about 5 months old, it has created a name for itself. Just recently, it organized fundraising in which about $20 million was raised from sales of private tokens.

The upcoming digital collectible card game will be developed by @doublejumptokyo!

Since its establishment in 2018, double jump.tokyo has not relented in providing solution-based services to client platforms. The platform specializes in proffering solutions regarding blockchain game development as well as NFT-related matters.

Through its functional infrastructure, the firm partners with top-class businesses to help them merge blockchain tech with their current operational techniques. This way, the gospel of blockchain gaming is spread, and developers are assisted in creating them.

SEGA CORPORATION is a leading, top-class platform in the gaming industry. It focuses on creating a wide range of video games, playable on devices like PCs and consoles. Also, the company has its headquarters in Shinagawa, Tokyo.

Additionally, the company has quite many games on its list. They include Sonic Frontiers, Company of Heroes 3, Two Point Campus, Football Manager™, Sonic Origins, Sonic Dash, Lost Judgement, Total War™, and Hyenas.