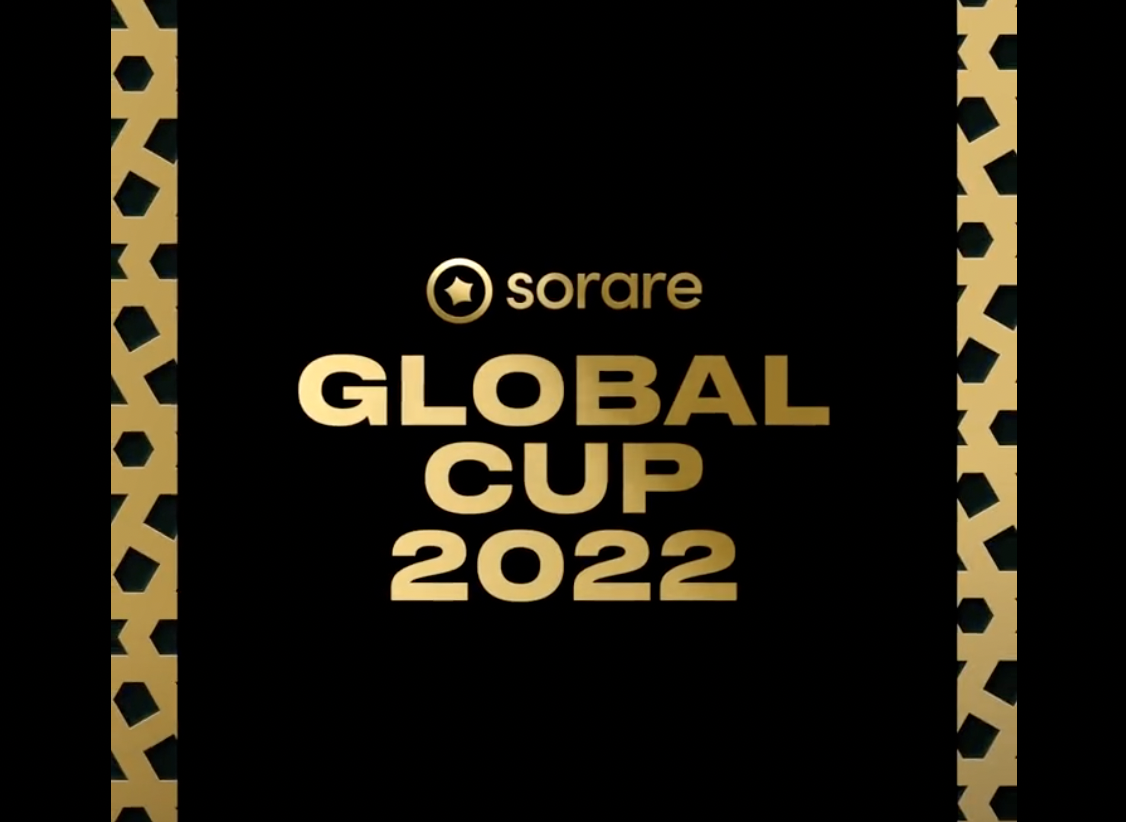 According to a video shared on the Sorare Twitter feed, the Sorare Global Cup will take place this November.

The actual 2022 World Cup will be played in Qatar from November 21 to December 18, but no additional information was provided in the video.

According to its website, Sorare has more than 300 professional soccer clubs, but not all of the players are participating in the 2022 World Cup, so it will be interesting to observe how the platform manages the world championship.

Round-up of the Biggest and Latest Sorare News:

Here’s our collection of what’s been going on with Sorare over the past month or two. It’s been quite a journey.

As Aimee reported at the start of October, Celtic FC and other new cards will be added to the NFT card collection, according to the fascinating sports card game Sorare. The Ethereum NFT game Sorare is one-of-a-kind and nostalgic, and it is constantly adding new collections.

Sorare features a wide selection of sports player cards, from the NBA to the EFL Championships. So, let’s learn more about this fantastic news.

One of the most exciting play-to-earn games available at the moment is Sorare. We like to think of it this way: Do you remember the times when you used to spend your allowance on small plastic pockets to store football cards?

It was thrilling to find out which card you would receive and which others you needed to complete your collection.

Sorare has announced the entrance of Celtic FC, also known as the Champions of Scotland, via Twitter. The 2022–23 cards for Celtic FC are currently on sale; collect, play, and win.

This is quite intriguing, and we can’t wait to examine the available cards in more detail. The number of players from different teams is gradually increasing, but this is the first time Scotland has appeared.

In the Scottish Premiership, Glasgow-based Celtic FC is currently in the first place. Being one of the most well-liked Premier League football teams, it’s very exciting to watch Sorare interacting with Celtic FC. Kyoto Furuhashi, a Japanese midfielder, has scored the most goals this season among players from a variety of nations, including Japan, Portugal, Croatia, Germany, and Israel.

NBA is here, right on Sorare!

Basketball, including the NBA and NBPA leagues, will be available, according to the French business Sorare. Fantasy baseball and football were well-liked sports before the advent of digital fantasy sports. In contrast, significant cooperation with the NBA has been announced due to the rise in popularity of NFT and play-to-earn games. Let’s take a closer look at this.

Basketball will be allowed, including NBA and NBPA, Sorare declared. Because of this exciting change, it is likely that the platform will release the first basketball game that uses trading cards in the fall.

Fans can engage with the metaverse of basketball through the basketball game. Fans can put together their ideal player lineups and teams by competing and playing with other players. Additionally, you can play and score points based on how these NBA players actually perform.

For thousands of Android users, the wait is over. Users of Android devices can now access SoRare. The NFT game Sorare, which involves trading sports cards, is now available on Google Play.

With the Android version of the SoRare app, a completely new market is now accessible. The majority of play-to-earn games are found on PCs. However, there are also NFT games for iOS and Android, with Android usually coming last.

Sorare’s Android Beta debuted first. This is good news for the game, especially since the NBA is helping out by making player cards for the interface.

You can now download the app on both Android and iOS, and it comes with a ton of amazing features. This means that you can keep an eye on all of your teams during the last, current, and upcoming game weeks. This lets you keep track of their progress and data.

Sorare and Liverpool FC Partnership Announced for across the next Year

As Mustapha reported in late September, the card-playing website Sorare announced on the 22nd of this month that it will work with Liverpool FC for the 2022–2023 season.

You can play, collect, and win officially endorsed digital cards on the Sorare platform. The top football and NBA players in the world may be found on these cards.

Liverpool, an English professional football team, has teamed up with Sorare, a platform for fantasy sports games that is owned by its users.

The football team signed up for the platform at the beginning of last year, and as a result, produced digital cards for a few star players. Vigil van Dijk, Trent Alexander-Arnold, and other players with digital cards on Sorare’s platform.

The prior agreement has simply been extended by this new agreement. The football team says that this makes Sorare an official partner of the reds around the world.

Uncertain about the terms of this relationship and the potential rewards for each party? Are you a fan wondering how this collaboration affects you? Let’s dissect the partnership’s specifics.

(Plus, the Segunda División has also come to the platform).

Sorare’s appealing yet compelling designs are what distinguishes it as a distinct gaming platform. Since its launch, the platform has been adding more and more features for its users.

Sorare is a platform you will always enjoy because it partners with major football clubs like Liverpool FC and brings the Web3 experience to Android handsets. But it’s not all business-related features – there’s a huge heart behind the project.

Why? As Sorare has made an announcement about a relationship with Plan A, a business sustainability firm, in an effort to support more worthwhile projects. The goal of the cooperation is to build the first net-zero gaming firm in the world is the goal of the cooperation. This is a great chance for Sorare to reduce its carbon footprint as much as possible.