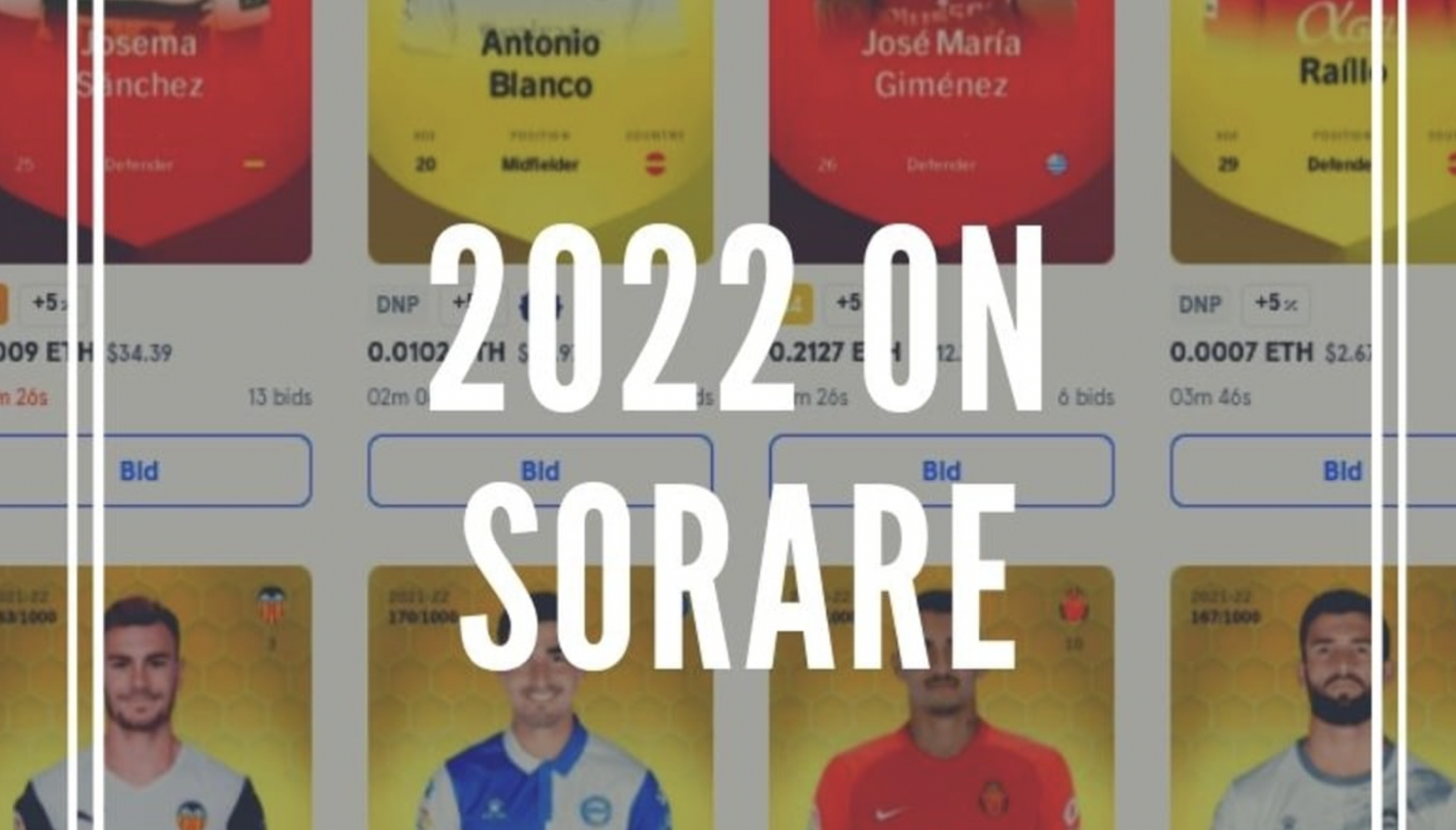 The World Cup in Qatar will be one of the last events of 2022. It will be the biggest football tournament since Sorare launched in 2019. All of us, including the P2E Diary team, saw last summer how Sorare was able to make deals with some of the biggest international teams to print cards with their players. As the 2022 World Cup gets closer, we can expect more of the same.

Sorare is a fantasy soccer game based on the Ethereum blockchain that soccer fans all over the world love. The platform’s creators want fans to be able to develop and play the game, even if they can’t do so on the field. With digital player cards, users can buy, trade, sell, and run a virtual team. Plus, it’s no longer limited to the web and iOS as an Android version was recently released

You can earn points in this fantasy football game by competing against other players. It’s more than just playing virtual tournaments because you have to come up with strategies and put together teams. The more you know about how your players have done in real life, the more points you get.

For a full rundown of everything Sorare, we have a beginner’s guide to help you out.

Also, it will be interesting to see if there are any more official partnerships between Sorare and FIFA for the tournament, given that Sorare recently partnered with Plan A to boost their sustainability initiative.

However, they have mostly avoided big marketing campaigns so far, but Sorare is now big enough that a deal like this at a big global event like the World Cup can’t be ruled out. It would raise the brand’s profile even more and let it reach a huge number of new people.

In terms of how to play SO5, the World Cup will also be very interesting to watch. During the Euros, there were still leagues going on in the Americas and Asia. But for the World Cup, almost all top-level football leagues will be stopped. So, for a few weeks, the platform will be mostly about the World Cup, and Sorare is sure to have some exciting plans for that.

You probably already know that this World Cup will be different from most. First of all, it will be played in the winter, which means that the domestic league competitions will be thrown off a lot. After the weekend of November 12/13, the Premier League will take a break. Games will start up again on Boxing Day, December 26.

What’s the big deal about the World Cup this year?

The Middle East will host the 2022 FIFA World Cup for the first time.

It will also be the most controversial World Cup ever, with questions about how the rich Gulf state got the right to host it, how it has been treating workers building the stadiums, and whether it will be welcoming to LGBTQIA+ fans.

It will also be strange for the fans, who are used to cheering for their teams in squares, gardens, and parks all over the country during the summer. We’ll cheer in bars, living rooms, and places with big screens.

At least, that may be the case if you choose to stay at home, as Ian Herbert at the Daily Mail reported that “Football fans who have paid out huge sums for hotel rooms, apartments and villas at the Qatar World Cup face arriving to find no live TV coverage of the tournament there” thanks to many Doha hotels not paying the £24,000 fee to show the games. Eeek.

How long is the World Cup?

FIFA’s official countdown says there are less than 50 days remaining until the start of the World Cup in Qatar.

The exact date of the tournament just changed so that Qatar could play the first game. The date has changed because the emir of Qatar wants to play the first game, and they want to play in the evening so they can have big fireworks. Chaos broke out when thousands of fans had to rebook their flights and hotels, which were already full.

It’s going to be a busy time of year for all football fans, not just Sorare, and other esports players, so be sure to be prepared before November rolls around.