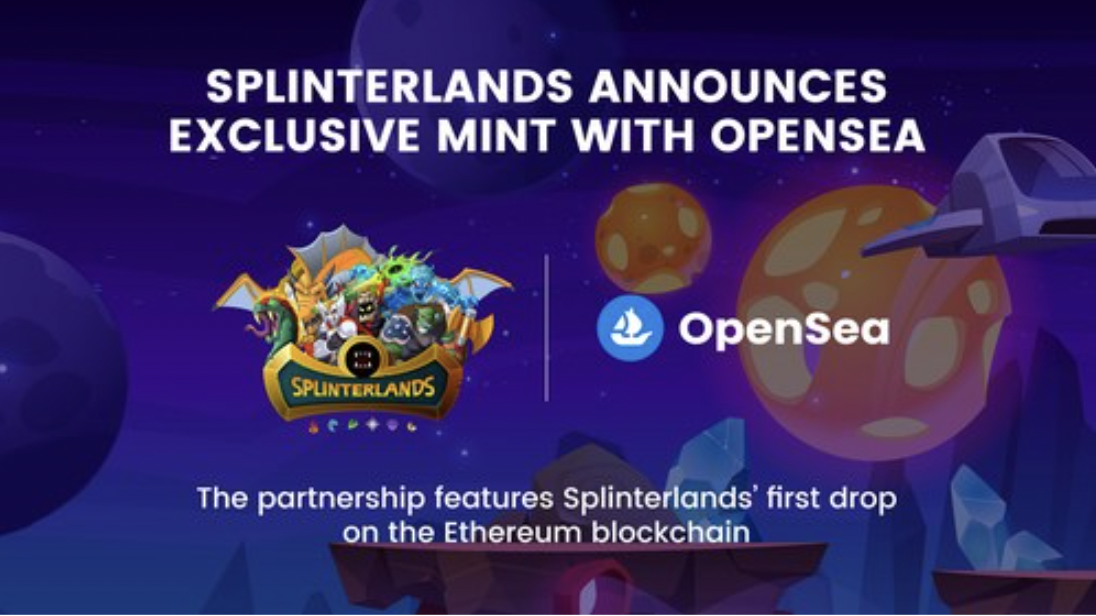 Following on from Mustapha at Play2Earn Diary’s recent report on the exclusive OpenSea RUNI mint for Splinterlands, today on LeoFinance, user @idiosyncratic1 has predicted that Splinterlands’ exclusive RUNI mint with Opensea will “likely to outperform the others considering the benefits of these NFTs to the Splinterlands ecosystem.”

Users who had allowlist spots at first had access to the exclusive mint on OpenSea. The subsequent general sale mint opened up on November 3rd on OpenSea’s website. There will be a total of 6500 Runi minting spots, each of which will cost $500 USD in ETH.

Read on as we break down their reasoning that has pegged the RUNI mint as “One of the best Marketing Strategies by Splinterlands.”

Intro to RUNI Mint on OpenSea and Why it Matters

Splinterlands has used a number of commercial tactics that have helped the game so far. Despite this, RUNI is most likely to perform better than the others given the advantages these NFTs have for the ecosystem of the Splinterlands. These NFTs essentially combine the distinctiveness of non-fungible tokens with proof of utility in the real world.

The game connects Hive, WAX, Ethereum, and a number of other chains using the multi-chain operation principle that Splinterlands uses. Tens of Splinterlands assets have been made for people, comparable to the number of chains connected to the game. Packs and consumable or earned in-game items make up the majority of the products.

RUNI, on the other hand, behaves like the other non-fungible tokens that exist in a single copy and either has or do not have any utility for gaming. RUNI played the game according to the best solution for both sides.

For tips on how to get started on Splinterlands, we’ve got you covered.

Numerous blockchains are adding more “valuable” NFT collections to themselves, but Ethereum Mainnet continues to be the one that sets the standard for widespread NFT adoption, with NFTs on it valued at billions of dollars. The Splinterlands team was able to compete in the champions league, where we have BAYC, Punks, and many other collections, thanks to this carefully thought-out move.

We can also see that Hive and Ethereum have another connection through Splinterlands when considering the multi-chain operations made possible by RUNIs. We might be able to go one step further and assert that Splinterlands demonstrates how Hive and Ethereum can work flawlessly together for GameFi, where the assets are also stored on Ethereum and the Hive blockchain runs the games.

The same cards must be combined in Splinterlands in order to create a higher-level card that will give you more advantages on the battlefield. For RUNIs, it is an entirely different situation. Someone may want to play cards with a special design on the battlefield, but the card skins may not be pleasing to everyone.

Source of Information for Tracking Splinterlands

As you are aware, Splinterlands’ in-game and trade volume data cannot be successfully tracked by a single dApp data tracker. Despite the fact that Splinterlands assets on Hive-Engine have a volume of more than approximately $100,000 per day, some data trackers only show $10,000 per day.

This information is crucial because it demonstrates how many players Splinterlands draws and how these players are developing a GameFi ecosystem where they are exchanging digital goods and creating virtual empires.

The data from RUNI on Ethereum, packs and items on WAX, and of course the data from Hive-Engine can all be viewed by trackers like Coinmarketcap, Coingecko, Dapp, and DappRadar by the Splinterlands team. Idiosyncratic1 hopes the introduction of RUNIs will address that issue as well.

What is Runi in Splinterlands?

OpenSea, the world’s most popular peer-to-peer NFT marketplace, and Splinterlands, known for its fantasy-themed auto battler, have collaborated to create an exclusive NFT mint for the platform’s new “Runi” series, which is now available to mint.

Within 24 hours of its release, Splinterlands had more daily volume than the previous five highest-ranking projects on OpenSea: The Sandbox, Pudgy Penguins, Cool Cats, VeeFriends Series 2, Moonbirds, and SuperRare. Runi has amassed over 100 ETH in sales volume during the first two days of the allowlist mint, placing it at #2 on OpenSea’s trending charts.

On September 22nd, all 2000 allowlist placements of the rare series of Runi NFTs sold out in less than two minutes. These NFTs can be used in-game as a playable card.

Through this partnership, both Splinterlands and OpenSea will benefit by reaching a wider audience and gaining access to the GameFi community.

Both organisations believe strongly in the potential of blockchain technology and hope that by working together, they can increase Web3’s visibility among the general public, help people get started, and unify the platform’s many different application areas.

With more than 2 billion possible trait combinations, no two Runi are the same. Each is uniquely yours, making it quite possibly the MOST special card introduced into the game. By connecting your Ethereum wallet to Splinterlands, your Runi becomes playable in battle as a max level Legendary Neutral card!

Like any other card in Splinterlands, you can summon your Runi to fight for you in battle. Climb the leagues and leaderboards, win prizes in tournaments, and help your guild brawl its way to fame and fortune. All with your trusty Runi by your side.

With the introduction of Runi comes an exciting new ability! Upon reaching zero health, the Runi will resurrect themselves and return to the fight with 1 Health! Combined with its:

the Runi will be a powerful staple in your deck.