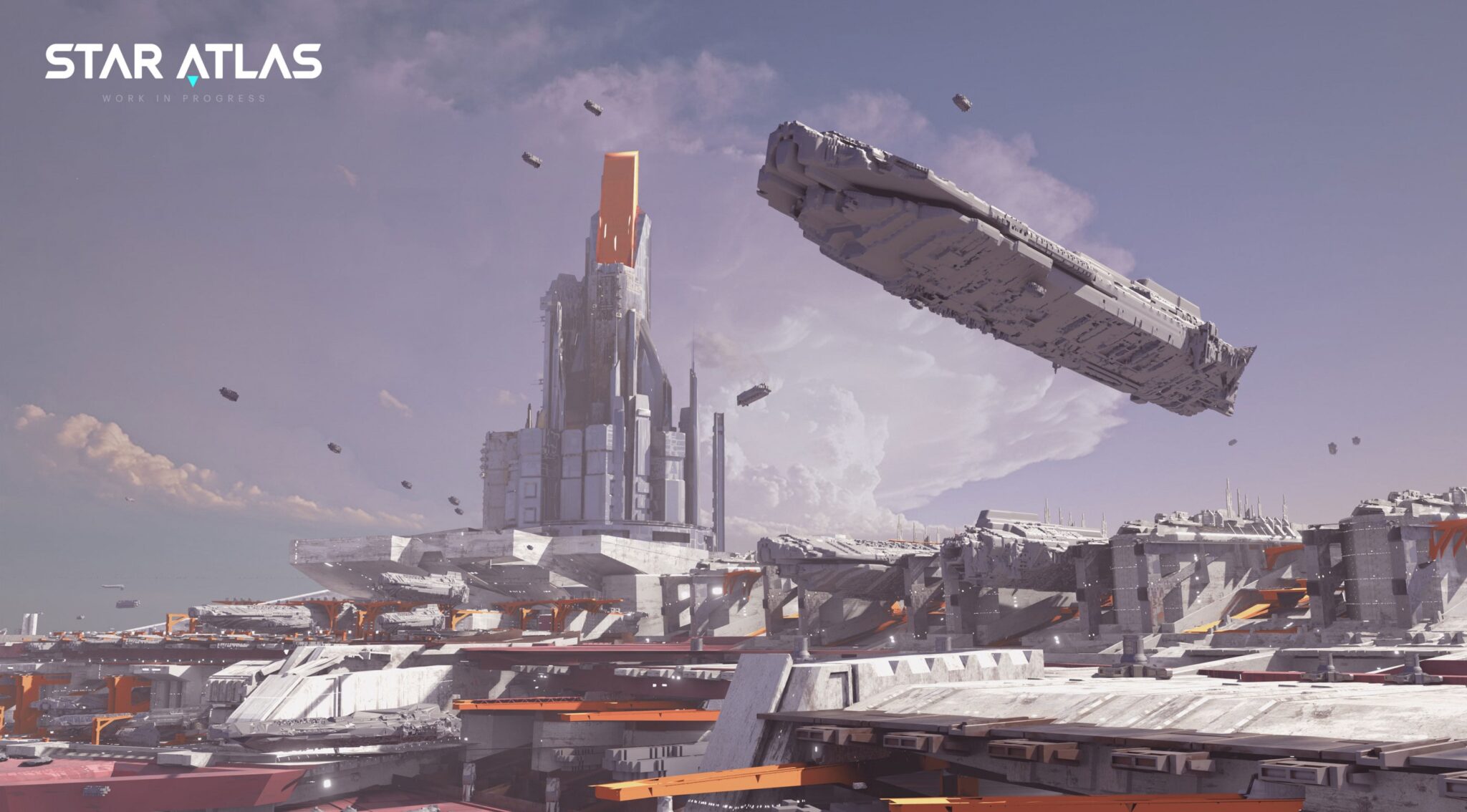 The Star Atlas community on Reddit, Discord and Twitter is perhaps one of the most active crypto-related communities out there. Often, there are questions and discussions about what are some of the best Star Atlas ships that can be bought. Blockchain-based NFT games have certainly transformed how we view game assets today. As most of these in-game assets are NFTs, their value goes beyond the gaming ecosystem and into the external world. Today, we will be covering the main digital assets of Star Atlas – Spaceships! So continue reading below to uncover some of the best Star Atlas ships that should be part of your inventory.

Star Atlas is a play-to-earn (P2E) game that was launched in 2021. Ever since its inception, it has been nothing short of extreme popularity. Many consider it the best metaverse project and some simply love its gameplay. Similar to most play-to-earn games, Star Atlas requires an initial investment to get things started. Once you have all the requirements, you’re ready to earn a real profit! One of those main requirements is to own one spaceship at least – the in-game NFT.

Star Atlas is a multiplayer game that can be played directly on your web browser. Gamers can immerse themselves in the spectacular living of the metaverse and experience the future, all while earning great profits. Star Atlas is shaping the future of video games with an exceptional virtual universe where players are rewarded for the time spent exploring the deepest regions of outer space.

Star Atlas players can experience the next generation of real-time graphics using Unreal Engine 5’s Nanite which allows for cinematic quality video game visuals. Whether you enjoy their gameplay or not, one thing is for certain – you will not be disappointed by the cinematic graphics of Star Atlas.

Created on the Solana Blockchain, Star Atlas has targeted a much broader audience for its gameplay. So if you might catch yourself saying ‘well I’m not a gamer’, Star Atlas might still be for you! There are countless cases where crypto enthusiasts, who may not necessarily be gamers, have advocated in favor of holding Star Atlas Spaceships. Simply as a means of investment. Quite frequently, some of these spaceships are offered at discounted prices. Holding them while they are below market price can bring you immense returns in the (near) future.

What are Star Atlas Ships?

As briefly mentioned above, In Star Atlas, you need to own at least one spaceship to be able to send it on missions and earn money. Each spaceship enlisted for a mission will be rewarded in ATLAS each day, but it will also have maintenance and resupplying costs. Currently, there are four types of resources that an enlisted spaceship requires: Fuel, Food, Ammo, and Repair or Toolkit. There is simply a wide range of these ships, from small ships to large ones, as well as Commander ships. Some are used to carry cargo or fuel, whereas others are used to carry a large number of crews.

What you may consider as the right ship depends on a number of factors, such as in-game utility and advancements or for investment purposes. Best Spaceships in the Atlas

For the sake of this article, let’s assume that you would like to know the best spaceships in Star Atlas from a gameplay point of view. You’ve decided to dedicate your time and resources to advance your ranking in the Star Atlas world. Each ship that you purchase requires resources to resupply itself on a periodic basis (usually 1-7 days).

Before we begin listing the ships, we would like you to be familiar with two main economic concepts of Star Atlas that help determine the value of its ships:

The first on our list is part of Star Atlas Fighter Spaceships. Pearce X5 is a two-seater, nimble fighter and starship. True to the nature of fighter ships, it is not meant to carry large crew members. This starship comes with four different primary modes of operation; Attack mode with all weapons pointing forward. Speed mode with all thrusters operating. Normal mode with thrusters and weapons split to the rear and forward. And Defense with the arms retracted and hull plating with the largest coverage.

What makes this spaceship so special? It has a pervasive presence throughout secured faction territories. Both in space and on land. It currently has an available supply of 34,122 units. It is a highly rare spaceship and categorized as uncommon. At the time of its release, it had a starting price of 135 USDC.

The Calico Compakt Hero is an all-rounder starship. It is the best choice for distant shuttling or away team expeditions. The main role of this ship is space exploration rather than the transportation of cargo or battling in space. For this reason, it has fully sustainable life support capabilities onboard the ship in case a space expedition carries on longer than planned.

It comes with side winglet thrusters for high manoeuvrability if you were to enter unexplored territory. This top-of-the-class ship is specifically designed to help its owner survive and conquer the stars. This starship is quite rare and having a multi-role makes it an extremely valuable digital asset to own.

While we’ve covered fighterships and multi-role spacecrafts, it’s worth adding a starship that is used to refuel and repair. Any fightership would most likely require repairs and/or refuelling. Pearce R8 is an iconic ship that combines two major functions of a spaceship into one. It comes with a large cargo hold which stores scrap metal to perform open space repairs. It also contains two additional fuel modules that can refuel all ships.

Furthermore, Pearce R8’s command deck can rotate 180 degrees to allow the onboard command crew to focus on refuelling duties. Like Calico Compakt Hero, it also comes with a large accommodation onboard which enables crew members to carry on long missions. This starship also has earned a rare status in terms of its supply allocation. This means, its value both inside the game and outside is expected to rise exponentially.

So, this was our list of the best spaceships in Star Atlas. We hope this list was helpful to you, and for more updates regarding Star Atlas and other NFT games, stay tuned to PlaytoEarnDiary.com!