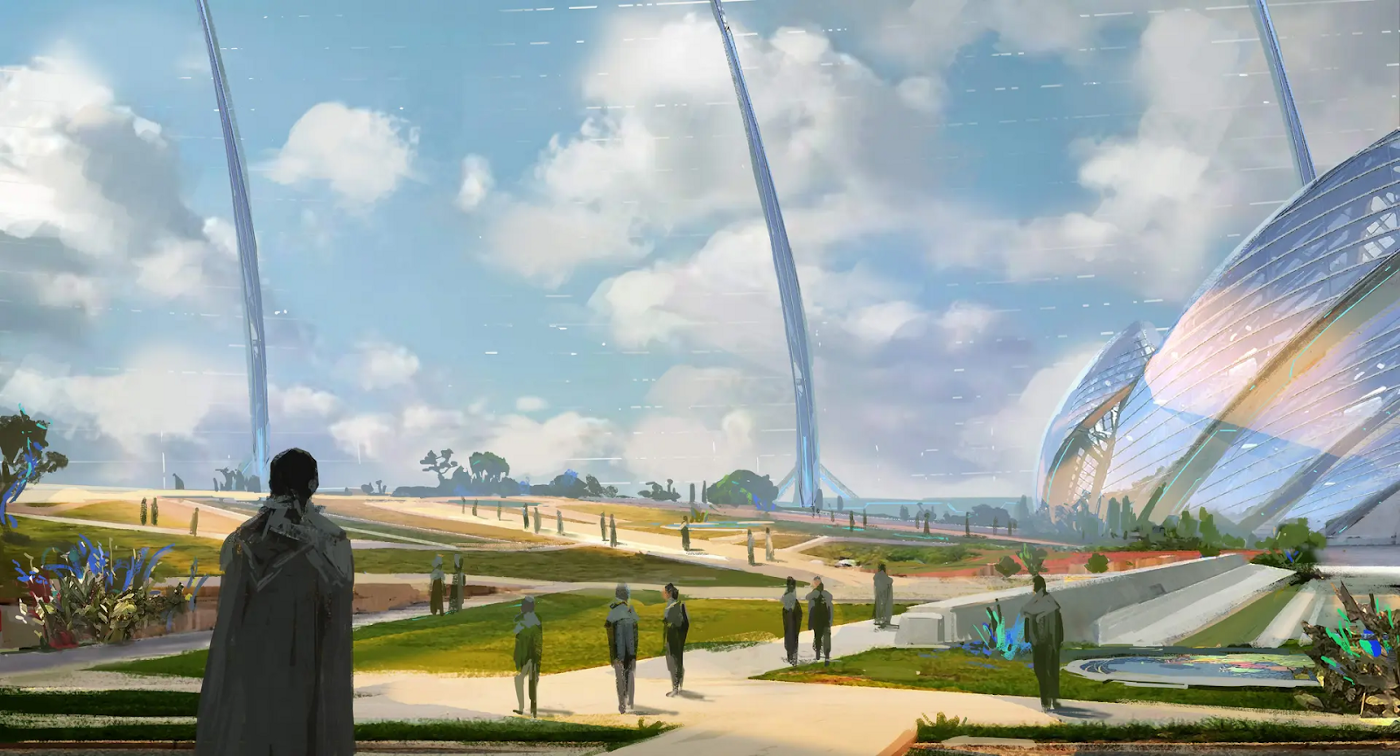 Star Atlas is taking the first tentative steps towards a full game launch after announcing a playable demo of its space exploration game on the Epic Games store.

Dubbed the Star Atlas Showroom, the demo is powered by Unreal Engine 5. It will allow fans to experience the world of Star Atlas and the future gameplay in a 3D setting.

The playable demo was revealed during 426LIVE: NYK, a live product update event streamed live on Twitch. 426LIVE: NYK also had several other reveals, all of which will be covered later in the post.

See your spaceships in a browser-based WebGL fleet viewer at https://t.co/vP13XeG5PH! 💥 Get a taste of the technology powering the upcoming Project SCREAM (non-UE5) gaming module! 🚀

Star Atlas Showroom: What Is This All About?

Star Atlas is perhaps one of the most eagerly anticipated blockchain games in the world right now. Built on the Solana blockchain, the ultimate goal for the game is to create appeal for both professional gamers in it for revenue and the traditional gamers who just want to have fun.

So far, the blockchain game has seen some incredible milestones. But the launch of Star Atlas Showroom represents the first big move towards full launch. The Showroom basically gives owners of Star Atlas spaceships a chance to see their ships in a limited 3D world of the Star Atlas Meta.

It will be available to both owners of NFT-backed spaceships and the general Star Atlas community. However, for non-NFT holders, access to the Star Atlas Showroom will only be open to a select few.

Star Atlas Game Keys on the @EpicGames are LIVE! 💥

If you have at least one Seasoned Fleet Badge, get your game key on your https://t.co/wR7T7xSPwK profile page!

Then, redeem it in the EGS, download the Showroom launcher & see your ships! → https://t.co/eWJQxXAWrJ pic.twitter.com/JXs3P8OYTF

There is already one non-NFT spaceship in the Showroom where folks who don’t own spaceship NFTs can still explore.

To access the Showroom, users should head over to their profiles on the Star Atlas website. While they are there, they can access a unique game key.

Once they have it, they should simply head over to Epic Games Store, download the showroom launcher, and redeem the unique game key. This will give players access to a 3D Star Atlas meta where they can view their spaceships and other vehicles.

The launch of Star Atlas: Showroom on Epic Games represents a big move by the space exploration game to appeal to traditional gamers.

In a press briefing shortly after the 426LIVE: NYK event, Michael Wagner, the CEO and Co-founder of Star Atlas, noted that for now, the collaboration with Epic Games is only related to the game’s use of the Unreal Engine 5.

Wagner, however, did not rule out future collaborations with Epic Games but could not comment on specifics at the moment.

As for the future plans, Wagner noted that, ultimately, the goal is to create a game that can appeal to both professional gamers and traditional gamers who want to play for fun.

However, the Star Atlas CEO remarked that it was still early in the development stage to start pushing the Solana-based game to traditional gamers.

The Star Atlas team also noted in the briefing that the Showroom will be highly secure and that more audits will be done in the future.

The launch of Star Atlas Showroom stole the show, no doubt. But the 426LIVE: NYK event was packed with several other important reveals. The first notable presentation was on sustainable governance as Star Atlas moves towards full decentralization.

Learn more about the document that serves as a blueprint for sustainable self-governance of Star Atlas!

According to the presentation made by Dan Park, Star Atlas’s General Council, the governance framework will have several key aspects, each with its own unique governance guideline. The first aspect is going to be the Treasury.

The Treasury DAO will require Polis holders to vote on how the Treasury is managed. It will also make decisions on monetary policy in the game as well as branding and development decisions.

There will also be a Star Atlas constitution. The constitution will be drafted with the full participation of the community, and it will codify the values and principles of Star Atlas.

Additionally, in order to increase community participation as much as possible, Star Atlas will also integrate Councils into the governance framework. Councils will be elected representatives of the community. In fact, details on the first council elections will be released in the coming weeks.

Finally, the core of the governance framework will be the Star Atlas Foundation. The purpose of the foundation is to enforce the decisions made by the DAO. It will not be involved in any decision-making process.

The 426LIVE: NYK also saw the introduction of the ATLAS Locker. ATLAS is the utility token for the Star Atlas metaverse. It will be possible to lock it in and earn POLIS. The ATLAS Locker will also give users exclusive access to discounts on the marketplace.

Star Atlas notes that the primary goal of the ATLAS Locker is to create a path towards governance for all players by earning Polis. This will give them more integration into the game in the future.

The Link Between the DAO and The Economy

The 426LIVE: NYK event reiterated the core function of the Galactic Marketplace as the key driver of the Star Atlas in-game economy.

The marketplace is also linked to the DAO since it is the source of its revenue. During the 426LIVE: NYK event, this link was neatly captured in the image below.

It represents Star Atlas’s vision to create a highly integrated game where community participation is as high as possible.