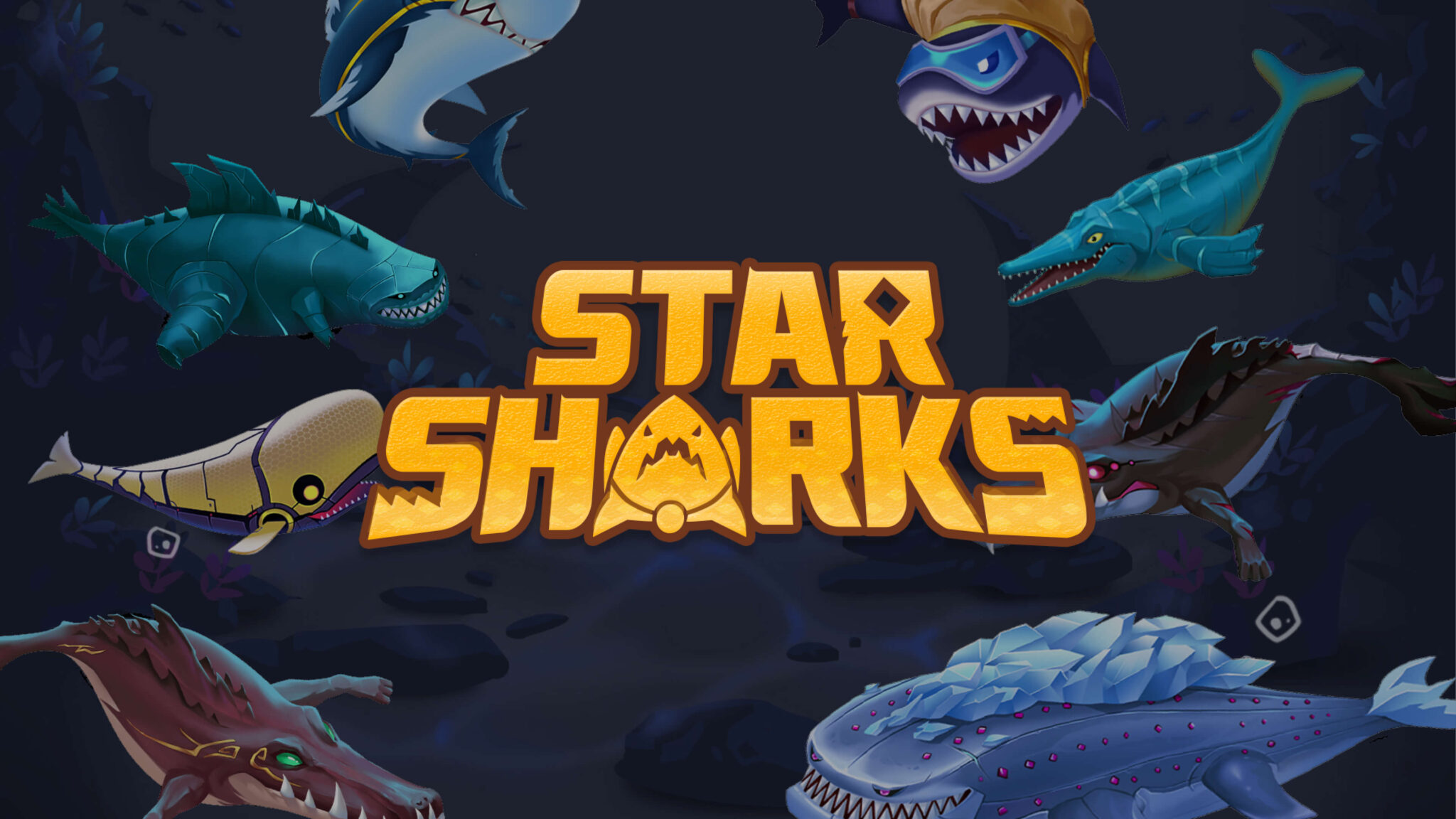 We’ve seen many different animals being introduced in the metaverse scene. The initial animal that blew up in the crypto space was the ape, with the “bored ape yacht club” taking over the world. Since then, we’ve seen all kinds of animals in the scene, like bears, chihuahuas, and pandas. Now, we have a game on our hands that’s trying to target sharks. The game is called StarSharks, and it’s an upcoming NFT-based, Play-to-Earn game on the blockchain soon to release.

Currently in the NFT gaming industry, we’re seeing one concept being heavily implemented by developers. Now, we’re not sure whether there is a lack of ideas, or if devs just want to push games out without considering any unique factor. But, there is a common loop being used where there are a plethora of small, unpolished game factors, and a theme being thrown on top of it. Due to this, we’ve seen many NFT games having more or less the same gameplay and concept, with only a difference in themes. Perhaps the same can be said with StarSharks, as it’s also like many P2E games we’ve seen over the past few months. However, one positive thing about the game is that it contains multiple game modes for players to enjoy.

StarSharks is a shark-based P2E game containing various game modes involving the fish. The game will also have its own metaverse later down the road. There are several functions in the P2E game that will benefit players, and it seems like the team has put some thought into this project.

StarSharks will comprise a total of 5 game modes in the game. All of these modes are totally different from one another and are almost like separate games on their own. There’s also a strong economic foundation laid down for the game by the team. Apart from the usual NFT marketplace to trade items openly, the team has also allowed asset leasing in the game. This will open the doors for many hesitant gamers who don’t want to spend the initial fee to play the game. In the case of StarSharks, players need to have a minimum of 3 NFT sharks to start playing. Instead of spending money to buy entire sharks, players can simply lend them for a time period off of someone else. This will also benefit the lender, as they’ll receive a share of the winnings that their NFT shark receives.

The game modes are varied, including but not limited to a turn-based card game, racing game, and a tower-defense type of game too. We’re not sure why there are so many mini-games in StarSharks, but it’s definitely going to attract a wide audience. All of the above-mentioned game modes are pretty much self-explanatory by their names. Offering so many game modes under one roof is definitely a difficult task to achieve, so kudos to the team behind StarSharks. 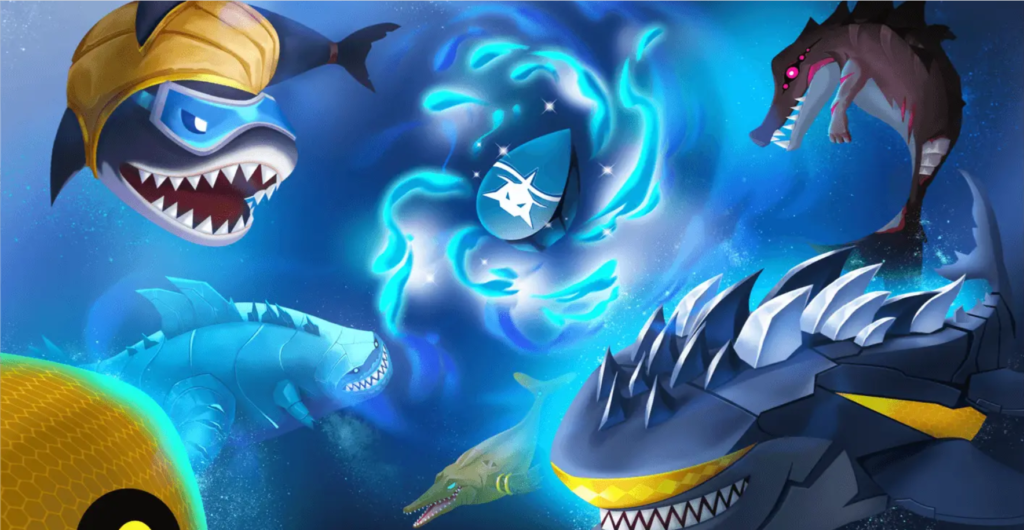 How to Earn in StarSharks & Tokenomics

StarSharks only makes use of one in-game currency, which is SSS. This is used as a reward for game winnings, for governance purposes, and on the NFT marketplace. The supply of the coin is limited as well, mainly to keep the price up. The primary method to earn in StarSharks would be to trade the shark NFTs on the marketplace regularly. This wouldn’t require much game knowledge, but business knowledge instead. However, if you wanna earn while playing, you can receive a sizeable amount of winnings from matches too.

Moreover, the staking option is also beneficial for players. If you stake in SSS, you can get plenty of benefits, including weekly rewards, governance votes, and much more! However, if you don’t want to spend too much money on the NFTs, simply lease the sharks from someone else. If you’re good at the game, perhaps you could then be the one lending out your sharks to others.

Also, the game devs have also incentivized the referring of friends to the game. You can join the referral program of StarSharks for free, and if you can bring people on board, you will get rewarded handsomely. It’s a great way to earn some quick bucks.

The socials of StarSharks are stellar. They have a massive following on their Discord, Telegram, and Twitter accounts. This shows that the players are interested in their project, and are eagerly waiting for their moves. The game has around 95K members on Discord, 54K on Telegram, and around 113K on Twitter. One thing that’s impressive is that the team has managed to market through all channels relatively evenly. Some teams tend to forget about one or the other social site to narrow down the focus.

Moving forward, the future of StarSharks seems to be evergrowing. Yes, it is yet another game with a turn-based card game. However, that’s just one of the 5 game modes, and the variety is everything in this project. The marketing team behind the game is doing a terrific job in building their community properly. The game is planned to release 3 of the other game modes this year, with the racing game at last. The metaverse and the card game are in plans for 2023. Nonetheless, StarSharks is a solid-looking project, and it’s worth keeping an eye out for!