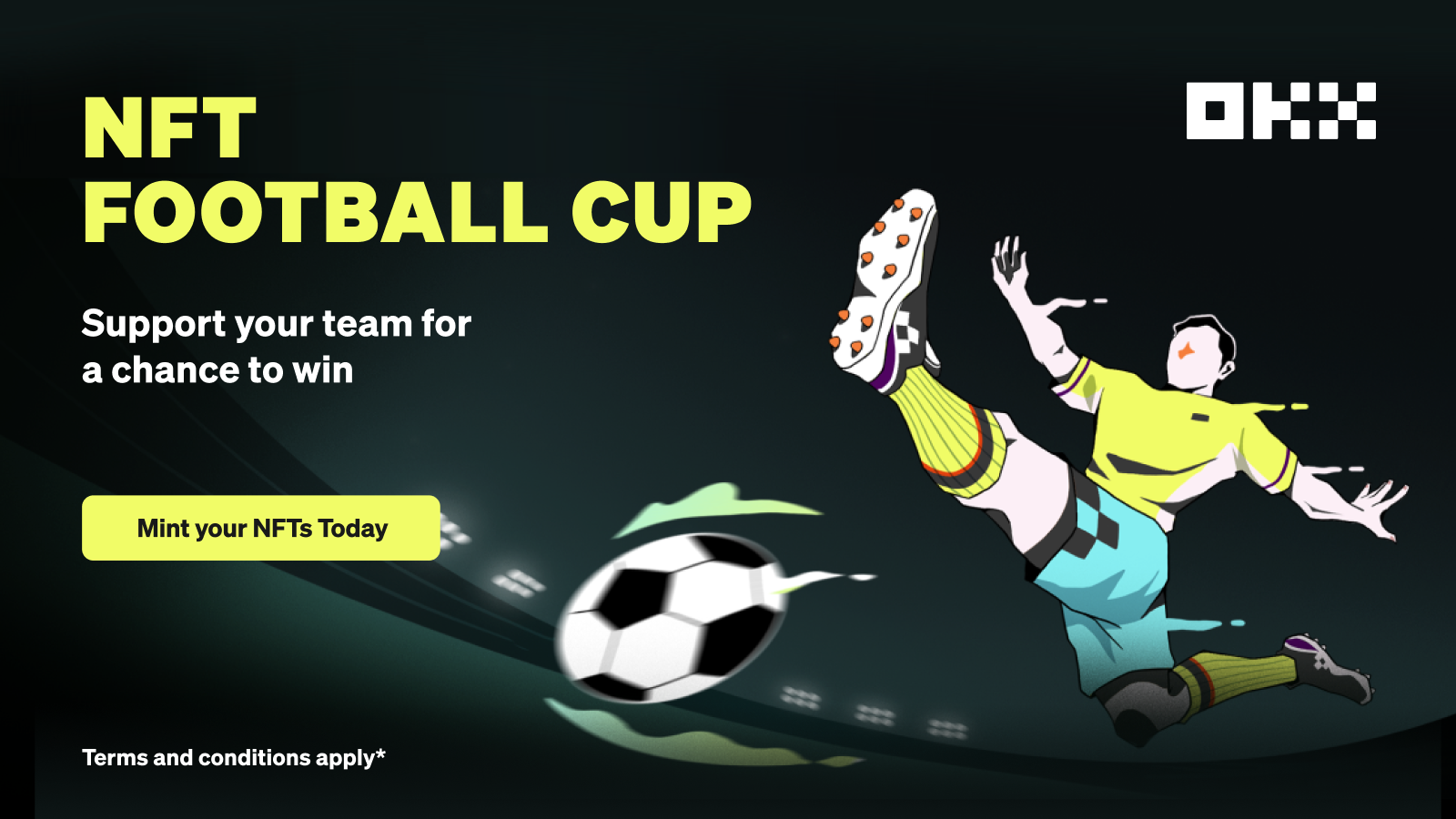 Step App partners with OKX to set up the OKX Football cup NFT campaign. The campaign grants players a shot at claiming the $2,000,000 prize pool. The world cup commenced a few days ago, and soccer fans can relieve a tournament of theirs through this competition.

Players willing to be part of the competition should follow the following guidelines to register for the tournament. Players should open the OKX app and switch to “wallet” at the top to import or create their web3 wallet. After creating, players should copy their Ethereum web3 wallet address from the app.

The procedure further stretches to players filling out forms and selecting their favourite teams. Upon completion of the procedures, players will have to wait 24-48hrs to receive their team’s NFT in their web3 wallet.

🔥 The OKX Football Cup NFT Campaign is on fire! 🔥

We are thrilled to partner with @okx during this #worldcup season. So how do you get your free NFT and have a chance at the $2,000,000 prize pool？👇#MoveToEarn #StepApp
1/3 pic.twitter.com/SIu6776tRh

Players and teams who win the world cup will be eligible for the $2 million prize pool. The reward will be split among the winners, so what are you waiting for? It’s time to score.

The tournament was introduced to celebrate the world cup tournament ongoing in Qatar. The competition features an NFT-based game that offers two different ways to win. Players can split the prize pool or receive spot rewards when their side wins each match.

Players can mint up to three NFTs from the 32 national teams by temporarily staking 0.01 ETH each. Therefore, OKX will increase the reward fund for your team by 0.01 ETH for each NFT issued.

National teams eliminated from the tournament will have their prize pool added to the winning team’s prize pool. Moreover, you can win spot awards as your team advances in the competition.

NFT holders for the winning team in the world cup may be eligible for a portion of the prize fund. Participants will have access to all staked money and prizes after the competition. After awarding prizes to the winners, OKX will return all staked money to its original investors. Only the gas fee will be charged to users for their NFTs.

What can you do?

For each of the 32 teams competing in the international football competition, NFTs are available to mint. Players can stake 0.01 ETH for up to three free NFTs of their preferred team(s). The period for staking is between November 8 and December 3. Except for when the team is playing live matches, a player can mint a team NFT at any moment. OKX will contribute 0.01 ETH to a reward fund for each mint.

The first way to win is to split the prize money. Following each victory, teams take a portion of the money won by their rivals. As soon as the minting period is over, players can burn their NFTs to get part of their team’s winnings.

The other way to win is to receive spot prizes awarded after each victory in the group stage. The prizes are divided among the NFT holders of the winning team. The third-place team’s NFT holders will divide a bonus spot award of 100,000 USDT.

Players can watch the ongoing world cup competition to see which national teams advance and which are eliminated. Players can buy, sell, and trade NFTs on the OKX NFT Marketplace.

Holders of NFTs for the winning side in the international football competition receive a portion of the prize money.

Players will be able to collect their prizes and staked ETH after the event.

Players should adhere to the following guidelines to learn how to participate in the OKX competition.

These are the steps to take to partake in the tournament. You can also click on this link to learn more.

The cryptocurrency exchange platform involves itself with the footballing sector quite a lot. At the beginning of the 2022-2023 football season, OKX partnered with Premier League Champions. OKX expanded its relationship with Manchester City Football Club to serve as its official training shirt sponsor.

The collaboration between the duo put the branding of the crypto exchange on the club’s training kits. The partnership also necessitated crypto education in OKX’s activities for the athletes.

Haider Rafique, OKX’s Global Chief Marketing Officer, perceived the partnership as an opportunity to enlighten people about crypto. Also, he believes the partnership will effectively train those who have an idea of how crypto works.

According to Forbes, the sponsorship agreement will cost the cryptocurrency exchange more than $20 million during the current sporting season. The sponsorship occurred at a time when the price of Bitcoin declined to $20,000 due to the bear market collapse.

However, deep-pocketed cryptocurrency firms still support teams to advertise their brands. Football and NFTs share a bond through the fans. Therefore the OKX NFT Football Cup seeks to unite the two sectors and further evolve the metaverse.

The Future of Football in The Metaverse

The world of technology is evolving, and the metaverse is anticipated to be the next major advancement. However, will the metaverse affect football if our lives continue to become increasingly digital?

Morgan Stanley describes the metaverse as the next-generation social networking, streaming, and gaming platform. He estimates the sector to be worth $8 trillion over the next 15 years. However, Epyllion CEO Matthew Ball believes it might be valued at up to $30 trillion.

Yahoo Finance predicts the global sports market to reach $599.9 billion by 2025 and $826 billion by 2030. A large portion of this is credited to esports, sponsorships, accessibility, and technological use.

Throughout the two centuries that mankind has played the beautiful game, football has evolved and endured regardless of technological advancements. Football is the most popular sport in the world in the twenty-first century, but it faced challenges in the past. Both television and the internet have, at various points, been seen as severe threats to its future.

Technology has benefited athletic potential with various performance-enhancing qualities, in addition to telecommunications and income. However, rather than pose a threat to football, the metaverse offers new chances to develop the sport.