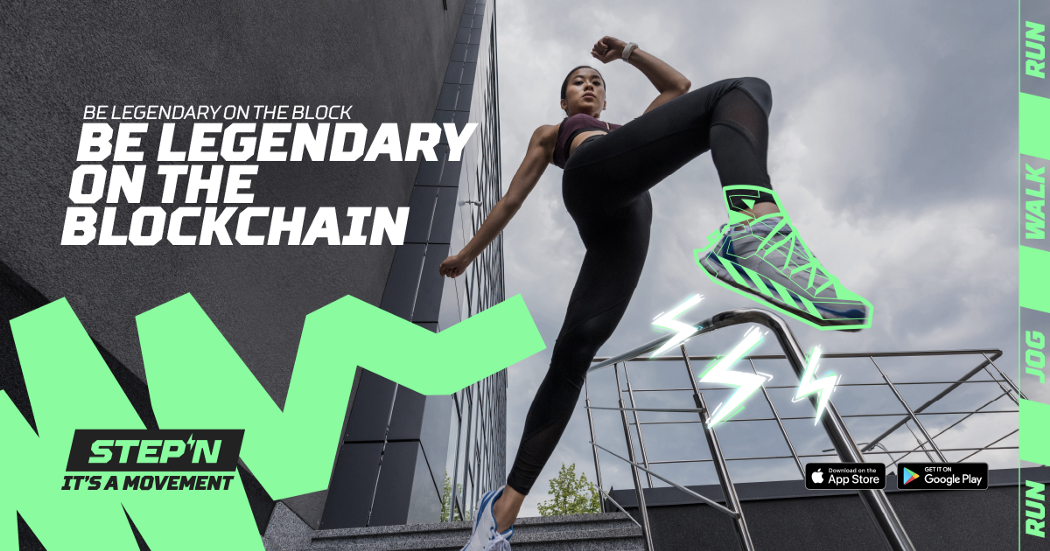 Popular move-to-earn game STEPN is celebrating its first birthday this month and, to mark the occassion, they are launching a brand new campaign to define the era.

The “It’s a Movement” drive has taken inspiration from STEPN’s roots, bringing people together and inspiring then to take back control of their health.

“It’s a movement” captures the spirit of the five key pillars that define STEPN:

A Year Of STEPN

STEPN founders Jerry Huang and Yawn Rong have extensive experience in gaming and crypto and have a solid executive team with outstanding credentials in blockchain, FMCG, and crypto space.

A move-to-earn app that allows users to walk, jog or run outdoors to earn crypto tokens has rapidly become a key player in the play-to-earn blockchain gaming, or GameFi, sector. Founded in Adelaide, Australia, STEPN made its premiere at a Solana hackathon in October 2021. It placed fourth in the competition, which helped it land its first group of beta users.

Not for the first time, STEPN is calling out the fitness industry. Despite enjoying record revenues and growth, adults remain chronically inactive and contribute t$117 billion in annual healthcare costs globally. The developers at STEPN are calling the industry out and rallying users to discover digital and real-world rewards.

STEPN has identified “four powerful forces” to combat declining fitness levels. These are their:

The organization is unapologetic in its ethics and promotes community interaction to reduce loneliness in adults. According to Gallup’s 2022 Global Emotions report, a staggering 330 million adults go for weeks without talking to a single friend or family member. And loneliness has significant health risks — social isolation and fewer interactions lead to physiological changes, even leading to increased risk for all-cause mortality.

In terms of financial freedom, the app looks to construct an economy that rewards users for movement and nurture healthy habits. Theoretically, individuals can uncover financial freedom through movement. It also involves spreading other projects to reinforce the economy. That includes rolling out GMT earning plans or launching Realms to translate intangible value from its partners and collaborations into tangible value for players.

The Environment and Web 3

STEPN aims to harness the power of Web 3 to inspire millions towards organic movement and achieve carbon neutrality. To address its climate goals, STEP’N has committed to using a portion of its profits to buy Carbon Removal Credits on the blockchain. Annually, this could mean the reduction of about 69,565 tonnes of carbon from our planet.

“At STEPN, we wholeheartedly believe in harnessing the power of blockchain, Game-Fi, and Social-Fi for the betterment of global health and sustainability. Working with Nori will allow us to lead the charge and be the change we want to see in our world” – Yawn Rong, CoFounder of STEPN.

The STEPN brand embraces its green identity and states that human health is connected to the health of the planet. Health goes beyond human fitness and extends to tackling climate change, so to save the planet all users need to do is move!

Alongside their ethical concerns is a quest to onboard the next generation of users onto web3. STEPN has, from the beginning, meant to act as a bridge and bring a diverse population of users to Web3.

As part of its celebration, STEPN is launching a series of challenges throughout September. Its first challenge will begin tomorrow. Players will share a before and after pictures on the App to celebrate the year.

STEPN will announce all the winners on the 30th of September via the STEPN Official Twitter account.