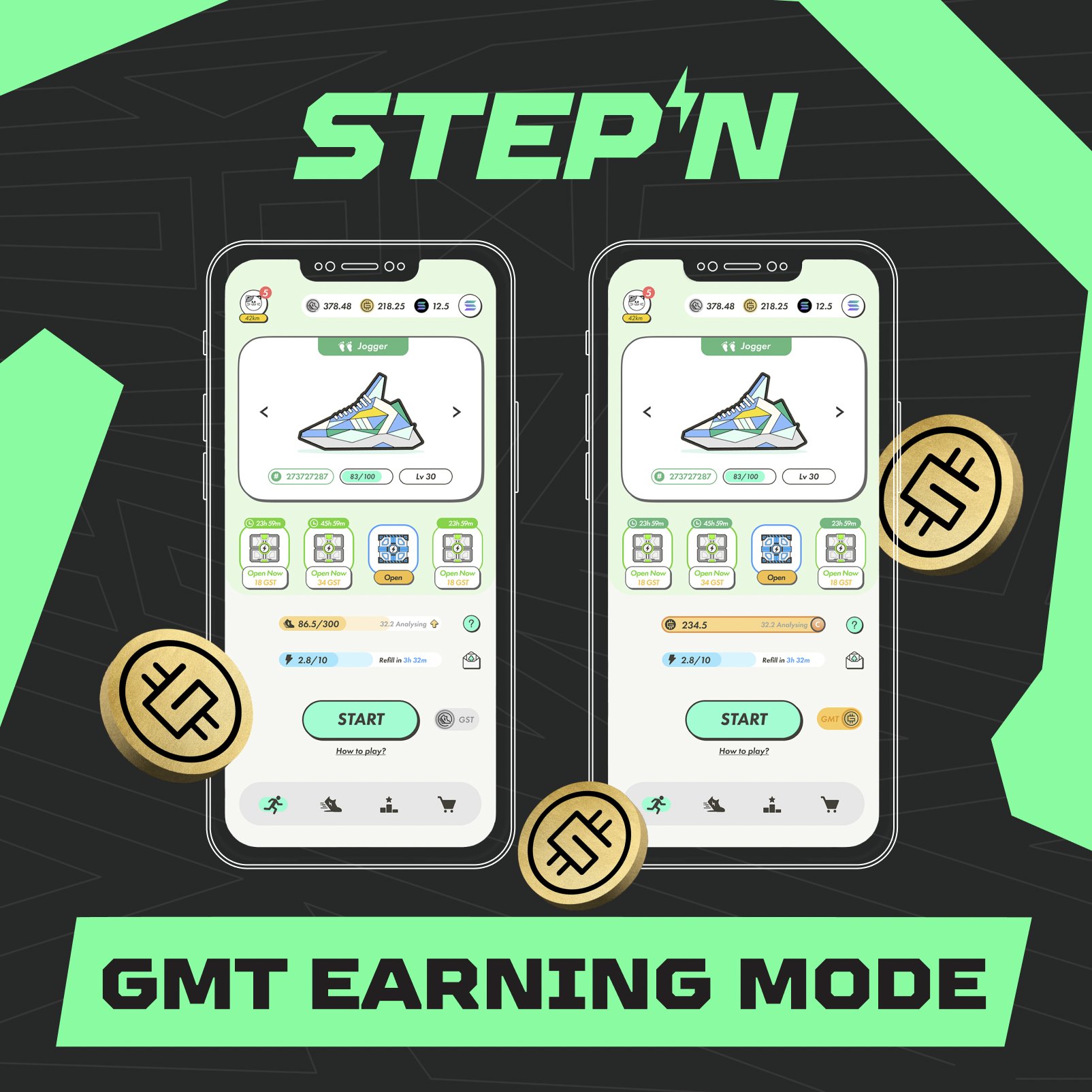 STEPN has launched a GMT Earning Contest days after announcing its new GMT Earning mode. STEPNers will be able to participate in the contest as long as they have a Level 30 sneaker.

To celebrate #STEPN GMT Earning we are launching a Level 30 Sneaker Challenge, enter for your chance to win a level 4 comfort gem 💎

Details on how to enter ⤵️ [1/5] pic.twitter.com/RXN0uMnHFG

They also released instructions on how to enter the contest. Players who are interested in taking part will need a Level 30 sneaker which they must incorporate into their entry.

Then, they must use the following hashtags #STEPN #GMT #GMTEarning #STEPNLevel30.

They need to tag STEPN’s official account in their post and submit their entry before Oct 16 23:59UTC.

STEPN GMT Earning Contest: What prizes are available to STEPNers?

This exciting contest comes with several great prizes that STEPNers can win. The exact prize depends on where you submitted your entry.

For instance, those STEPNers who opt to post their entry on Twitter will be in with a chance to win one of three Solana Level 4 comfort gems.

So if you know you definitely want a Solana comfort gem, maybe post your entry on Twitter. Conversely, if you prefer an Ethereum comfort gem, go for TikTok.

STEPN GMT Earning Contest: How are entries being judged?

The GMT Earning Contest entries will be judged by STEPN Ambassadors. The criteria they will use to select winners include:

This challenge is reminiscent of the challenges STEPN ran last month to celebrate STEPNember. The focus was on creativity with interpreting the prompt and social engagement, rather than your perceived level of fitness.

This makes the challenge a more inclusive one, as even beginner STEPNers at the start of their fitness journey can hope to win a prize if they put a creative twist on their entry.

The STEPN community is pumped about the new competition. Some STEPNers are already submitting their entries. For instance, Twitter user @okelazz submitted a 40-second TikTok video that he created to celebrate STEPN and the move-to-earn lifestyle it encourages. He also included a video of his GMT Earnings to date.

Another used took the opportunity to show off his Level 30 shoes. He said: “This is my level30 “beast”. I’ve made 10GMT until today and I’m fighting for a new comfort gem.

“Another 40gmt for a lvl2 comfort gem. Thus, a lvl4 would be the best prize. Best of luck to everyone.”

#STEPN #GMT #GMTEarning #STEPNLevel30@Stepnofficial
This is my level30 "beast". I've made 10GMT until today and i'm fighting for a new comfort gem. Another 40gmt for a lvl2 comfort gem. Thus, a lvl4 would be the best prize.
Best of luck to everyone. pic.twitter.com/VG4ZPXHqoy

Another user expressed hopes they’ll be able to level up their common trainer. The tweet read: “I hope I will win a Level 4 gem for my little common trainer she really needs it.”

The Twitter user also posted a picture of their common sneaker with arrows pointing to the gem slots and superimposed text which read: “I need a gem.”

@Stepnofficial #STEPNLevel30 #GMT #GMTEarning #STEPN I hope I will win a Level 4 gem for my little common trainer she really needs it 😅🤞💪🍀 pic.twitter.com/t1s1gUqqhp

Overall, reactions to the new competition have been positive. The community is excited to get involved with the new challenge. Many welcomed the GMT Earning mode when it went live a few days ago.

STEPN is a blockchain-powered lifestyle app that encourages users to get active and earn rewards. STEPNers can walk, jog, or run to earn GST or GMT. STEPN revolutionized the move-to-earn movement (M2E).

The app also features an NFT component, allowing users to collect, mint, and trade digital sneakers. The sneakers players have to dictate whether they can earn by walking, jogging, or running. There is some strategy involved on the player’s side to ensure they have the correct shoes to meet their maximum earning potential.

STEPN is on a mission to create a more sustainable and equitable economy, where users have true ownership over their digital assets and are rewarded for their contributions. By aligning incentives with healthy behaviors, STEPN is helping to build a more active and engaged world.

STEPN has been working hard to deliver exciting challenges for its users. Now that STEPNember is over, this brand new challenge is sure to pique players’ interest. The results are apparent – there are plenty of entries already submitted.