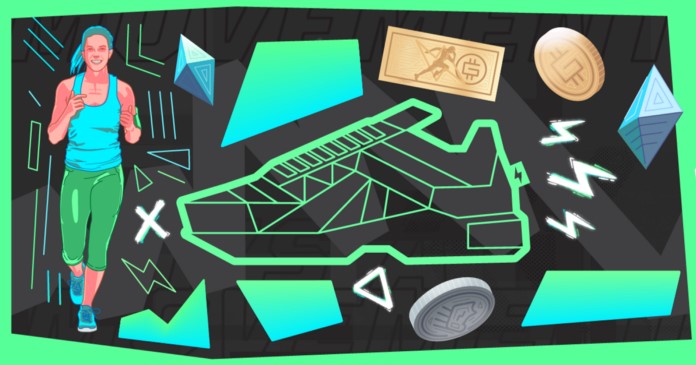 STEPN has today released its vision for NFTs and their utility for the future. The team hopes its new plans will make mainstream audiences see the use of non-fungible tokens.

In a lengthy article on Medium, the team detailed how it has incorporated NFT utility so far, and what it plans to do in the future. It delved into topics like Collectibles and PFPs, ownership and transparency, as well as scarcity among others.

The company released a link to the article on Twitter and prefaced it by saying: “In 2021 we saw incredible hype around NFTs with the NFT market becoming a $40 billion market. In this article, we explore the next phase, the NFT Utility Movement, which #STEPN has been pioneering since the very beginning.”

In 2021 we saw incredible hype around NFTs with the the NFT market becaming a $40 billion market. In this article we explore the next phase, the NFT Utility Movement, which #STEPN has been pioneering since the very beginning.

What do people think of STEPN’s vision for NFTs?

The tweet attracted the attention of many members of the community, but reactions were mixed. One user responded with a GIF of Leonardo DiCaprio slow clapping:

But another user was very critical of the vision, calling the new deep dive into NFTs ‘big words, zero action’. He said:  “Very good article, nice vision, big words, and zero action. [You’re] milking users as hard as you can. New m2e free projects have more value than GST already 🙂

STEPN is yet to respond to the comments made by this particular user, but it would be interesting to see how it plans to reconcile its bold vision for the future with the criticism it is receiving from users in the short term.

NFTs: Not just expensive profile pictures according to STEPN

Non-fungible tokens started out as profile pictures. At least that’s how many people saw them.

STEPN made reference to the Bored Ape Yacht Club, where people paid crazy money to buy pictures of apes. But of course, it was never about the pictures. And it was not about the fact that someone could just screenshot them and own them too.

Still, that was people’s first impression of NFTs and their utility. Skeptics felt that the only reason the NFT market became a $40 billion market back in 2021 was because of the hype around NFTs. There was no real utility. Right?

NFTs were and are a lot more than that. They’re not just pictures. They hold incredible utility. Each NFT is unique, hence the reference to non-fungible tokens. Ownership is completely transparent and recorded on the public ledger that is the blockchain. And of course, there is the benefit of scarcity.

But what does this mean for STEPN?

STEPN’s NFT utility model has disrupted the fitness model. But how has STEPN incorporated NFTs to create a popular move-to-earn Web3 lifestyle app?

A spokesman for STEPN shed some light on the vision for STEPN’s NFTs: “Our NFTs are not just flower vases meant to be displayed as an ornament. In fact, aesthetics is the last thing on our priority list.

“We want our NFTs to be a gateway into our ecosystem, and that utility is reflected in how our users engage with and use STEPN.”

This is true to a large extent. For instance, the game requires users to purchase NFT sneakers so they can participate in the earning aspect of move-to-earn. But these NFT sneakers are not just pretty pictures. They are dynamic.

This means they allow users to earn crypto for walking, jogging, or running.

How do STEPN users benefit from NFT utility?

There are several ways in which STEPN users benefit from NFT utility. These include:

STEPN’s NFTs are not simply an aesthetically pleasing picture of a sneaker. Rather, they aim to show how digital non-fungible tokens can have real-life utility. In this case, the gamification of health and fitness is made possible through NFTs.

And if you’re interested in getting involved with STEPN, it’s not too late. You can read our guide here. YouTuber Brie Kirbyson has a handy guide explaining exactly how to do that:

STEPN: A bold vision for the future of NFTs

But STEPN has lots of plans for the future of its sneakers.

A spokesman for STEPN said: “We’re not stopping there. As mentioned, we have big plans to layer in even more value every day: environmental, social, and more.

“Looking ahead, we have big plans to continue pioneering the utility NFT movement, even providing base utility to NFTs as a service to other ecosystems.

“We’re excited for the future — join us!”

If you’re excited about STEPN and the utility its NFTs offer, you can check them out on Twitter or Discord. Their website is available here.