StepN: P2E and Play for Fitness 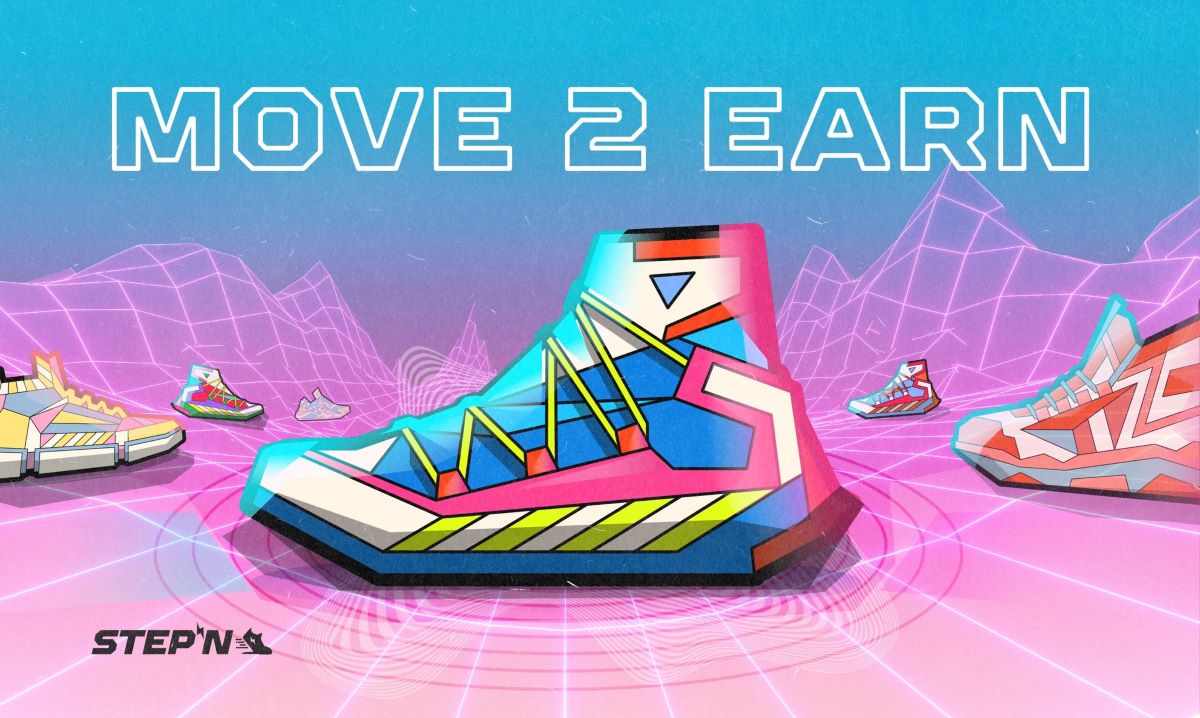 The gigantic leaps that the P2E and NFT markets have taken in the last couple of years cannot be talked about enough. The industry has constantly revalued its potential capitalization as more and more people have joined the cause. In 2022 alone, the Net Sales Volume for the NFT market is expected to cross 35 billion US Dollars. This is because of the discovery of a very appropriate niche. This niche was the P2E gaming market. The hyper usage, mint, and burn of crypto assets in these games gave a very straightforward indication of how big metaverses could get.

However, what if we tell you, that we might just be tapping into a completely new niche in the NFT market. Till now, the metaverse market was dominated by metaverse games. Titles like Axie Infinity, Sandbox, and Decentraland became the new face of the term metaverse. But ever since the advent of the term metaverse, people realized that this goes far beyond the scope of P2E gaming. And that realization has brought about the makings of a possible P2E regime that impacts everyone, and not just gamers. If like us, you were also having trouble truly differentiating between P2E gaming and Web 3.0, this article is for you.

StepN has arrived, bringing with it, the concept of a P2E metaverse, for fitness. We wish there was some way of channeling how hyped we are, that would allow the readers to just gauge what this can become. A P2E medium, that is directly going to influence lifestyles. An earning mechanic for making your lifestyle, more sustainable, more enriched, and more value-added. Before we go on and talk in-depth about StepN and all that it plans to do, let us expand on where a P2E Lifestyle can take us. At this point, do we still call it P2E? What exactly are the changes that can be brewed up from this massive innovation? Whatever it is, stay tuned! This one is going to be big!

Right now, we are focused on P2E for fitness. But imagine, what more can be done through the concept of the Metaverse. After all, the recipe for making a successful metaverse is straightforward. It takes the adaptation of a good crypto model, an attractive NFT collection, and a sustainable mint and burn routine to maintain and grow a metaverse. Of course, all that is coupled with robust decentralized values and principles. Tomorrow, could we have an entire P2E entertainment industry? Could we have a separate music industry? Where exactly are we headed? Well, before we transgress from the real purpose of today’s article, let’s take a few steps back and deal with it, one StepN at a time.

What Really is StepN?

We have established that StepN is a P2E metaverse, but one that combines gaming with lifestyle. It is truly a Web 3.0 project, rather than an NFT game or a P2E gaming project. It combines several in-built GameFi and SocialFi elements. The concept was dutifully presented in the Solana Ignition Hackathon 2021. The project placed 4th among north of Five hundred presentations.

More qualitatively, this metaverse aims to incentivize people towards a healthier lifestyle and to try and combat climate change. The basic mechanic that needs no real description is the idea to earn with your sneakers. These sneakers would create revenue for “step-takers”, just for taking steps. As it is obvious at this point, these sneakers would be the biggest part of the metaverse’s NFT base.

These sneakers would differ in terms of value and other key attributes. Base returns from each sneaker differ. This is something that hints to us that this game does discriminate between high-price sneakers and low-cost sneakers. Why shouldn’t they? They still need to pay the bills even if they are a lifestyle-driven metaverse, right? These sneakers would also differ in tendency to depreciate. Higher-value sneakers can also entitle players to lucky draws like mystery boxes loaded with crypto assets and whatnot. There is also a comfort quotient that is attached to each sneaker, but that attribute is still under some rework. But it gives off the vibe that the leading team has certainly put real thought into this. There is also the aspect of Repair cost involved. The more expensive the sneaker is, the higher its repair cost.

Types of NFT Sneakers in StepN 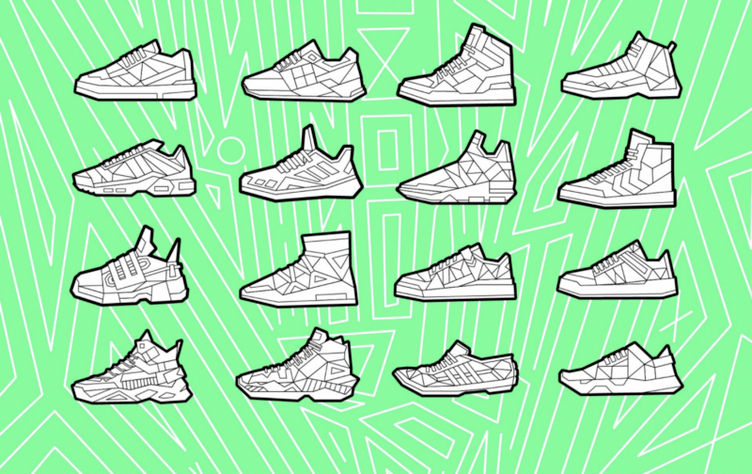 Quality and Levels of these NFT Sneakers

The quality of these sneakers is derived from their rarity. There are five preset sneaker rarities in the metaverse. The rarities differ in terms of attributable credits. The common rarity’s attributes range from 1 to 10. The Uncommon rarity ranges from 8 to 18. Then, the rare sneakers range from 15 to 35. Followed by Epic Sneakers, which offer attributes between 28 and 63. And lastly, the Legendary sneakers allow attributes from 50 to 112.

The Cost of Energy

The Leading team understood the fact that players could not be allowed to run all day, every day. Apart from that, it was necessary to put some sort of cap on the level of daily and hourly activity a user can commit to. Limits like these are necessary to sustain metaverse economies. Hence, the cost of energy has been implemented in this metaverse. Having said that, competitive users can buy more energy through the in-game token, $GST.

The Tokenomy for StepN has registered two main tokens. The in-game coin is the Green Satoshi Token, $GST. Whereas, the governance token is the Green Metaverse Token, $GMT.
Although the $GST will have an unlimited supply, 60 million GST were created for liquidating the tokenomy. Out of these 40 million were minted (20 million $SPL and 20 million BEP-20) and added to Orca, Pancakeswap and Raydium. The remaining 20 million were locked in Binance to serve as a bridge between Solana and BNBchain. This minted coin is burnt by the following burning procedures:

6 billion $GMT token was minted at the start. 30% of this total amount will be vested back into the move&earn mechanic and governance.
You can also earn $GMT from your sneakers once they exceed level 30. More information on GMT’s vesting and redistribution can be accessed on this link.

The lifestyle metaverse is still only in the fourth phase of its public beta launch, and already it has amassed more than 360K followers on Twitter. Other than Twitter, the metaverse has very active community channels on Discord. With more than 400,000 active members on the main channel. The title also boasts a very impressive 11K followers on Medium. With a new featured article posted almost twice or thrice a week. With more than 90K items on sale at Opensea for StepN, it is also one of the most potent new metaverses presenting their collections on Open Sea. 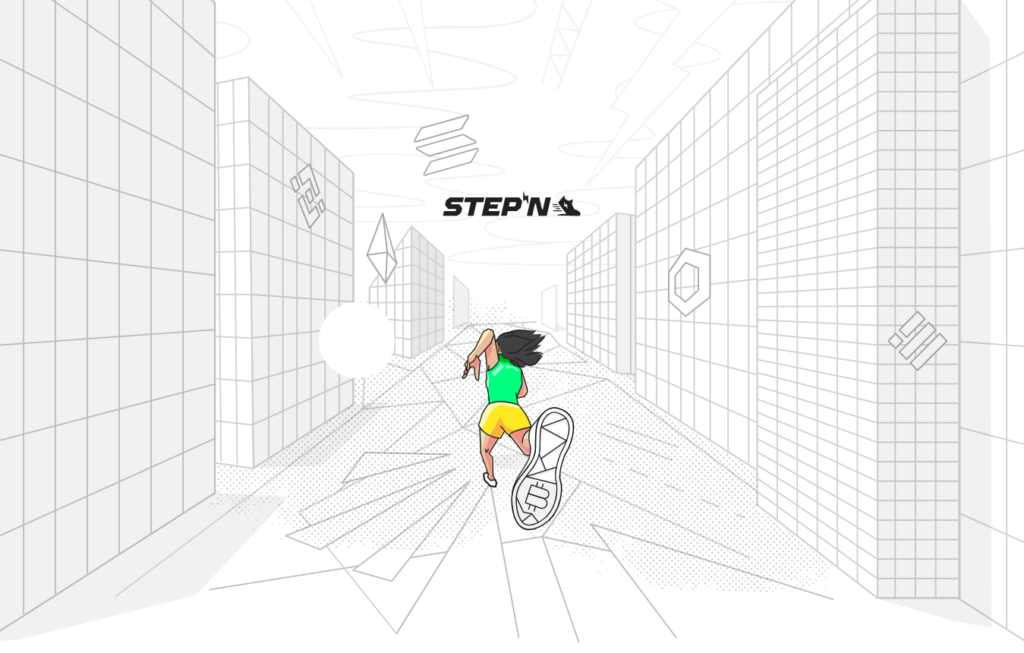 The metaverse’s development roadmap is expected to conclude at the end of 2022. Ever since the advent of the Move&Earn concept for the first time in August, the metaverse has been able to accomplish the following. Feasibility and Mockup designs in August 2021. Followed by Community and team building concluding by November 2022. This was ultimately followed by the infamous win of the Solana Ignition Hackathon.

Ever since then, the metaverse has been successfully able to test its new patch update sufficiently. After the patch update test, the team was able to focus on a staunch marketing regime during December 2021. Along with the marketing, StepN was also able to host a massive community event and launch its public beta before the New year. In the first quarter of 2022, StepN launched its in-game marketplace.

Now, looking forward, the metaverse hopes to reach competitive maturity in the next 6 months. A multi-chain wallet and marketplace system is set to be implemented by the end of the second quarter of 2022. This will be followed by Achievement, quest, and rental systems in the third quarter, and then finally, after some social-fi elements are perfected in the final quarter, the metaverse would announce its first-ever Online Marathon.

One of the most important features in this metaverse pertains to privacy. StepN is one of the very few decentralized metaverses in the market that can boast the idea that they do not wish to profit from their users’ data. In a market where every new day, some title is feuding with google or apple over privacy restrictions, StepN’s values should be complimented.

As far as Security goes, StepN gets its Smart contracts audited by Verilog solutions. Advertising this security measure also opens StepN to scrutiny. But evidently, this doesn’t faze them as they understand the biggest insecurity people have regarding web 3.0.

All these factors combined give us a very strong outlook, a very compelling case indeed. It tells us that there is a metaverse, set toward defining a new norm in the market. And whenever we have had new norm-defining titles in the market, it makes sense to expect a massive valuation to compliment it. If StepN can deliver the roadmap it has set for itself, there is no reason to believe why this metaverse would not be able to become the new face of the metaverse industry.