STEPN is a Web3 NFT Game, lifestyle software featuring aspects of Social-Fi and Game-Fi. Users wearing NFT Sneakers can walk, jog, or run outside to collect GST, which can be used to level up and purchase new Sneakers.

Users’ GST profits are held in the in-app wallet, which has a built-in Swap function, and they can opt to lease or sell their NFT Sneakers on the in-app Marketplace. 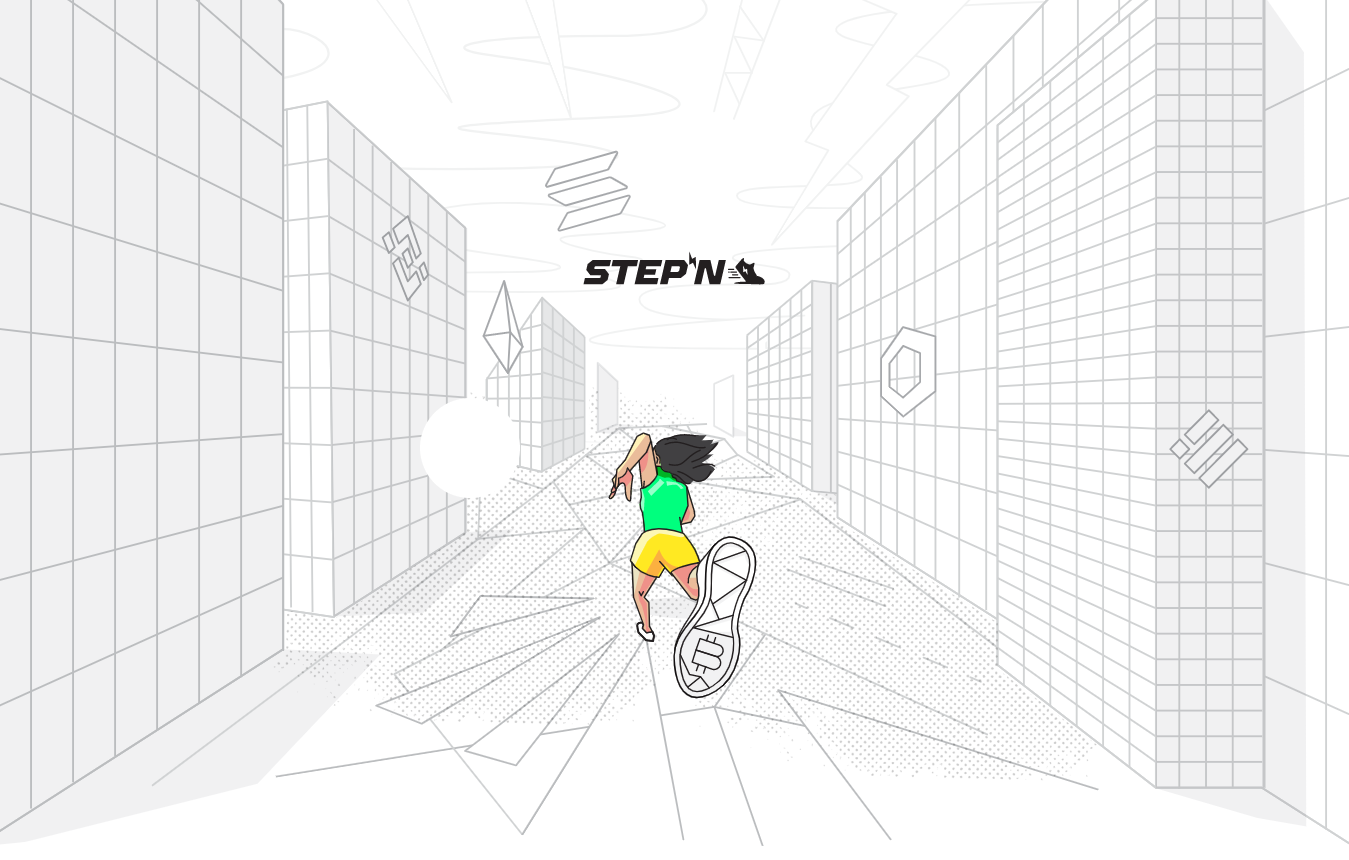 STEPN is based on direct daily action for most people: moving around. They are the first project to successfully implement a working move & earn concept, finishing fourth out of 500+ projects at the Solana Ignition Hackathon 2021.

Users are outfitted with NFTs in the form of Sneakers. Users can earn game currency by walking, jogging, or running outside. This currency can then be used in-game or cashed out for profit.

STEPN’s Game-Fi initiative intends to nudge millions toward a better lifestyle, tackle climate change, and link the public to Web 3.0 while relying on its Social-Fi component to develop a stable platform promoting user-generated Web 3.0 content.

STEPN is a GPS-based game in which the app tracks your movements and steps, much like your Fitbit.

To begin running, you must first purchase a pair of virtual sneakers. Yes, you can wear these on top of your regular sneakers. Because they are minted NFTs, you can resell them on the market and possibly make a profit to purchase a better pair.

Each pair of sneakers is a two-dimensional Pokémon with unique attributes and rarity. The numbers influence how long you can run before you have to recharge. They may also provide you with a speed bonus, allowing you to earn more GST while running.

If you already have SOL in your wallet, getting some sneakers should be simple. If not, you can use the Quick Exchange function to get some on liquid.

You may also import it and spend it in-game. However, we recommend creating a new wallet within STEPN and moving SOL.

You must spend SOL on the market, but you will gain GST while playing the game.

One feature of the STEPN marketplace is that product pricing does not always reflect their quality. For example, you might come across a pair of Common sneakers with average stats for 9.0 SOL and another pair with poor numbers for 1500 SOL.

The above is a Common pair with good metrics, better than many four-figure sneakers. Their high Resilience will ensure that you run for an extended period.

While you will need sneakers to begin earning, you will not need to purchase anything to start jogging.

First-time users can use the app and all of its features for free. The earning meter will begin to fill up as you run when you’re ready to commit and have some STEPN sneakers.

Time-gating is not simply the best aspect of STEPN, but also one of the most extolled mechanics in gaming. There is a daily restriction to how much you may run with the app, limiting your profits.

Energy is what they call it, and you get a tiny bit for free every day, plus some from your footwear. Although, high-quality sneakers provide a lot of Energy. There is a fundamental limit to how much you may have each day.

This equates to 100 minutes of running time.

You can keep running even after your Energy is depleted, but the earning meter will halt until the next day.

There is also a speed meter that you must maintain to continue earning. This is one of the most challenging components of the game because you must be in peak condition on every run.

The game’s activities, such as Marathon, keep players engaged and motivated, which is something most modern games, much alone NFT games, have yet to manage.

However, we are fans of the time-gating mechanics. Allowing people to play more is essential if you want to keep them interested. Currently, the amount of money accessible to earn in STEPN pales in contrast to the bulk of NFT games. That must change as quickly as feasible if the brand is to have even a minor advantage in the long run.