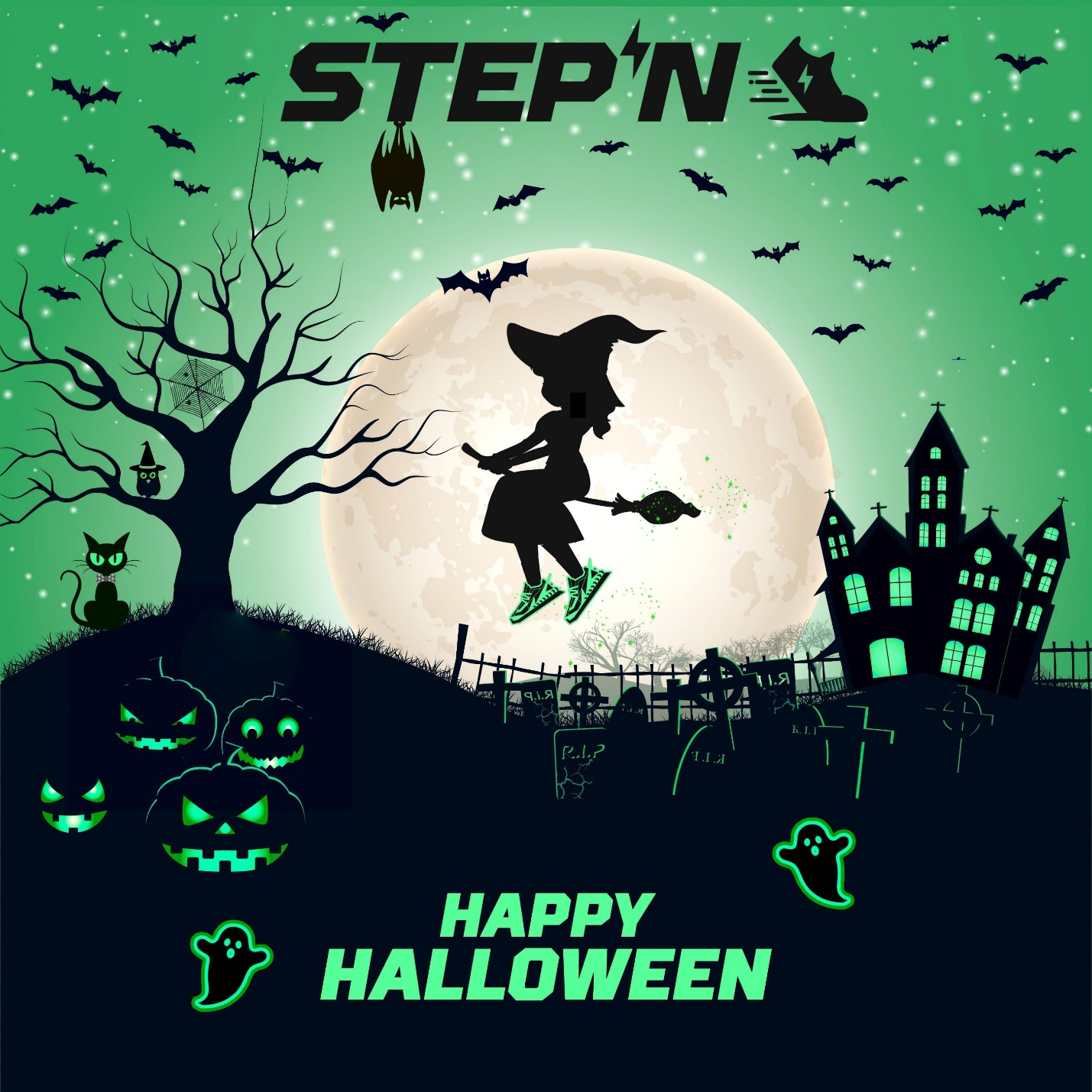 At a time like this – when the nights are spooky and the days are Halloween-y – Web3 user communities are rightfully entitled to amazing, spooky experiences. This way, users can connect better with their various platforms. Similarly, the platforms will be able to detect what interests users the most and work more to give them the best experiences.

Still, in the mood of Halloween, STEPN has announced that the Pumpkin Carving Contest is live. The contest – organized to commemorate the Halloween season – is open to all STEPN users till November 2, 2022. Also, the announcement came with a few guidelines that can earn them top spots in the contest.

While the contest is on till November 2, STEPN is using the opportunity to wish its user community a very happy Halloween. As a creativity contest, participants are expected to showcase their style by creating unique Halloween pumpkins. Should they impress the organizers – and follow the entry guidelines – they can go home with amazing prizes.

We know you have the best creativity, so flex your artistic skills and win $GMT! Spooky luck to you 🍂

How to participate ⤵️[1/3] pic.twitter.com/gWfulzIftE

Obviously, this is a treat from STEPN, as users will be going home with rewards after a great deal of self-discovery and creativity. Participants are expected to exhibit their creative prowess and design stylish and awe-inspiring Halloween pumpkins. This way, they can convince the STEPN team that they are truly worthy of the prizes.

STEPN organized the Pumpkin Carving contest to celebrate the season of Halloween with fans all over the world. According to the popular M2E platform, members of its user community are highly creative. As a result, it is highly expectant of pumpkins created with great deals of artistic skills.

“We know you have the best creativity, so flex your artistic skills and win $GMT! Spooky luck to you.” – STEPN

In a series of tweets, STEPN announced the contest as well as the guidelines for interested users. These guidelines are there to help all participants, as failure to adhere to them may disqualify a participant’s entry. Here are the released entry guidelines:

All participants should check through the guidelines more than once before sharing their Halloween pumpkins on their Instagram feeds. This is to avoid unnecessary mistakes which can disqualify their entries. As mentioned earlier, failure to follow the entry guidelines may render an entry invalid.

As always, STEPN is committed to creating more ways for members of the STEPN community to earn more rewards. So, for the Pumpkin Carving Contest, participants stand to win up to 3oo GMT tokens.

As announced by STEPN, prizes are available for the top 3 entries, with each going home with 300 $GMT. Additionally, each winner will be contacted via direct messages.

Lately, STEPN has been up and doing regarding giving back to its user community. The platform recently launched a GMT earning contest for users to earn over $5,000 USD. While this seems exciting, it is noteworthy that the platform has ventured into quite many similar projects.

This month, STEPN – in collaboration with The Giving Block – launched a charity project where users can donate GMT tokens. In turn, these tokens will be given to non-profit organizations (NPOs). This way, users can support various causes, including education, environmental conservation, child health, and innovations.

Also, the move-to-earn platform released the much-anticipated Rainbow Sneakers on the STEPN app. With the launch, users can now earn more GMT tokens due to the enhanced capacities of the Sneakers. In addition, the platform also launched a GMT earning contest at the beginning of October.

With regard to social health, STEPN dropped a guide towards the end of September. Before then, the popular fitness-oriented platform announced that users could now earn GMT tokens. Furthermore, they will be able to switch between GST and GMT modes, and no side will have a better advantage over the other.

The #STEPN team are proud to announce that after months of planning and testing, $GMT earning for Level 30 Sneakers will be deployed to the STEPN App in the next 24 hours.

Read on for a few important notes ⬇️ [1/7] pic.twitter.com/Pu0iSzy0TJ

STEPN is a leading M2E platform that has a solid users base, which are called Steppers. Combining the power of blockchain technology with fitness, the platform tracks users’ movements and rewards them for engaging in fitness activities. That is, on the STEPN app, users are rewarded for running, walking, and jogging.

Additionally, STEPN is one of the best move-to-earn apps at the moment. With counterparts like Sweat Economy, the platform has done a good job of remaining on top of its game via its unique projects.