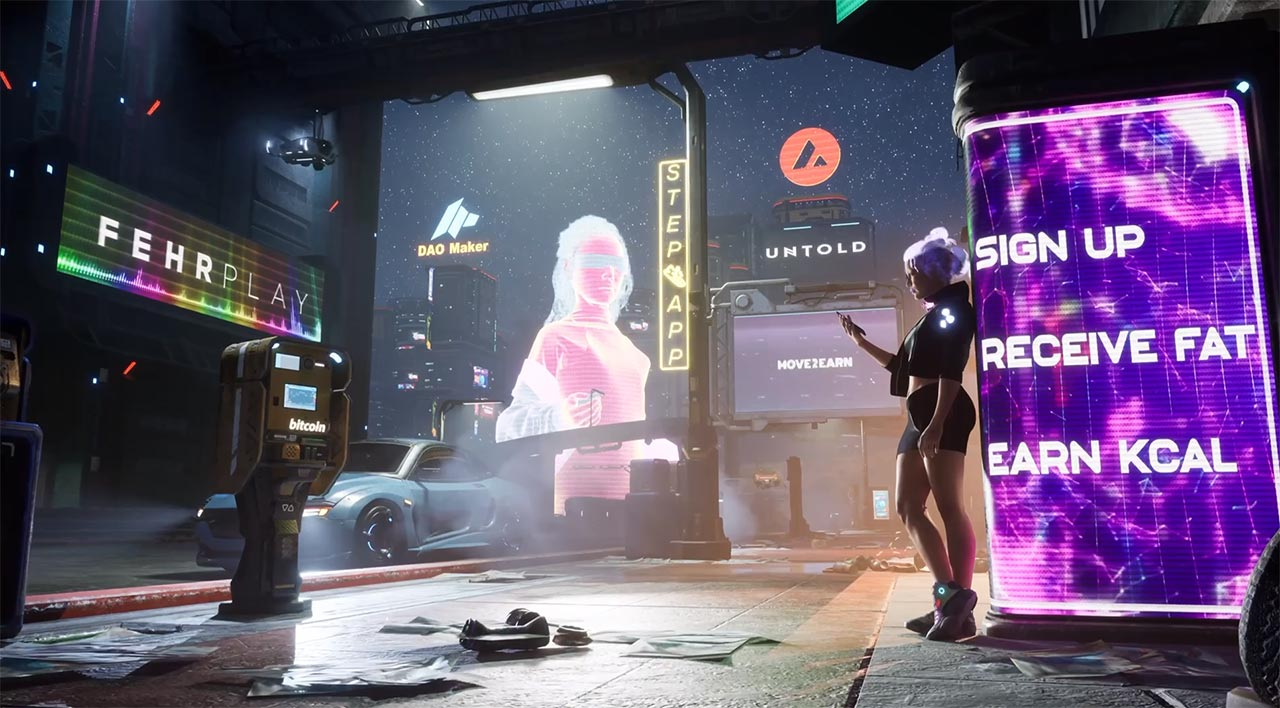 Step App will kick start its launch in Tokyo in less than two weeks. The Step App conference series will embody Step App’s goals to build a bridge between the metaverse and reality. It will employ fitness and health as the common denominator to achieve its goals. The event will align Step App with its ecosystem in both worlds and legitimize and solidify it.

The Step App Conference this year will revolve around the release of the main app. More so, it will serve as a catalyst for a healthier, wealthier global community. The event marks a celebration with and for the entire Step community.

Attending the Step conference will be more than a big deal for Steppers. Attendees will celebrate Step App’s launch alongside Usain Bolt and other world-famous artists. The conference will have several industry leaders attend to give crypto and fitness speeches to Steppers present in Tokyo.

💫Imagine…
you’ve won a ticket to the exclusive #StepApp conference 😍 & you get to attend keynote panels with industry leaders, enjoy live entertainment from world-famous artists, get swag, & much more… for FREE.

Steppers should visit this page to purchase tickets for the launch. See you soon in Tokyo.

All You Need To Know About Step App

The inaugural Step App conference will take place in Tokyo on December 1st of this year. The Step conference aims to discuss the app’s goal of connecting the metaverse with the real world. Its overarching theme will be fitness and health.

The event will persuade the audience of the reliability and legitimacy of these goals, the app, and its ecosystem. The launch of the new app will be the main topic of the first Step App conference. Beginning with this, the Stepper community will become healthier and more prosperous.

The launch will take place at Raise Tokyo. Tokyo residents, famous people, and foreign tourists regard the towering structure in the city’s centre as home. The club boasts an 800-person capacity. The club features several chrome void speakers highlighted as design components and add to the space’s modern appeal.

The club has a 740 square meter space and perches on the 6th floor of the Tokyu Plaza. The building features a 27-meter-high glass frontage with views of the opulent, fashionable Ginza district and the magnificent Tokyo cityscape.

Step App Launch: What To Expect

Users of the Step App have been given a preview of the launch programs. It would “not be a standard app launch,” the platform asserts. The Step App team is eager to welcome the whole Step community and any guests.

They claim that panels and keynote speakers will spend the first part of the event debating the themes. The discussions will cover several subjects, including fitness, metaverse, and cryptocurrencies, highlighting how the fields can interact and benefit together.

As they celebrate the “launch of the primary app,” it will be a joyful time for everyone. A special emphasis should be made on the live performances by DJs and other performers to “get your steps in.” Let’s look at some of the DJs that will be showing up.

One of the hottest hip-hop musicians in Japan, AK-69, will have you dancing all night long. Fehrplay is a DJ whose contemporary progressive house tracks will take you to another planet. Usain Bolt will also be playing the role of a DJ. The fastest man in the world is also quickly rising to the top of the DJ industry.

Let’s look at the event’s speakers and the programme of events.

Triathlete and Coingate CEO Dmitrijus Borisenka will talk about the blockchain, physical health, and movement, including his way of life. Japanese baseball sensation Kazuto Taguchi will speak about his love for the game and career as a professional player.

Usain Bolt, the eight-time Olympic gold medalist and fastest man in the world, will discuss “The Road to Excellence”. More so, he will discuss his experiences as the Step App’s worldwide ambassador. Following the keynote speeches, outstanding international artists will amp things up to commemorate the success of the app release.

The event will start at 7 pm, and guests will be received till 7:30 pm. Panels and speeches will commence by 8 pm and last until 10:30 pm. Thereon, it will be merriment all night long with live performances from AK-69 and multiple DJs.

Keeping fit is the focus of Step App. The quickly expanding move-to-earn platform aims to pay users for engaging in physical motion-based workouts. In these circumstances, the Step App monitors your activity and rewards you.

You get $FITFI tokens from Step App by exercising your body. With the help of augmented reality and rewards, the Step App encourages earning tokens while wearing an NFT sneaker.

Step App has concluded several projects in the previous few weeks. Another achievement for Step App is about to come with this. The Web3 fitness project aims to top it all off with its debut. Users will be kept in the loop till the launch as the next Step App’s promotion is ready.

According to the CEO, Step App’s mission is to motivate people to exercise regularly to maintain their well-being. He believes they can accomplish this by rewarding people for exercising by paying them in cryptocurrency. Usain Bolt, the platform’s ambassador, also expressed his admiration for the Step App. He said he appreciated the notion of letting individuals earn money while keeping up their health.