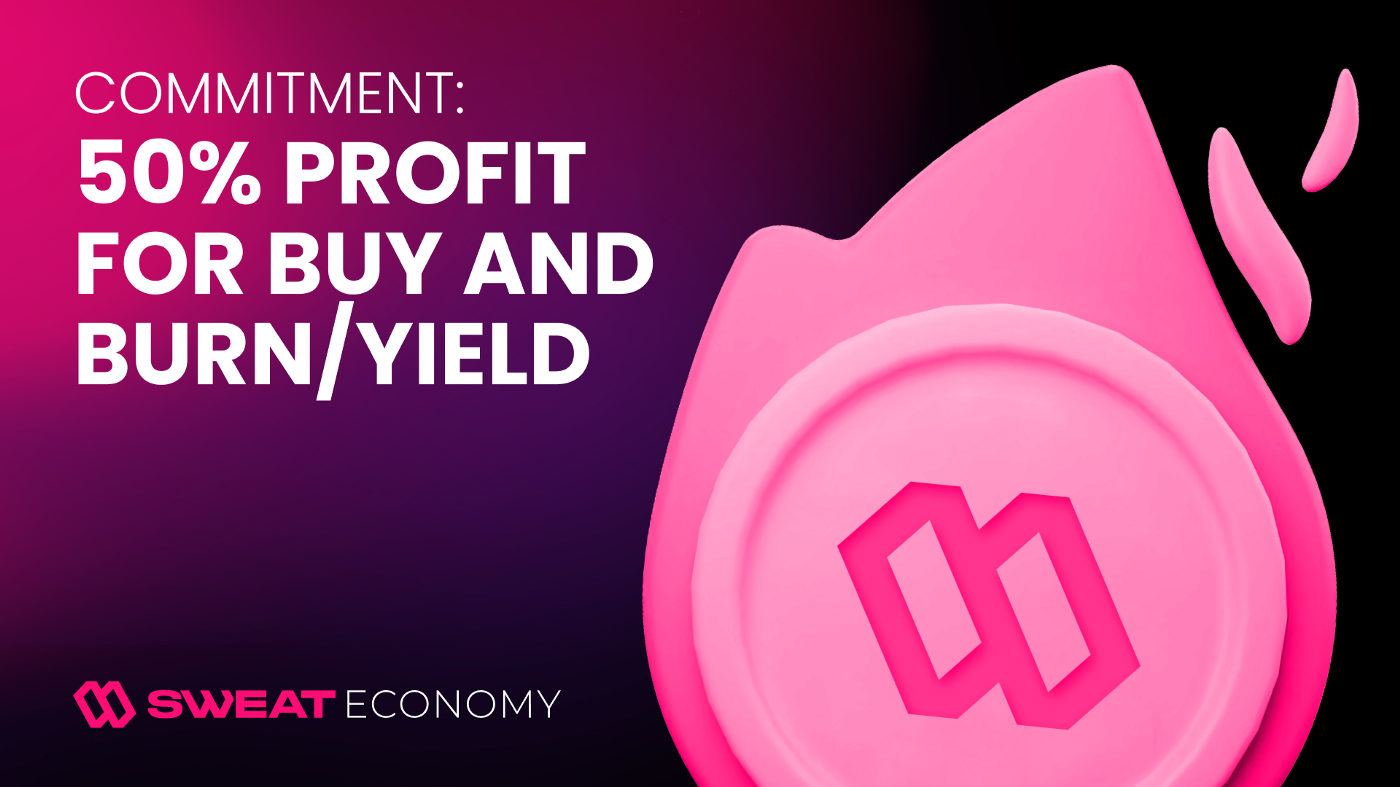 The Sweat Foundation has announced a recent update in the gameplay mechanics for earning SWEAT. This will change the way users buy and sell their SWEAT tokens, as well as their value. In this article, we will look at the recent developments in this news.

Sweat is short for Sweat Economy, the ecosystem behind Sweatcoin and the SWEAT token. The ecosystem’s central role is to urge people to get moving in reward for real cryptocurrency and produce and maintain a stable game economy.

As they say in their introduction article, the Sweat Economy recognizes that in most societies in the world, ‘obesity is a bigger problem than malnourishment,’ partly due to capitalism. For that reason, they are attempting to incentivize movement by changing habits. They want the SWEAT token to be the reason people get up and move around more.

Sweat Economy is successful because they had built successful longevity with their popular movement app Sweatcoin. Introduced in 2014, Sweatcoin has remained one of the most popular move-to-earn apps in Web2 that have not used cryptocurrency. Instead, Sweatcoin pays users in its in-game token, a token that is not valuable in the real world.

This token could then be used for redemption and gifts or prizes. However, this is no longer the case. In Web3, Sweat Economy has introduced the crypto token SWEAT into Sweatcoin. This is likely to change the course and success of the game. Especially because users do not have to use cryptocurrency, it means the game will not lose any audiences.

The Sweat Foundation have confirmed that they will always publish evidence of the bing activity, ensuring that the Sweat community has transparency and trust when dealing with things like this.

💧🔥💧🔥
Sweat Foundation commits to use 50% of profits for buy and burn/yield.

So, what does this actually mean?

Committing 50% of its profits to buying SWEAT will likely make the game more competitive and exciting. It probably means that rewards will be higher for users, which is always incredibly exciting, let’s admit it.

Buying and burning will enhance the utility of the SWEAT token. It will prevent the inevitable dilution by reducing the tokens in the circulating supply.

The SWEAT wallet that holds the SWEAT tokens has been unambiguously designed for the mass market. Anyone with a smartphone can easily create a wallet in seconds. Once they have this wallet, they can immediately start walking and mint the SWEAT token.

There is no denying that the Sweat Economy fan base is continuing to grow. As we mentioned, the ecosystem has a great foundation due to the success of Sweatcoin. Now, users who love Sweatcoin (and have for years!) will be more likely to get into the crypto side o things. We think this is an excellent move from the Sweat Economy team.

It’s recommended to already have a strong fan base before introducing things such as cryptocurrency, as this will likely put some people off. With the current fan base of Sweatcoin users and crypto fanatics, the Sweat Foundation has a successful balance of users, new and old.

With this growing fan base partaking in more physical activity, the token would have become inflationary. This would be a drawback, as it would dilute the value of your physical movements. The element of buying and burning ‘balances the huge popularity of the game, alongside sustainable economics,’ as their Medium post states. By returning the value of the community back to the value of SWEAT, we will see a surge in token value.

Additionally, buying for yield also enhances the token utility, further preventing dilution of the value. In the SWEAT wallet, users can stake their tokens to receive a substantial percentage yield on their coins, increasing the value. In funding the utility with SWEAT from the secondary market, users will not see token inflation, making the gameplay economics even more sustainable. When playing Sweatcoin, there will be no sign of enormous inflation.

How Will the Swear Economy Fund this?

The Sweat Foundation generates revenue in two ways. Firstly is user engagement. The SWEAT wallet is valuable to brands to advertise or be featured in Sweat Economy’s processes. Secondly, transaction fees make up a huge amount of their revenue.

There is no denying that the Sweat Wallet app is introducing a new audience to the world of crypto. The bigger the community, new or old, the more revenue is generated from app features such as NFT games, staking, and exchanges.

Like us, you’re probably excited about these new developments. Ensuring the Sweat economy is stable is necessary and will affect the overall success of the token. For more information about this, take a look at our previous articles, as well as Sweat Economy’s social pages.