SWEAT Wallet Users Walked 8,000 Times Around the Globe in Just One Month! 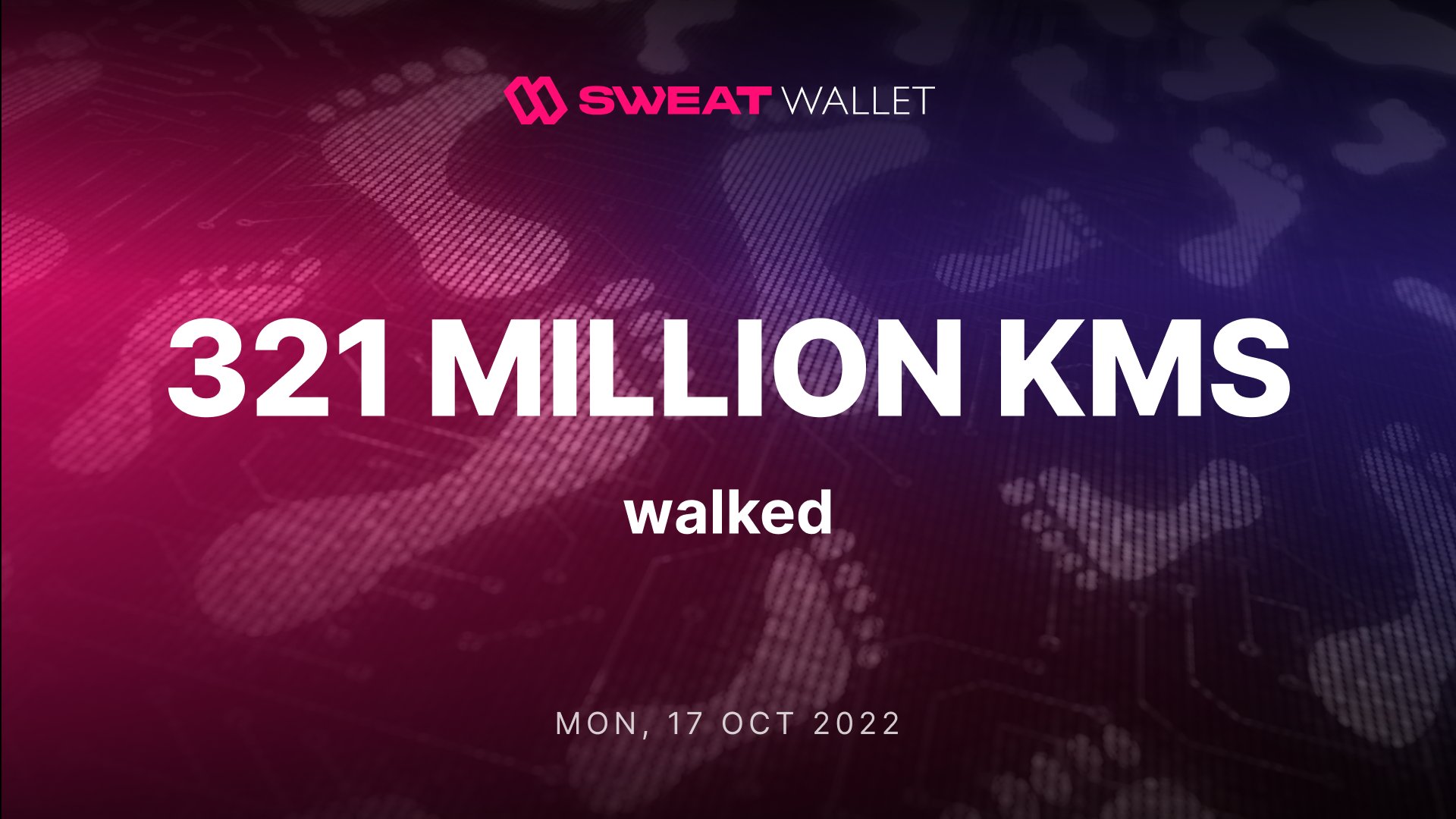 Although move-to-earn projects care about their user communities, not many of them have received the same energy from their communities. But for a leading M2E platform like Sweat Economy, that is not the case. The platform’s user community of over 120 million members has been contributing massively towards the betterment of the project.

Today, Sweat Economy announced that Sweat Wallet users covered a total of 321 million kilometers in just one month. The platform further explained that the feat was achieved in the first month after the launch of the Sweat Wallet. Also, when the calculations were done, results showed that the total walk amounted to 8,000 trips around the globe.

Notably, the SWEAT Wallet is Sweat Economy’s latest development. The app provides users with the opportunity to earn rewards while keeping fit. Simply put, it creates a way for individuals to “move into crypto”.

Since its launch, the SWEAT Wallet app has been hitting impressive landmarks. The app has witnessed quite some achievements, like 20 million stakes in a week during the Staking Rewards program. And today, its users have set yet another new record.

According to Sweat Economy, its users have been contributing massively since it was established. Not only that, but they have also assisted the platform in spreading the gospel about cryptocurrencies. Judging from the short time frame, 321 million kilometers in one month is a huge feat.

Thanks to the Sweat community’s unflinching support, the SWEAT Wallet app is now popular across the globe. At the moment, the app has gained prominence in over 50 countries as a top financial app. Well, it is unsurprising, especially from a platform with over 120 million members across the globe.

What Is the SWEAT Wallet?

The SWEAT Wallet is the latest development from Sweat Economy. As mentioned earlier, the app allows users to earn legit cryptocurrency while they engage in fitness activities. These activities include walking, jogging, and running.

Also, the app tracks users’ steps and converts it into the platform’s native SWEAT token. Currently, 1000 steps will fetch you 1 SWEAT token. This way, people can easily “walk into crypto”, according to Sweat Economy.

Speaking of popularity, the SWEAT Wallet has gained massive fame across many countries. Listed as one of the top financial apps, more than two million users downloaded the SWEAT Wallet within 72 hours of its launch.

While it helps users keep track of their overall earnings, the SWEAT Wallet is also useful for staking. Staking is simply locking away crypto assets for a period of time to support a blockchain’s operation. And with the SWEAT Wallet, staking just got easier.

Several activities and projects have taken place in the SWEAT Wallet since its launch. Sweat Economy has utilized the app’s infrastructure to give users a more engaging experience. Notably, users participated in the Staking Rewards program using the SWEAT Wallet app.

In September, 2022, Sweat Economy launched the Staking Rewards program as a way to give users more rewards. During the time, participants were required to stake their SWEAT tokens into the SWEAT wallet app. Notable partners at the time include Ref Finance and NEAR protocol.

We are giving away 3,000 Adidas gift cards worth $10 each to stakers in the Sweat Wallet.

You only need to stake 70 SWEAT in Growth Jars to be in with a chance of winning this reward!💧#walkintocrypto pic.twitter.com/53L8ZrXuQW

Also, Sweat Economy organized a reward program geared towards the 2022 FIFA World Cup celebrations. Like the aforementioned projects, users were required to stake their SWEAT tokens in the SWEAT Wallet app. Among the prizes attached are free match tickets and an all-expense paid trip to Qatar, the event’s location.

What Is Sweat Economy?

Sweat Economy is a top-class move-to-earn Web3 project that evolved from the pre-existing Sweatcoin app. What the Sweatcoin app does is to reward users for engaging in physical activities like running, jogging, and walking. Every step or movement is recorded by the Sweatcoin app and converted into Sweatcoins.

However, Sweatcoins are in-game currencies that are not useful outside the game. In fact, they cannot be transferred outside the Sweatcoin app. But with Sweat Economy, users can convert their Sweatcoins to SWEAT tokens.

Additionally, with the new fiat on-ramp feature, users can purchase SWEAT tokens with their cards (debit and credit). This way, they can support the platform with fiat currencies like the United States Dollar and the Euro.