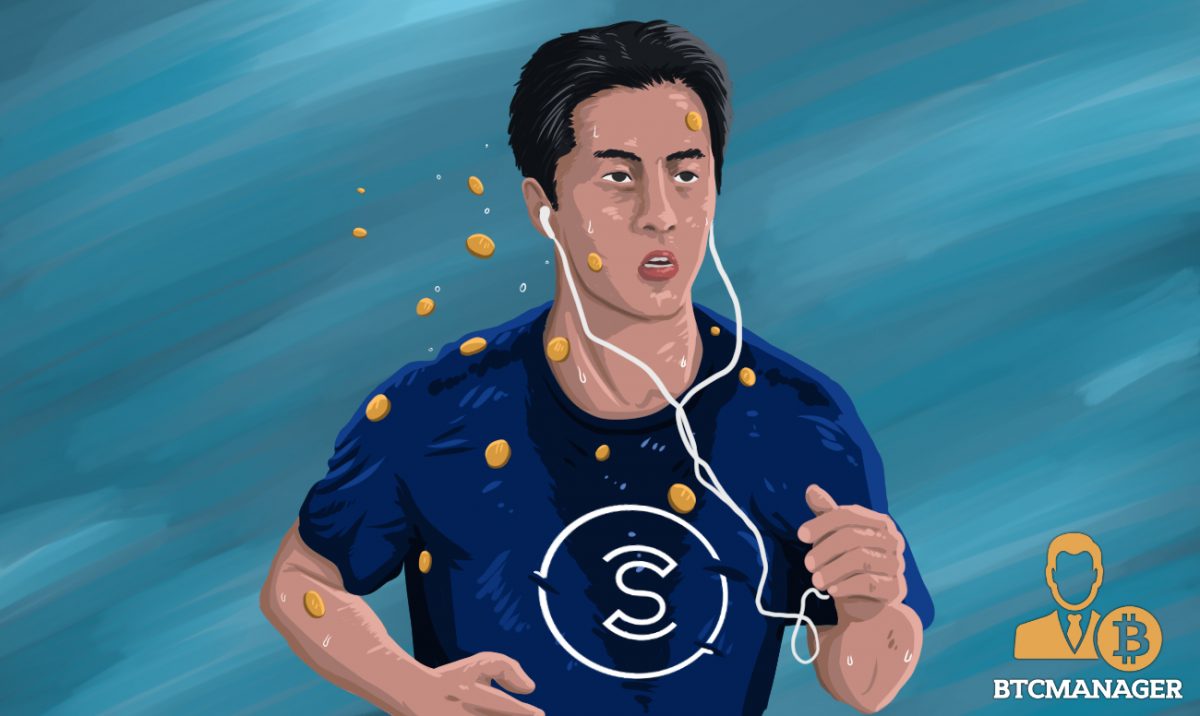 The launch of the Sweat Wallet has been one of the most meaningful events in crypto this year. The wallet has had many milestones so far.

However, in just two weeks, Sweat Wallet users walked over 133 million kilometers. It’s an incredible feat for an app that rewards people for the movement.

According to Sweat Economy, the 133 million kilometers represent 173 trips to the moon and back. It would also represent 3250 rotations around the earth.

That's 173 trips to the moon and back 🌔👣 pic.twitter.com/GyoLLEzHaD

Sweat Economy: A Revolution of Movement

Sweat Economy is the hottest move-to-earn app in town. Although the app was launched officially early in September, it’s been in the move-to-earn space for years. Initially, Sweat Economy was Sweatcoin. This is a web2 app that still rewards people for steps.

But the transition to web3 has been nothing short of amazing. In addition to the 133 million kilometers walked in two weeks, Sweat Economy has also managed to add over 13 million folks to its economy of movement.

The app is also working on adding more utility to its Sweat Wallet in a bid to ultimately transform it into a real DeFi app.

The success of the Sweat Economy and its revolution in M2E is, not by fluke. In fact, the way the app is designed makes it the perfect candidate to dominate move-to-earn in the longer term.

Sweat Economy released a detailed blog post highlighting some of the fundamental features that distinguish it from other M2E apps. The project identifies several key areas of strength. The first one is utility. Right from the start, Sweat Economy wanted to be more than just an M2E app.

The goal was to offer fundamental value to users in addition to the earnings they make with movement. This is why the Sweat Wallet has so far incorporated an array of DeFi features, including a SWEAT Staking program offering 12% APY.

The Sweat Wallet has also integrated a Fiat-On Ramp feature that will allow folks to buy crypto with bank transfers and cards.

Eventually, the Sweat Wallet will also have NFTs and P2E gaming. All these features will expand the utility of the wallet, attracting people who want more than just a reward for movement.

Sweat Economy is also looking at two key revenue streams. The first wants to leverage its massive user base and engagement to generate revenue for the community.

As we speak, Sweat Wallet has over 13 million users. This does not include the over 120 million folks who are using the web2 Sweatcoin app.

There is an opportunity, therefore, for the project to explore marketing and brand partnerships with other companies to generate revenue. Secondly, transaction fees within the Sweat Economy ecosystem will be the most critical revenue source for the project.

In fact, the ultimate goal is to create a Sweat Wallet app with a hugely diverse utility that will have millions of transactions. These transactions will cut across various sectors, including NFTs, typical crypto purchases, play-to-earn gaming, staking, and so much more.

The fees generated from these transactions will be a big foundation in enhancing the sustainability of Sweat in the longer term.

Keeping Movement at The Center

While the Sweat wallet is working hard to add more DeFi features into its app, there is a deliberate effort by the team to ensure that movement is the heart of Sweat Economy. This will be done in several ways.

First, the number of SWEAT tokens that can be minted through steps is unlimited. This means that folks can walk, run, and move to earn SWEAT forever.

Secondly, the Sweat Economy team is offering a very sustainable token emission design. Before the official launch of the M2E app, it only took 1000 steps to earn 1 SWEAT. For now, 1 SWEAT is equal to 5000 steps.

The goal is to make it harder and harder for users to mint these tokens as time goes by. This model looks very sustainable and creates an additional lever of incentivization.

The fact that Sweat wallet users have managed to walk 133 million kilometers is a great feat. But the Sweat Wallet has been making more headlines in the same period. For instance, at one time, the wallet was ranked as the most popular Dapp in the world.

It has since relinquished the top spot but still ranks in the top 10. There has also been a lot of success with SWEAT staking.

As we covered in this post here, 20 million SWEAT tokens were staked in the last two weeks. This brings the total staked coins to 65 million.

Fiat-On Ramp and a Push Towards NFTs

The last two weeks also saw the Sweat Wallet integrate fiat payment support for its growing community. This means that users can buy crypto using normal fiat money within the Sweat Wallet. It is also one of the most important moves designed to expand the DeFi capabilities of the wallet.

There is also a much bigger push towards the integration of NFTs. Although we have not seen any specific dates on this, according to the SWEAT roadmap, NFTs should be up by the end of 2022.

There are, however, some NFT rewards for Sweat Stakers. Sweat Economy has partnered with Few and Far, a top NFT marketplace on the Near Protocol, to offer these rewards.