The 2 Bundesliga Is Finally Coming to Sorare! 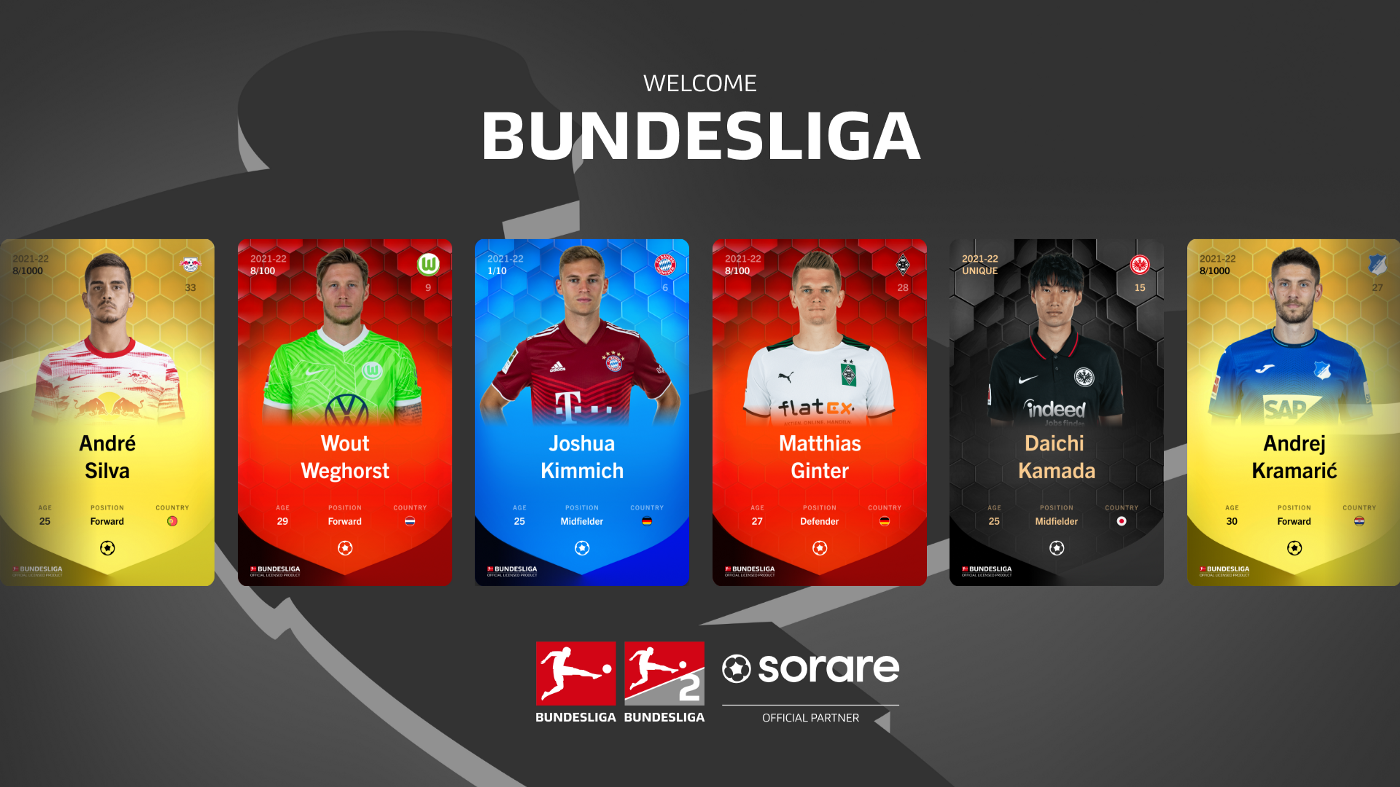 The DFL has announced it is extending its partnership with Sorare, an NFT-powered fantasy sports web3 game. The deal will allow all players in 2 Bundesliga, the second tier of German league football, to become available on Sorare as NFTs. The move also comes after DFL signed a similar deal for the Bundesliga, the top-tier football league in Germany.

Cards for all 18 clubs of the German second division are landing on the Market. Get scouting! 🕵️#OwnYourGame pic.twitter.com/cEJTrGNvBP

What The Partnership Means for Bundesliga 2

The deal between Sorare and the DFL will have mutual benefits for both entities. For 2 Bundesliga, Sorare offers a unique opportunity for the league and its players to interact with fans worldwide using NFTs.

After all, Sorare has 2 million registered users who use its blockchain-based fantasy football game to get involved with some of the leading sports in the world. The deal will also be a great advertisement for German football.

In fact, out of all the top-flight leagues in Europe, the DFL is the only organization that has made both the first and second-tier leagues available on web3.

Finally, Sorare is a truly global platform. It is estimated that the P2E fantasy football game has managers in 185 countries. This will likely expose Bundesliga 2 to a world of new fans around the globe.

The Benefits for Solare

The entrance of Bundesliga 2 into the Sorare NFT ecosystem will, first of all, expand gaming options for users. Moving forward, there will be more tradable player NFTs on the platform.

Secondly, Bundesliga 2 is one of the most competitive leagues in the world. It is home to some elite talents and some of the rising stars of German football. This will give Sorare gamers the chance to scout raw talent, invest early, and see the value of each player rise.

Thirdly, the Bundesliga 2 deal also gives Sorare the perfect opportunity to continue its successful collaboration with the DFL. In fact, since the two entities started working together, nearly 137,000 Bundesliga NFTs have been traded. The goal is to replicate the same success with Bundesliga 2.

Also, bagging in the top two tiers of German football could open the doors for Solare to get into additional top-tier leagues in Europe.

Sorare has maintained that its primary vision is to become the number one fantasy sports provider in the web3 era. To make this happen, the platform has pursued, and signed license deals with major sports clubs, franchises, and leagues.

In soccer, for example, Sorare has signed licensing deals with 289 soccer clubs. This list features some of the most popular football clubs in the world, including Ajax Amsterdam, Atletico Madrid, FC Barcelona, Bayern Munich, Borussia Dortmund, and a host of others.

But the licensing deals don’t just cover soccer. Solare has also managed to bring Major League Baseball franchises into the fold. In fact, the web3 platform is now the official NFT partner of the MLB. This will allow the game to bring in all 30 MLB franchises to fans around the world.

Despite licensing successes, Sorare has yet to sign similar deals with some major leagues in several sports. For example, although the platform has managed to bring in the English Football League, the second tier of English football, it is still trying to bag the Barclays Premier League.

The EPL is, by many measures, the biggest soccer league in the world. It has an average stadium attendance of nearly 40,000 fans per game, but more importantly, The EPL is viewed by nearly half a billion people around the world.

Top Premier League clubs also have a massive global following. Bringing them into Sorare could be the one single step that will ultimately scale the web3 P2E game to a whole new level.

How Does Sorare Work?

Solare is a global sports fantasy game that was founded in 2018. Initially, the game focused mainly on soccer but has since expanded into MLB. That’s why we decided to refer to it as a sports fantasy game, not a football fantasy game. It is also likely that more games will be added in the future.

Sorare works quite the same way as the traditional fantasy leagues. The only difference is that all the players in teams are backed by NFTs. Sorare has two main opportunities to make money as well.

On the one hand, players can create virtual teams, participate in five-a-side tournaments, and earn rewards. There are different tournaments available each week. Secondly, users can buy and trade NFT-backed player cards.

For those with a knack for spotting raw talent, Sorare gives you the opportunity to buy relatively unknown players and sell them at a profit when they become big.

Please note that player cards on Sorare are licensed digital collectibles. This makes them much more valuable than the virtual players you get in traditional fantasy football.

The adoption of NFTs in sports has grown in the past 12 months. NFTs allow fans to transform the passion they have for their teams into valuable digital collectibles. However, the application of NFTs in fantasy sports is quite interesting.

For the first time in history, fans have a chance to earn rewards from fantasy sports while still getting some level of ownership for the players they interact with. This could be a huge incentive in pushing more people to web3-based fantasy sports.

The fantasy sports market is already valued at around $4.7 billion. The industry is also dominated by a few centralized companies. But it is clear that the integration of NFTs is the future.

Even traditional fantasy sports companies, including big players like Draft Kings, are venturing into NFTs. This will inevitably revolutionize the industry, offering more incentives for players to play. The NFT angle will also create a more exciting opportunity for fans around the world.