The First Season of Axie Infinity Origins Has Just Ended! 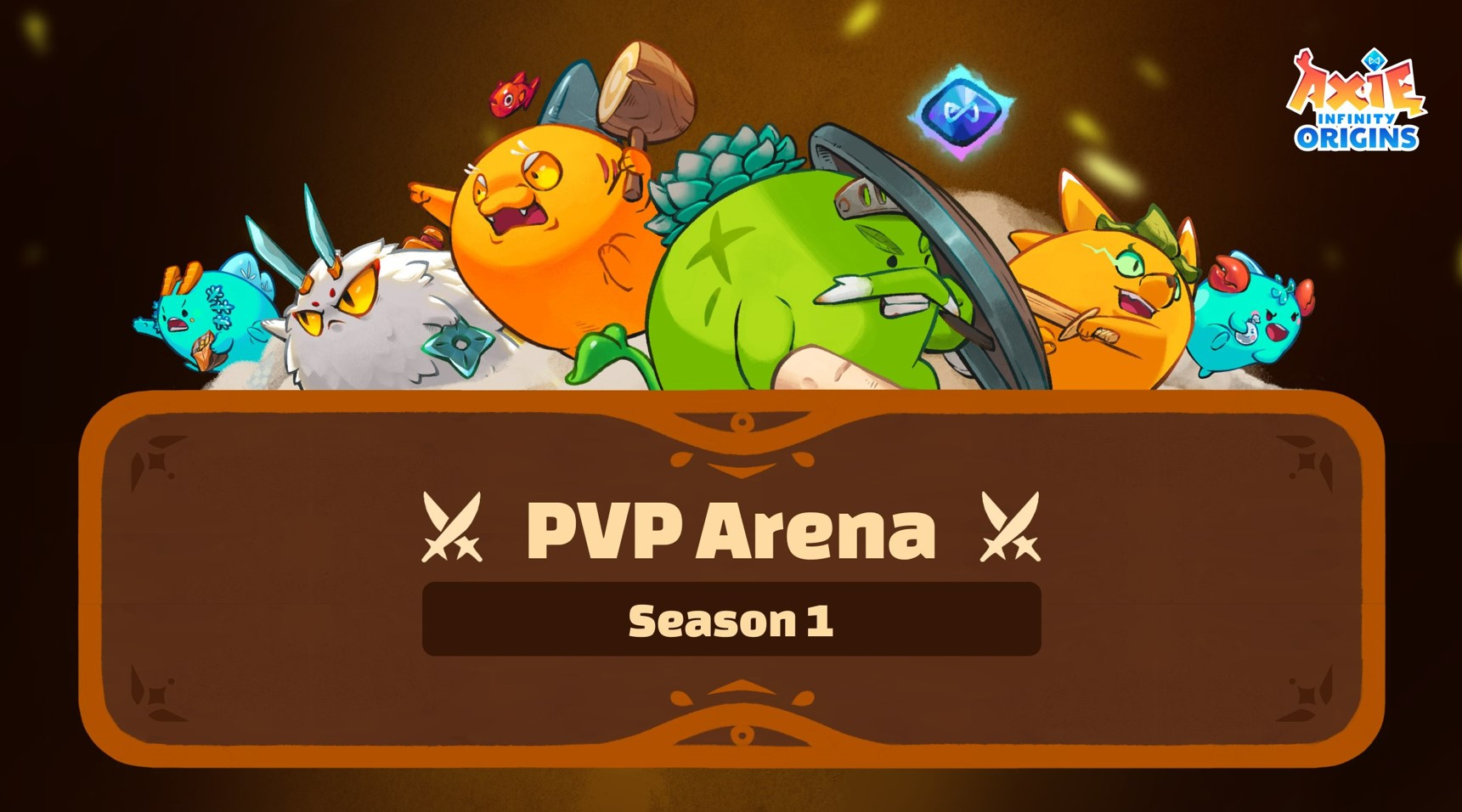 Axie Infinity has announced the end of Origins Season 1. The NFT game is upbeat about the success of this first season as it looks forward to more developments in the future.

For now, all in-game activities will be halted as the Axie team does a comprehensive anti-cheat review. Once this is done, rewards will be distributed to all top-ranked players.

The first season of Axie Infinity Origin is a major milestone in Sky Mavis’s efforts to reboot the game and return it to its peak glory days.

💪 Congratulations to all the top ranked players!

☑️ AXS Rewards will be distributed to all players after we conduct an anti-cheat review. pic.twitter.com/Z6fLbEE6bl

Axie Infinity Origins Season 1: How It All Started

At the beginning of 2022, Axie Infinity announced a robust plan to remake its game. The platform had seen a significant decline from its peak days in 2021, and felt that a reboot was needed to make Axie Infinity more attractive to players.

As a result, Sky Mavis announced Axie Infinity Origins. The plan was to launch the game in four phases, culminating in Axie Origins season 1. In fact, the first season of Origins marked the global launch of the Axie Infinity remake.

Origins Season 1 was officially launched on September 14th. It’s been two months of jam-packed action, highs and lows, and quite some excitement in the Axie Infinity community.

Axie Infinity Origins Season 1 goes down as one of the most lucrative P2E experiences in history. As we covered in this detailed post here, the first season kicked off with a prize pool of $1.5 million.

The overall winner in the leaderboard ranking will receive up to $90,000 worth of AXS in in-game rewards. The Axie Infinity team also decided to significantly expand leaderboard rewards for the first season.

Initially, the plan was to include the top 20,000 players in the reward allocation pool. But Sky Mavis doubled this number for season 1 to 40,000.

Nonetheless, once the anti-cheating audit completes successfully, several players will smile all the way to the bank.

In addition to the official prize pool, Axie Infinity has also been rolling out several esports grants to support Axie-related tournaments. Overall, the NFT card battling game has set aside $2 million in Esports grants.

Based on the current price of AXS on CoinMarketCap.com, the figure translates to around $1.2 million. The Esport grants model is designed to encourage more community-based tournaments.

In fact, as much as 80% of the grant money will go towards prize pools, and the other 20% will organize tournaments.

Axie Infinity is also trying to encourage a mix of both online and LAN-based tournaments. There was, in fact, a successful LAN tournament in this year’s AxieCon in Barcelona. As Origins gears up for the second season, these Esports grants will play a critical role in user retention.

When Season 1 was launched, the Axie Infinity team noted that it would refrain from making any mid-season balancing changes. However, the game added that the door remained open in unavoidable cases.

As previously indicated (https://t.co/yNW3WtOLGY), based on data collected from S0, the AxieCon Origin BYOD tournament, and feedback from the community, we have decided that a balancing patch is necessary to ensure an exciting Season 1. pic.twitter.com/qh59ItMOmD

Well, there were a few balancing changes in the middle of the season. And while these changes can be disruptive to some players, they are essential in sustaining the in-game economy.

Some of the balancing changes affected card stats in general. We also learned that the team had made several changes to two Runes and the kind of effects they have. We covered this mid-season balancing in detail here.

The Axie team also quickly noted that the changes were not meant to significantly alter the in-game mechanics. So far, it seems everything has worked out just fine.

What Next for Axie infinity Origins?

We do not have the official stats of Axie Infinity Origins yet. However, based on data over the last seven days, this first season seems like it was a huge success. According to the Axie Infinity website, there were nearly 2.5 million arena battles over the past seven days.

At some point during the Origins season, this number was close to 4 million. Additionally, Sky Mavis is trying to expand its reach beyond Axie Infinity.

The Vietnamese developer unveiled a detailed plan to dominate web3 gaming that will feature partnerships with elite game developers and studios around the world.

We also saw the launch of Axie Infinity Raylights, the first playable game in the World of Lunacia. For now, the goal seems to be leveraging the Ronin network to create more exciting NFT games for the Axie Infinity community.

Although we are still in the early stages, Sky Mavis is making it clear that Axie Infinity will not be its last game. More and more will come in the near- and long-term future.