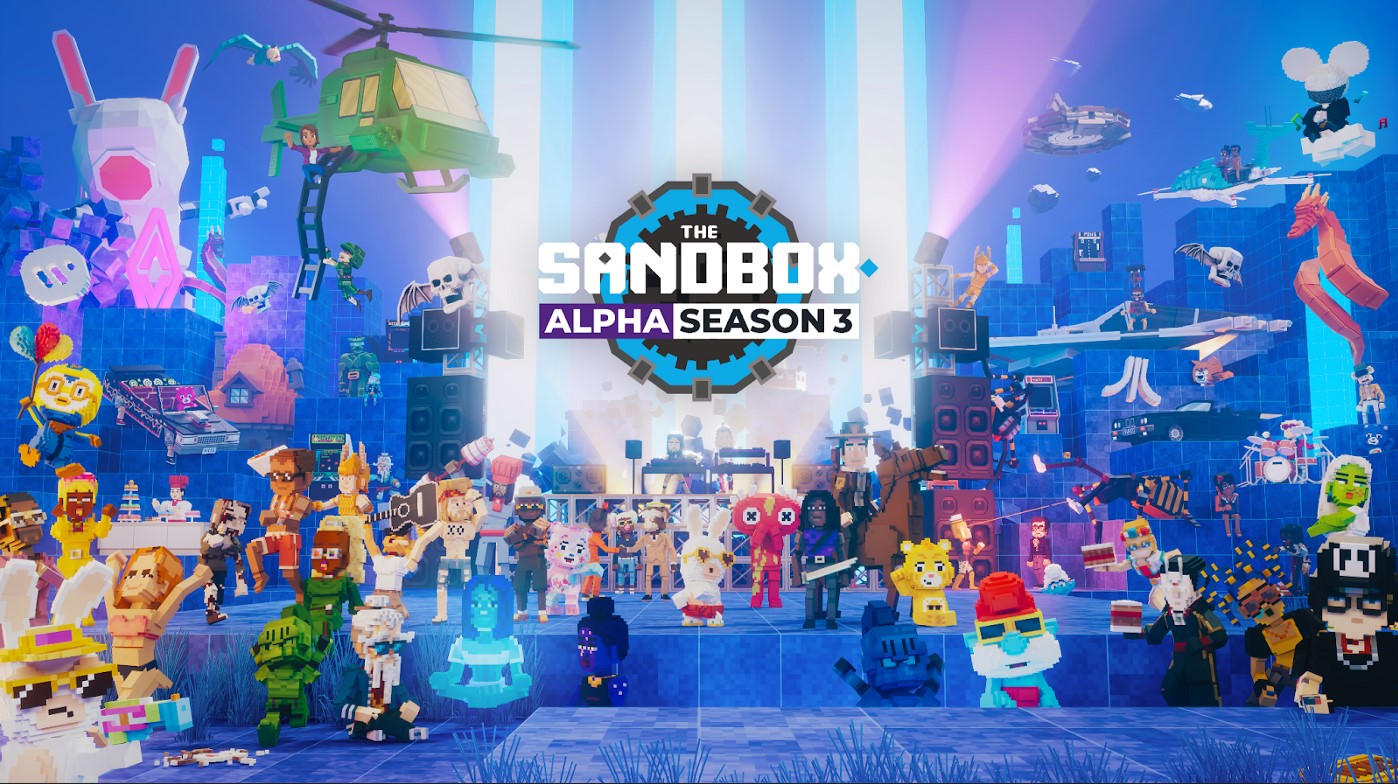 The Sandbox has announced a new Alpha season with more than 90 experiences and a top prize of 30,000 SAND up for grabs.

Brand partners like Snoop Dog and Steve Aoki will headline the 90+ playable experiences during the new season. And the event will be free and open to all.

The new season will span over 10 weeks, ensuring enthusiastic players will have plenty of time to explore everything the metaverse has to offer.

Players will also have the opportunity to complete quests and earn lucrative rewards in the process. Top-ranking players will split a 1.5 million SAND reward.

But that’s not all. New interoperability updates mean that avatars from 13+ NFT collections will be playable within the new Sandbox season.

So whether you want to bring your Bored Ape or CoolCat, you’ll feel right at home in the Sandbox!

Sébastien Borget, co-founder and COO of The Sandbox, said:

“We are excited to develop new use cases for the owners of these collections, starting with digital identity and the ability to create the worlds for these NFTs to be played with and evolve.

“Together with the most creative and engaged Web3 communities, we have a chance to define open metaverse culture and shape the future of our social interactions.”

The Sandbox is backed by bullish Animoca Brands

The news comes after Animoca Brands, The Sandbox’s creator, announced investing $1.5 billion in crypto and blockchain gaming earlier this year.

And the ambitious line-up of experiences in the brand new Sandbox season implies the company is feeling optimistic about the future of blockchain gaming.

So what can avid metaverse fans and blockchain gamers expect during this newest season?

What types of experiences can I expect during the new Sandbox season?

The new Sandbox season comes with more than 90 playable experiences for avid blockchain gamers. Some of the biggest names participating in the event include:

The headliners will be launching a whopping 27 playable experiences over the coming weeks. And if the new trailer is anything to go by, there will be something for everyone to enjoy.

The trailer teased an experience where players have to ‘stay alive’ in the Walking Dead, as well as prepare for the “Rabbids Invasion”.

BAYC fans will be able to ‘dive into’ the glitzy BAYC experience. And fans of music can party with Steve Aoki.

There will also be several user-generated experiences from independent creators, as well as several SandBox and GameJams experiences to enjoy.

And the new interoperability update means players will be able to play with their favorite NFT avatars too.

🚨CyberKongz will be entering The Sandbox!

Prepare to roam as your kong in the Sandbox metaverse, and play/compete for the opportunity to earn $SAND 🏆

The new Sandbox season: Earn rewards and have fun

Every participant will be able to compete to win exciting rewards in the Sandbox. Top ranking players can compete for a stunning pot of 1.5 million SAND if they make it to the leaderboard.

And this season, there’s a new system in place that rewards supporters of the project. By holding a specific NFT for the duration of the season, players will be guaranteed SAND rewards.

So whether you’re an Avatar Holder or an NFT collector, completing a level will unlock SAND rewards for you. You do not even need an Alpha Pass to grab the rewards on offer.

How does it work?

Players earn Ethos Points (EP) for completing quests. The harder the quest is and the quicker you complete it, the more Ethos Points you get.

Quests are replayable, so players can keep playing to get the best score possible.

How do I get involved?

But players will need to create an account and get KYC’d to join the raffle and gain an Alpha Pass.

This new change was implemented to discourage cheating and multi-account usage. The new mantra of the Alpha Season is one user = one account.

Also, the organizers have said not to use VPNs that set your location to Japan as you’re likely to miss out on some important rewards due to restrictions in the country.

The new season promises to be an exciting 10-week experience filled with quests, rewards, and appearances from some of the biggest names in the metaverse.