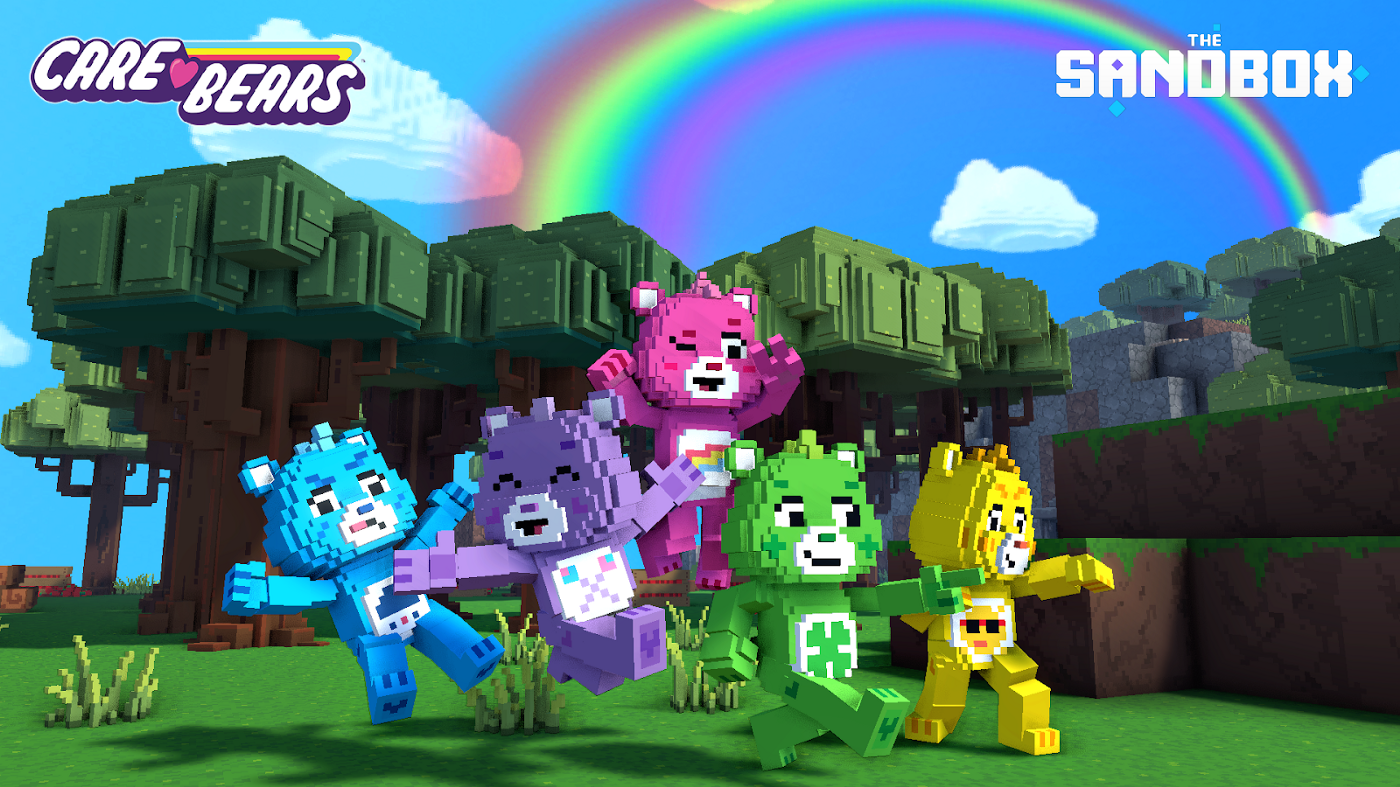 The Sandbox announced the end of the sale of its Care Bear Avatars. The announcement came via their Twitter page on November 15. The Sandbox reiterates the Avatar reveal to be on Thursday by 2 pm UTC. The Care Bear avatars were in their minting phase yesterday before they sold out.

The Care Bears launched earlier this week to give users access to The Sandbox Meta, including extra unique features. They weren’t available immediately after launch until the public sale began on November 15. Twenty-four hours before the public sale went live, whitelisted users had the opportunity to get early special access.

Care Bears are designed to have an alternative model. The Sandbox hopes this will alter how people engage in Web 3 gaming. The avatars represent a crucial element in the Sandbox metaverse. Additionally, owners of these bears will be able to participate in numerous meta events where they can win SAND.

Big love to everybody who purchased one! Time to spread it some more in the #metaverse!

Additionally, there is no need to be concerned if you were unable to mint the avatars during the public sale. Both OpenSea and the Sandbox market will sell the same adorable Care Bears. However, the prices might vastly differ from the public sales’.

Each Care Bear is specially handmade, with each possessing its distinctive personality. The Care Bears combine tradition and web3 to uncover endless adventures as playable metaverse avatars in The Sandbox. The Sandbox speculates there will be ten different Care Bear designs. However, there is no correlation between this and rarity, as it is meant to be distinctive.

There are more than 100 hand-crafted qualities and many unique 1/1 designs. However, there are five rarities among 3,060 Care Bears metaverse avatars. They include classic, multicolor, mixed, web3, and unique, each with rarity levels of 71%, 15%, 10%, 4%, and 1%, respectively. The Unique level is the rarest of the five, while the Classic is the most common.

More on the Care Bears Collection

This collection of Care Bears is the biggest one ever created. It is also the first Sandbox collection to employ a different-size model. The NFTs are selling for $100 SAND apiece on Polygon.

Users must set up a Sandbox profile and have SAND and MATIC tokens in their account to mint the avatars. Except for Venly, users can mint on any cryptocurrency wallet that supports Ethereum.

The Care Bears were prevalent characters in books, TV shows, movies, and video games during the 1990s. Elena Kucharik, an artist, first painted the figures in 1981 for inclusion on American Greetings greeting cards.

According to the official mint collection on Sandbox, users will have a Care Bears avatar for them. Each Care Bear portrays and communicates a specific human feeling. They will be available regardless of whether they feel Harmonic, Lucky, Cheerful, or Caring.

The Sandbox first disclosed its affiliation with the Care Bears franchise in September 2020. They partnered to build a virtual Care-a-Lot Kingdom on large digital spaces known as LANDS. Players can access a 3D voxelized rendition of the Care Bears’ Care-a-Lot kingdom on the LANDS.

Players will be able to explore the virtual Care-a-Lot setting. Along with playing together, players can interact in the world of The Sandbox Care-a-Lot using their Avatar characters. There will be interactive buildings, games, and attractions in the region with a Care Bears theme.

The Sandbox released 29 Care Bear NFTs in honor of the Care Bears’ 40th anniversary. Care-a-Lot, the first Care Bear in the virtual Care-a-Lot Kingdom, is one of them.

On the Ethereum blockchain network, the permitted Care Bears assets will be tokenized and issued as NFTs as ownership proof. This brand is experiencing a modern resurrection, including new YouTube shows and toy lines.

The Care Bears x The Metaverse

The Care Bear is one of the most prominent toys worldwide, especially among those born in the 1980s and 1990s. The franchise included their beloved animated TV series, video games, books, and other media. Thanks to the Care Bear metaverse, fans now have a new method to practically own their preferred cuddly friends.

Additionally, Care Bears and Recur collaborated to develop Care Bears Forever. It is an NFT collection that reflects the metaverse experience of the popular bears and their personalities. Recur and Cloudco released over 10,000 profile pictures of the ten authentic Care Bears. The pictures will serve as the key to the Care Bears Forever gameplay.

The partnership between Care Bears and Recur represents the company’s efforts to maintain its popularity as new ideas are popularized. They intend to do this while clinging to the original characteristics that older generations have come to adore. The same reason can be proffered from its partnership with The Sandbox.

Beginning with its TV special in 1983, the Care Bears brand has long used the internet to expand its reach. Since it has maintained a television presence, it debuted a 48-episode series on Cartoon Network and HBO Max in 2019.

Entering this market might allow the company to win over younger millennials and Gen Z. The younger generations are perceived as viewing less TV due to rising metaverse interest among consumers. With its approach to the metaverse, the brand is attempting to embody its stance on unity.

Remodeling History for the Future

In line with the above perception, other iconic brands have adopted a similar strategy. In June 2019, Mattel collaborated with Cryptoys to debut the Barbie and Hot Wheels-inspired NFTs. Also, Barbie and Forever 21 collaborated to release a limited-edition Barbie summer 2022 collection. The collection is sold in-store, online, and on Roblox.

The collaboration with Recur enjoined several others by Cloudco to commemorate its 40th anniversary of the Care Bears. This included partnering with Wet n Wild in 2019 to produce a Care Bears-themed collection. The partnership with Recur also assisted in the launch of a Hello Kitty NFT collection.