The Sandbox Gameplay: How Does Its Economy Work? 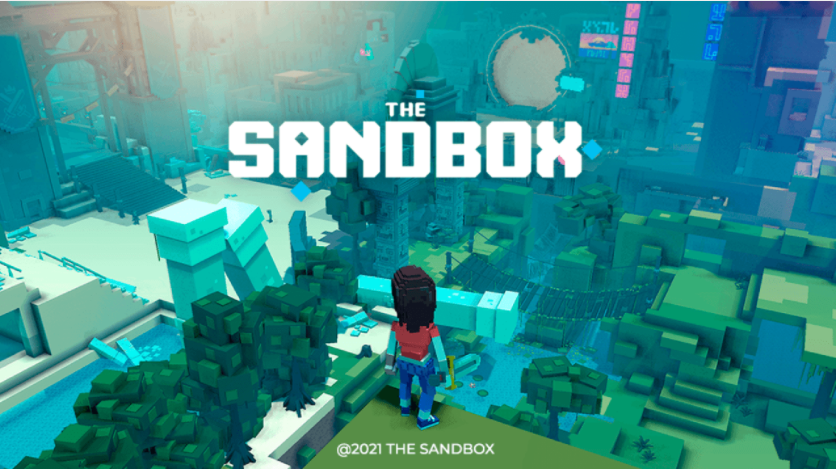 The Sandbox continues to be one of the most decorated titles in the P2E gaming industry. It still stands on the list of the few games that have truly carved their legacy in the NFT gaming space.

This article will purely focus on the economy of this esteemed title to better understand how Sandbox does what it does. However, in case our readers want to know more about Sandbox on the whole, here is a link that can follow up.

What makes the Sandbox Economy?

The Sandbox economy is governed by the $SAND token. $SAND is an ERC token built on the Ethereum Blockchain. Alongside being a governance token, $SAND is the main medium of exchange and the main utility token in the Sandbox metaverse. All the NFTs in the metaverse are bought and sold using this token. These include the metaverse’s main offering LAND as well as highly sought gems.

$SAND is NOT a stable coin. This means that the valuation of these 3,000,000,000 tokens can vary with time, based on determinants of demand and supply. Other determinants include market factors such as the performance of competing tokens.

Like $SAND, LAND is another crypto asset in the game. It still stands as the metaverse’s most famous offering. As the name entails, this is a digital real estate asset that players use to house other assets, add value to, and trade for a profit. In more recent updates, the metaverse has opened itself to entertain another class of asset. This is called an ESTATE. These ESTATEs are a combination of LANDs. These ESTATEs can enjoy multiple ownership of more than one owner and can then transcend into a DISTRICT.

It is also important to note that the Sandbox economy classifies premium LANDs and regular LANDs differently. These differences mainly consist of the difference in traffic that each can attract. This discrimination in traffic provision in both classifications of land renders several economic advantages to the premium LANDs. These include better advertisement, better monetization, and better exposure to larger audiences. This link will allow you to differentiate between premium and regular LANDs better. To better understand the process of how these lands are valued in the marketplace, we advise you to read up on this.

How does the Sandbox economy work?

As we have established, the Sandbox economy consists of LANDs and combinations of LANDs. But LAND is indeed the absolute building block of the economy that Sandbox developers are foreseeing. These lands will feed the economy by carrying out a certain set of functions. The further determination of these functions is open to the innovation of players and developers. For now, these LANDs can:

One of the major ways through which these lands can enable economic activity is by hosting games and competitions. This will bring players to a common platform and incentivize them to participate in season specials for rewards and competition. This is likely to create advertising opportunities for players in-game to upsell their games OR programs.

After hosting these small in-land games, LANDs can very well be used to PLAY some games. These can include games that require space ON the metaverse. These will include PVE modes as well as PVP modes. Here, players could engage in exploring competitions, racing competitions, and whatnot.

These lands are NFT projects. One recurring theme that we have been noticing for some time in the NFT gaming space is staking. Either the staking of the governance token or the staking of other NFT assets in the metaverse. Staking essentially works like a savings bank account. You cannot withdraw your cash whenever you chose to because they are busy making you a return.

Players and landowners can also rent out their land to other players to earn a quick buck. This means that competitions can be played and hosted on rented digital property. This also means that many landowners can develop stable income-generating regimes for some time.

Sandbox believes very strongly in integrating its player base into its policymaking. It believes firmly that the metaverse needs to depend on its most important stakeholder to determine direction. Owning LAND plays a key role in making a player an important part of the ecosystem. It signals to the team at the helm that the player can be trusted to form direction as they have trusted the metaverse enough to invest in it.

These functions will allow the game to burn $SAND coins and further the economic utilization of in-game resources. The Sandbox economy relies heavily on Opensea and Rarible operations for the efficient trading of LAND and other in-game assets.

Now that we have firmly established the economy of the game for a layman to understand, let us pique your interest with a vision of the future. As Sandbox acquires more partnerships and finalizes more corporate contracts, we might indeed see some more public LAND sales. It is expected that during this same year, the developer team might decide to resume public LAND sales. Since the team understands that the growing demand needs to be coupled with more supply to overcome the market shortage. So, for now, most of these public LAND transactions are taking place on Opensea and other platforms are known to facilitate crypto trading. We think that this link will allow players to get a better idea of how to buy LAND on Open Sea.