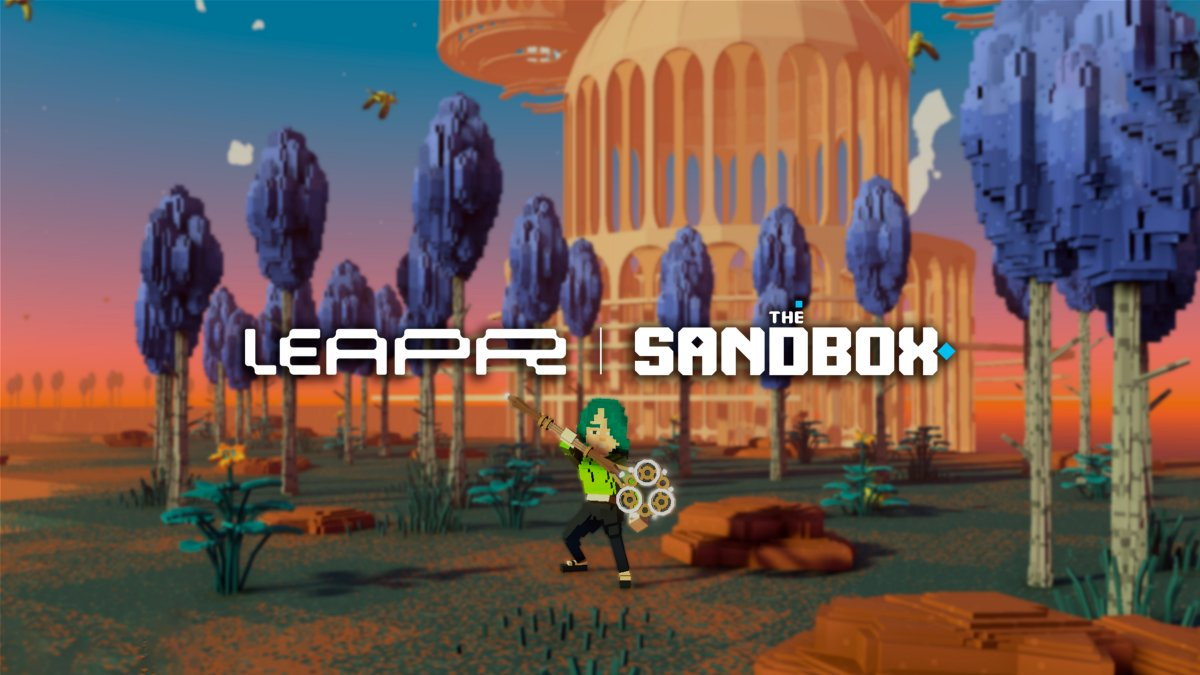 In an effort to diversify its portfolio in Latin America, The Sandbox is beginning a new partnership with LEAPR Studio. The Sandbox enters this agreement as a strategic partner for the creative studio. The Sandbox announced their collaboration via its Twitter page.

The new partners intend to release a game in March 2023. The game will showcase the region’s potential for innovation and creativity through a compelling narrative and creative core. Leapr’s team worked with architects, illustrators, game and level designers, and voxel artists from the LATAM region to create it.

The Argentine-based creative firm will concentrate on developing immersive experiences that take advantage of the creative possibilities of the region. This experience will incorporate a strong NFT strategy and serve as the foundation for other games with a natural theme.

We are collaborating with @leapr_studio! 🤝 Further expanding our presence and the community's creative potential from the #LATAM region into the #metaverse! 🌎

Argentina’s Buenos Aires is home to the consulting and design firm Leapr. By placing LATAM at the core of the metaverse-inspired content creation revolution, they hope to maximize the region’s creative potential. To develop effective metaverse and Web3 strategies, they evaluate institutions and brands.

The Sandbox believes the metaverse is a continuously shared digital space where worlds and fantasy collide to make magic. In line with that mission, they work with creators, institutions, companies, and artists to provide exceptional, life-changing experiences.

To achieve its objective, The Sandbox has a series of partnerships. Some include partnerships with Warner Music Group, Ubisoft, Gucci, The Walking Dead, Snoop Dogg, Paris Hilton, and Adidas. All these create a collaborative environment where players can be inspired to create their magical worlds. Leapr is focused on being a facilitator for that robust vision.

The CEO also stated the collaboration with The Sandbox allows Leapr to keep offering high-level content to users worldwide. Moreover, it enables them open doors to brands wishing to enter the metaverse but don’t know how to do so.

Investors now carefully consider each cryptocurrency project before putting money into it in the wake of the recent market crisis. They are weighing and analyzing the value propositions of each token on the market. Regarding this, The Sandbox appears to be making a good recovery, and its recent partnership should usher in better times.

The virtual gaming world powered by blockchain enables users to produce and exchange digital content called SAND. Lately, The Sandbox has been trading in the green zone. The Sandbox’s (SAND) price has risen by almost 14% during the past week.

Additionally, there has been a 9% increase in The Sandbox’s (SAND) monthly performance. The Sandbox (SAND) now trades for $0.92 as a result of the recent price increase. However, the Sandbox (SAND) is currently trading over 89% below its all-time high of $8.44.

The Sandbox in the Metaverse

On November 3, Borget told the Cointelegraph that The Sandbox currently is “the natural evolution of things.” This comes after over a decade of hard work. The metaverse is rapidly evolving, particularly in terms of how brands interact with customers.

Due to its rapid development, investors are investing billions of dollars in various metaverse ventures. Regarding the new tools accessible to developers, Borget said he views The Sandbox with more than 200 working studios worldwide.

Many of these studios showcase renowned, iconic companies that have realized the value of engaging with clients online. Well-known companies have contributed to or invested in the metaverse, including Gucci, The Walking Dead, Katy Perry, and Snoop Dogg.

People frequently express great irritation over being unable to collaborate with the well-known artists they adore. Projects in the metaverse enable this as they develop. Beyond the importance of prominent businesses and people appearing in digital terms, the importance lies within the users themselves.

The Pillars of the Metaverse

No digital platform can evolve without active people interacting with the new tools and experiences. According to Borget, using a platform involves more than just liking, sharing, and retweeting. The user wants, and complaints influence how a particular online area looks.

Despite recent claims that metaverse interest is low, investors and governments are optimistic about expanding the virtual universe. Recently, a Japanese city made the decision to use metaverse education to address the region’s problems with absenteeism.

Similarly, a local government agency in Norway that deals with taxes made the decision to open its first metaverse branch. It embarked on this mission in order to serve the tech-savvy younger digital native generations. As the metaverse develops and consumers engage in virtual environments, the engagement is developed jointly by users and brands.