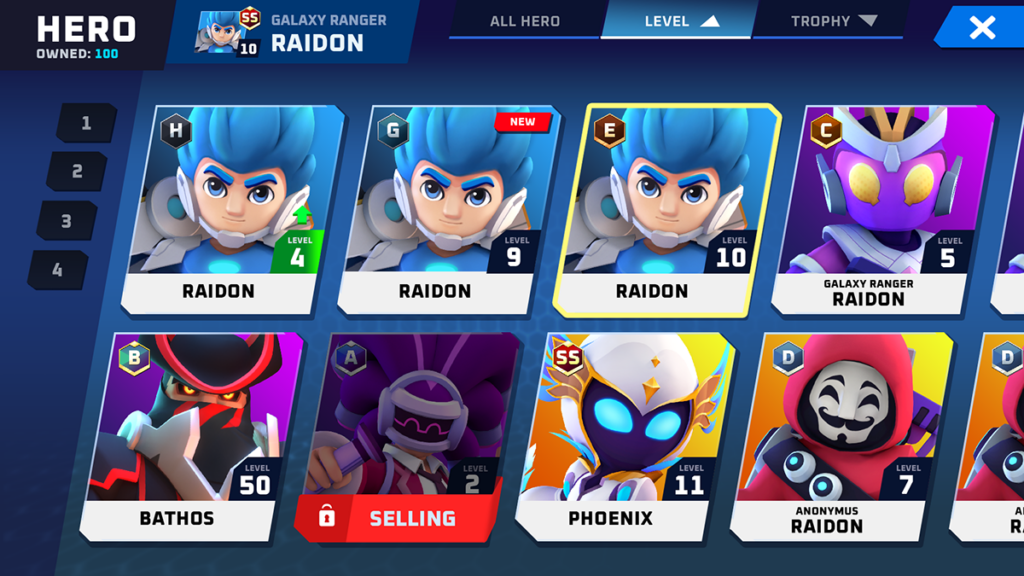 P2E NFT games have for some time now been a topic of discourse, especially as each day, people discover the power of these tokens and what they are truly capable of.

Previously, NFTs were limited to just arts and imagery.

Not until recently have NFTs evolved in such a way that people can now play P2E NFT games and earn passive income in the process.

This may sound unbelievable but several gaming companies out there are already transitioning towards NFTs, incorporating it into their game designs.

In this article, I will be walking you through 10 free play-to-earn NFT games that are available for you to check out.

Before that, it is important that you understand what P2E NFT games are so that you don’t get lost when taking a look at some of them below.

What are Play-to-Earn NFT Games?

Play-to-earn NFT games are computer games that have been programmed on the blockchain in such a way that they incorporate valuable in-game assets that are represented by NFTS.

The term play to earn simply means that you can earn cryptocurrencies or NFTs as rewards for completing major tournaments or conquests while playing the game.

Play to earn NFT games allow you to earn tokens as rewards which you can convert seamlessly.

Now that we have understood what play to earn NFT games are, let us now take a look at the ten top free P2E NFT games out there:

Axie Infinity is a video game that was launched in March 2018 and is partially owned and operated by its players.

The game has some sort of similarity to the Pokemon game.

It provides players with the opportunity to build unstoppable teams of Axies which they can use to conquer their enemies.

Each Axie has unique strengths and weaknesses based on its genes.

With billions of possible genetic combinations, the possibilities are truly infinite.

Also, players can earn AXS tokens and because they are part owners of the game.

They can make use of the tokens to decide the future of the game.

The game focuses on engaging in tactical, ability-based combat which it proves by having three battle modes which are:

A Situation where players battle chimeras and earn rare treasures useful for upgrading their Axie army.

Here you simply mix and match parents to create the ultimate offspring.

You can also expand your collection or start your own breeding business and sell your babies on the marketplace.

Finally, Axie Infinity has over 2.7 million active monthly players and has so far generated over $2.3 billion in revenue.

Alien Worlds is another excellent play-to-earn NFT game that is free to play.

While on the game, players will be asked to seek their fortune by finding NFTs they can use to connect and play with others.

Players also get to earn Trilium which gives them the power to navigate the planet’s decentralized autonomous organizations (Planet DAOS).

Below is a list of some other activities players can do while playing Alien Worlds in the Metaverse:

Alien Worlds is also first in DAPP games by 30 days users and second in all DAPPS by 30-day users as well.

Gods Unchained is another free play to earn NFT game that was designed with a focus on fair competitive play.

Players can also unlock cards simply by playing the game.

In this P2E NFT game, players get complete control of their in-game items.

They can collect rare cards, build their decks, and even sell cards to other players.

These cards are NFTs, tradable on Immutable X Marketplace, and are ranked by four tiers of quality: diamond, gold, meteorite, and shadow.

Gods Unchained has witnessed over $52 million worth of cards exchanged and over $570 thousand in the tournament prize pool.

The game was made exclusively for web3 and in it, players can collect and create unique NFT champions.

They can also battle other players for vast riches, and stake their path in a developing token economy.

Champions Ascension also gives to its players who are founding members, Prime Eternals:

A group of highly crafted NFT champions who are immune to death and imbued with divine power.

Players who are owners of these items get access to the following:

Mines of Dalarnia is a free P2E NFT game that was launched in November 2021.

The game is an unknown dark mine, where players need to collect resources to improve their equipment and attributes so that they can face the dangers of the depth.

In the game, players can discover, collect and trade vast resources that will be helpful in their journey across the game.

Built with action and adventure in mind, Mines of Dalarnia delivers a fresh new entry to the genre, utilizing the power of blockchain technologies.

HodlGod comes in with all the action you will find in a free play-to-earn NFT game.

The game’s mode is the arena mode where players are spawned on the map with up to 30 other players.

Once players are spawned with their swords in hand, a magical zone starts narrowing, pushing them towards their enemies whom they would have to defeat to win.

When players enter the game, they are equipped with a set of close-combat weapons (swords, axes, maces) and a bow that they need to use to defeat their opponents.

Players will need to combine their close-contact weapons, their bow, and spells to defeat the enemies before them.

Only by being the last warrior standing will a player be able to claim their NFT rewards.

Other than engaging in battle to win rewards, players can also stake their bounty contracts on WhenStaking.

Also, players earn a yield in $VOID, and lend their lease token to another player.

Ember Sword is a P2E NFT game with a player-driven economy, a classless combat system, and scarce tradable cosmetic collectibles.

The game has an immersive storyline that consists of NFT land plots, resources, crafting, character skill progression, and a dynamic Wakfu-like economy.

Some of the land types include regular plot, settlement, town, and city.

The game is also built around the philosophy of gameplay first.

In addition, it will feature challenging end-game PVE, hardcore PvP, a living economy, and much more.

On Blankos Block Party, players go on solo quests and unlock new rewards to trick out their Blankos.

There is also a vibrant online world styled in a giant block party where the things players earn and buy are theirs.

Players can also easily design and build all sorts of party games for everyone to enjoy, without any sort of coding.

All that is required is a bit of creativity.

Spider Tanks is a PVP Brawler still in beta, designed and developed by award-winning Netherlands-based GAMEDIA.

Spider Tanks is free to play, but also incorporates a variety of play-to-earn mechanics.

It also centers around skill-based competition, resource collection, and a player-driven upgrade cycle.

Thetan Arena is a MOBA game based on blockchain.

Thetan arena is a game where you should revolve around the combination of strategy and team play.

The game is really funny, especially with friends, and with 13 million official players, this is just the beginning.