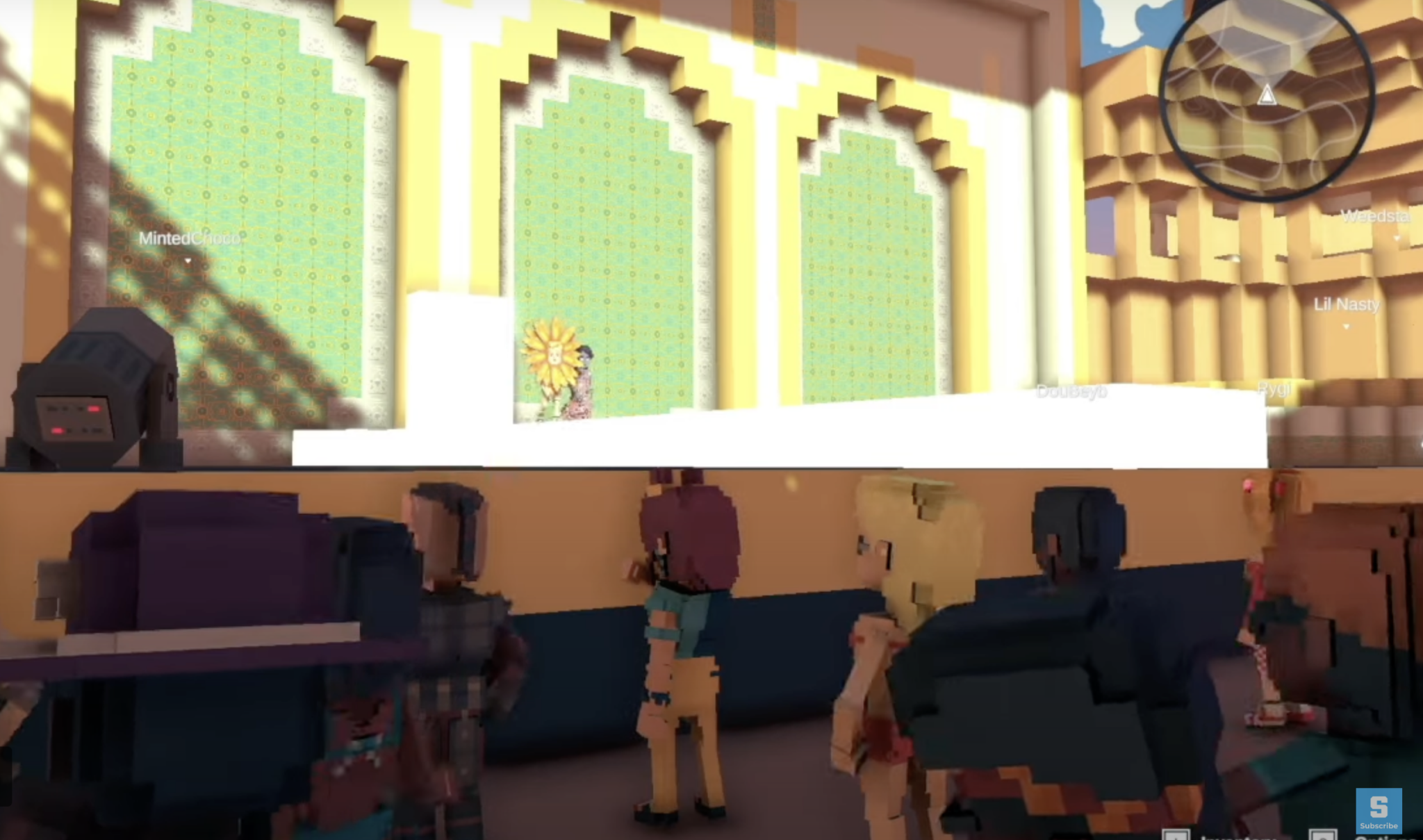 As Play to Earn crypto games continue to ride on a hot trend, there’s always talk about the best options to go for. Some of these games are also known to offer incredible returns to their players. On the other hand, some are fun to play but don’t have a robust earning system. Nonetheless, today we will be discussing the top 10 trending play-to-earn crypto games list out there.

What are P2E Crypto Games?

If you are new to the crypto scene or hearing the terminology play-to-earn for the first time, we will begin by offering a brief context. Play to earn, as the name suggests, are games that allow their players to earn real-world profit by playing the game. The most commonly occurring theme around P2E games usually consists of initiating battles, breeding in-game characters and completing tasks or other quests. Upon achieving these milestones, players receive the game’s native token as a reward – digital currency also known as cryptocurrency. Upon receiving the in-game currency as a reward, players can transfer that amount directly to a crypto wallet and exchange it for real-world currency.

This in a nutshell elaborates how players get paid by playing these crypto games and how that also acts as the main incentive for gamers to engage actively. Without a doubt, this is one of the main reasons for the growing popularity of P2E games.

With that said, let’s begin with our top 10 P2E crypto games list below:

If you’re even the slightest bit involved in the crypto world, there is a high chance you have also heard of Axie Infinity. Consistently ranked as one of the top-performing blockchain-based games out there, Axie Infinity was the first Ethereum-based P2E game to hit $1 billion USD in sales. Created by a Vietnamese gaming studio called Sky Mavis, it is one of the highest revenue-generating games on blockchain technology.

The main driving factor of this growth and success can be attributed to the potential of earning real-world profit for its players. Inspired by Pokemon, the game has its own similar creatures called Axies – NFT-based characters. As each Axie is an NFT, it has its own set of unique characteristics and skills. The only potential objection to Axie Infinity is perhaps its high barrier to entry for prospective players. As the game requires players to purchase an Axie to start, they can expect to spend somewhere between $200 – $1000 USD. Although the initial investment is somewhat large, the possibility of earning a return on it is substantial.

Gods Unchained is second on our play-to-earn crypto games list. It’s mainly a strategy card collectable game. Unlike Axie Infinity, Gods Unchained is rather free to start offering low entry barriers to newcomers. All credible crypto ranking sources point towards Gods Unchained as one of the highest-rated P2E games in the market. Not only does it offer possibilities to earn but also provides players with a thrilling experience that’s unmatched by any other card game.

By providing an exceptional ability to earn digital assets, that too without any initial costs, it certainly earns the top 2 spot on our list. 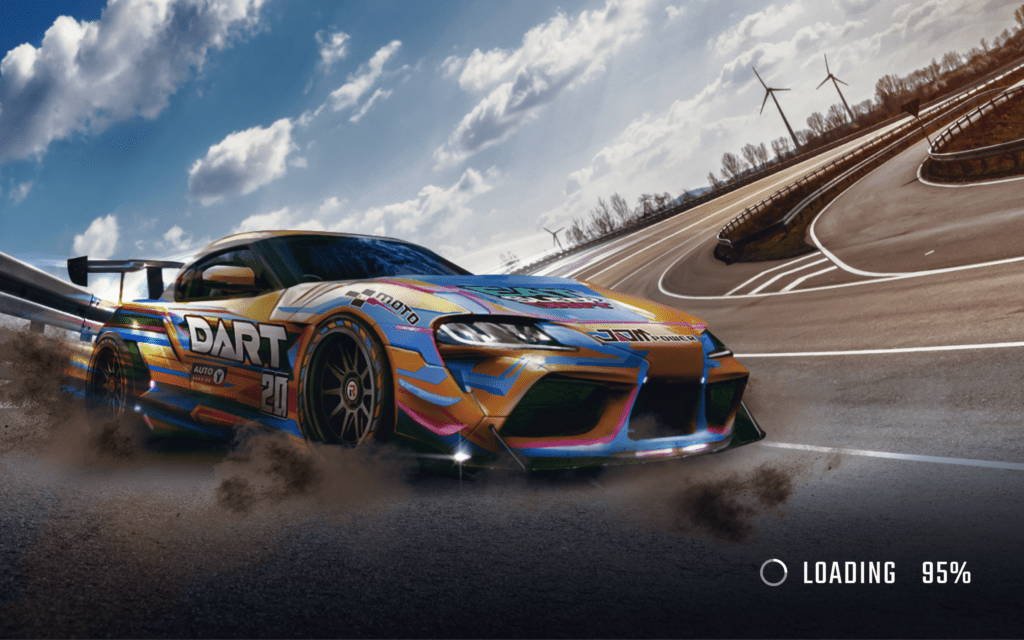 Backed by some of the biggest names in the tech world, REVV Racing experience includes everything we love about car games – and some more! Described as the first original game title for REVV Motorsport blockchain gaming platform, it offers immersive gameplay with the possibility to earn a handsome profit. REVV Racing is currently in its Alpha stages and uses the Polygon network.

Each car in the platform is an NFT with its own set of unique capabilities. Players compete in daily and weekly tournaments that are listed on its platform. Winners get to earn rewards in REVV (the native currency of REVV Motorsports). Currently available on a desktop, REVV Racing is a complete P2E game that offers impressive graphics, simulation-based gameplay and also a competitive landscape to earn money. 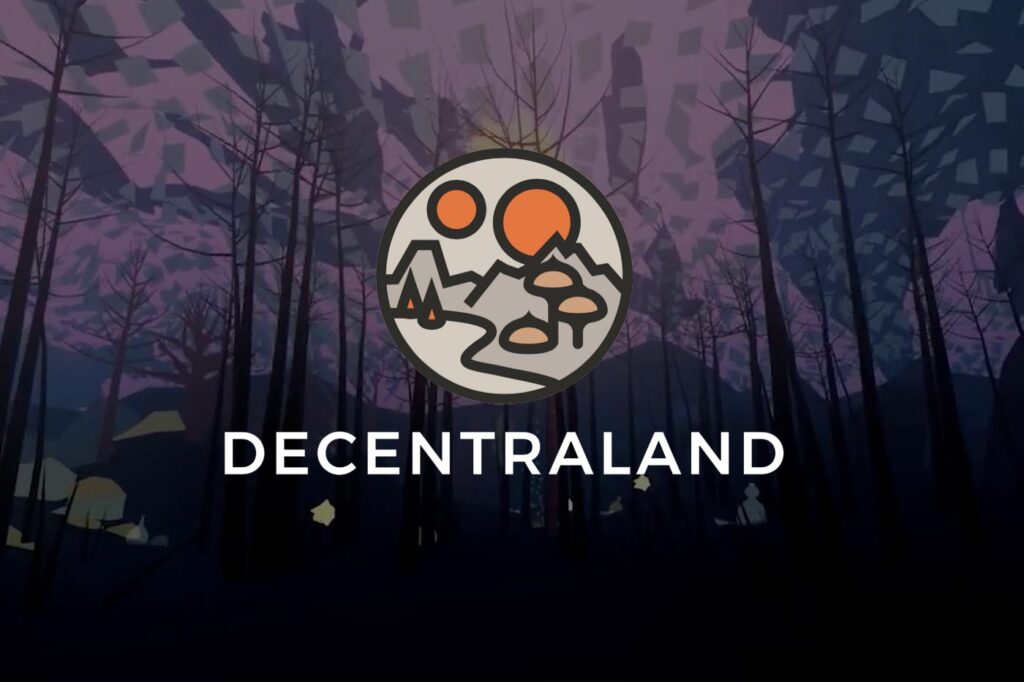 Decentraland may be perhaps one of the oldest crypto-based games on our list. Officially debuted in 2015, it is known to have laid out the foundation for the metaverse. Decentraland offers its players the to construct their own sceneries and assets, explore the habitats of others and also exchange their possessions for possibly enormous earnings. Built on the Ethereum blockchain, Decentraland’s native currency is MANA which facilitates transactions. Decentraland currently holds an enormous trading volume and is also consistently ranked among the top P2E crypto games out there. 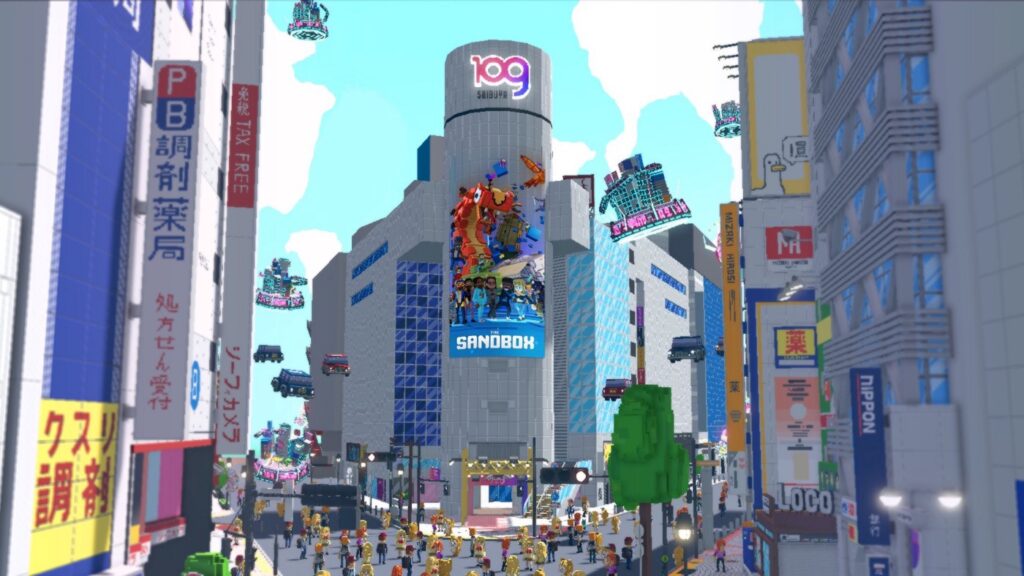 The Sandbox is almost a direct alternative to Decentraland and competes neck-to-neck with the former. Similar to Decentraland, The Sandbox also uses the Ethereum blockchain technology. It is free to enter and also requires no upfront costs from its players. It relies upon users to create content for each other and monetize it by trading or selling. As mentioned above, this gives players the ability to earn massive amounts of money by just using creativity and time. The main gameplay activity revolves around owning a prince of LAND and crafting new creations on that LAND. These creations can be bought, sold or traded in The Sandbox Marketplace. The overall gameplay experience, and the potential for earning a profit make The Sandbox an ideal candidate for this list.

Moving on to the next name on our list, Plant vs Undead offers quite a versatile gameplay while enabling ways to earn money. Players can earn light energy in the Farm Mode which leads to them earning PVU tokens. Players can manage their farm and produce Light Energy (PE), known as the in-game currency of Plant vs Undead. These Light Energy tokens then need to be converted into PVU tokens which are tradeable on several crypto decentralized exchanges. The value of PVU revolves around USD $0.6 – 0.7 per token. This makes it one of the most solid cryptocurrencies out there. 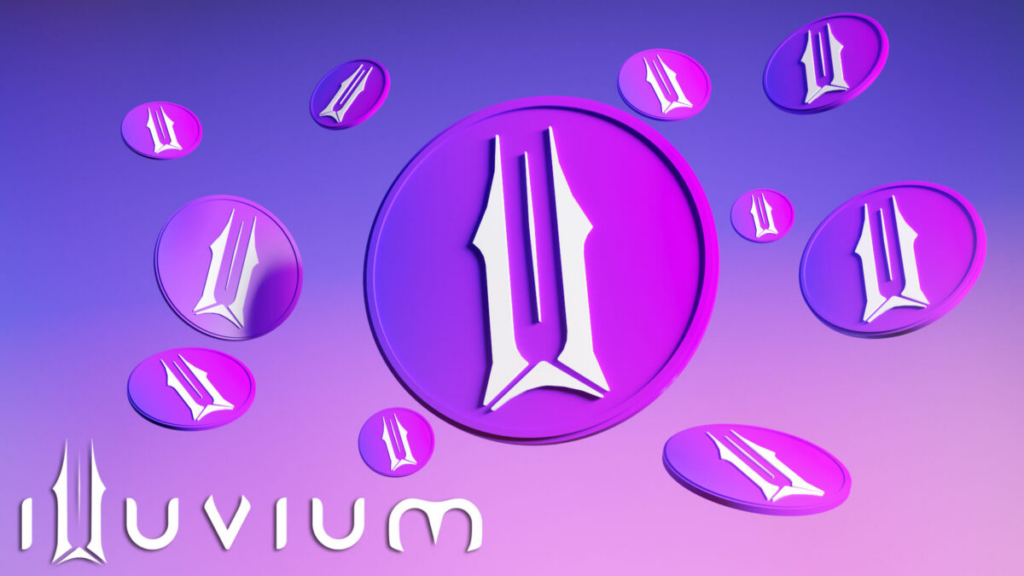 This part of our P2E list focuses on games that are led by their gameplay and graphics. Although Illuvium offers immense earning potential, its stronger point remains towards the actual gameplay. Described as a 3D RPG open-world game, built on the Ethereum blockchain, Illuvium offers many game modes. Players can engage in fierce battles, complete quests and upgrade their ranks to compete at higher levels. By winning battles and completing quests, they can earn rewards in ILV tokens which are tradeable on the marketplace. 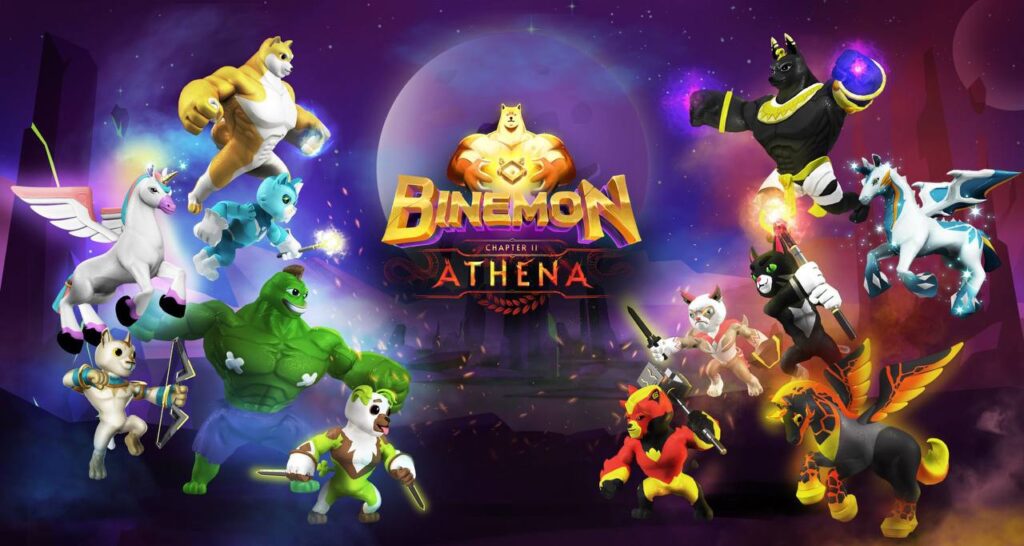 Binemon is built on the Binance Smart Chain that allows players to breed and raise virtual NFT pets named Mons. These NFTs fight battles and earn rewards for the players. Binemon currently offers two battle modes, namely Player vs Environment (PvE) and Player vs Player (PvP). So what makes this game so special to deserve a spot on this list? Binemon has expanded the potential of open-world games to a whole new level. By enabling an infinite open-world landscape, it has opened ways for players to collect NFTs that are out of Binemons own native ecosystem. There are special items called Ambrosia (AMB) that can empower and upgrade Mons. The wide range of activities, coupled with high earning potential makes Binemon a sound candidate for the top 10 list. 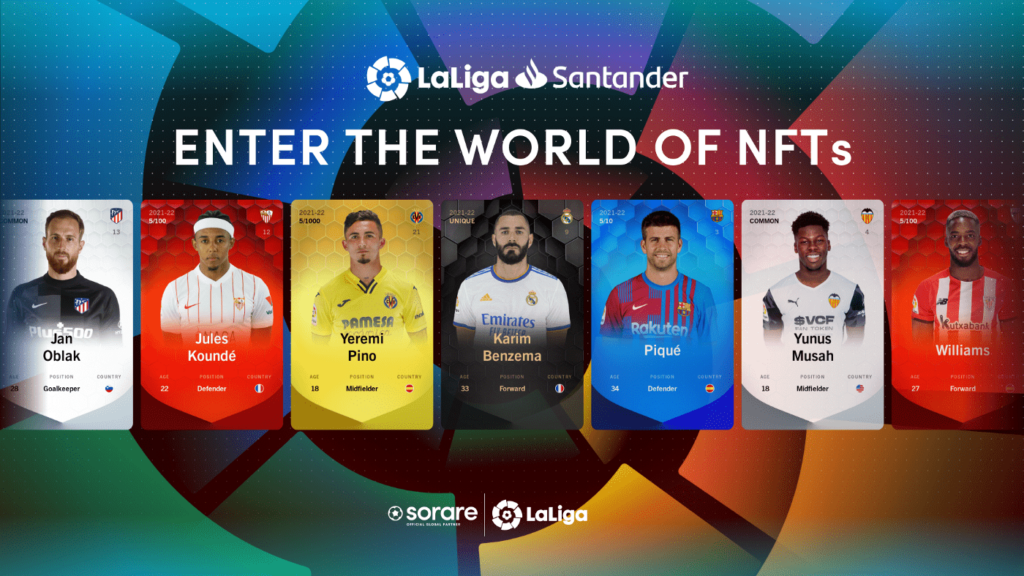 For all the soccer, fans out there, Sorare would certainly grab your attention. Described as a fantasy football game built on the Ethereum blockchain, it offers its players many incentives to earn prizes and in-game NFTs. The reason why Sorare is a top-rated game is due to the support it received from popular gaming brands such as Ubisoft and ConsenSys. Players in Sorare can trade and play with officially licensed digital cards (NFTs) and earn rewards worth thousands of dollars. 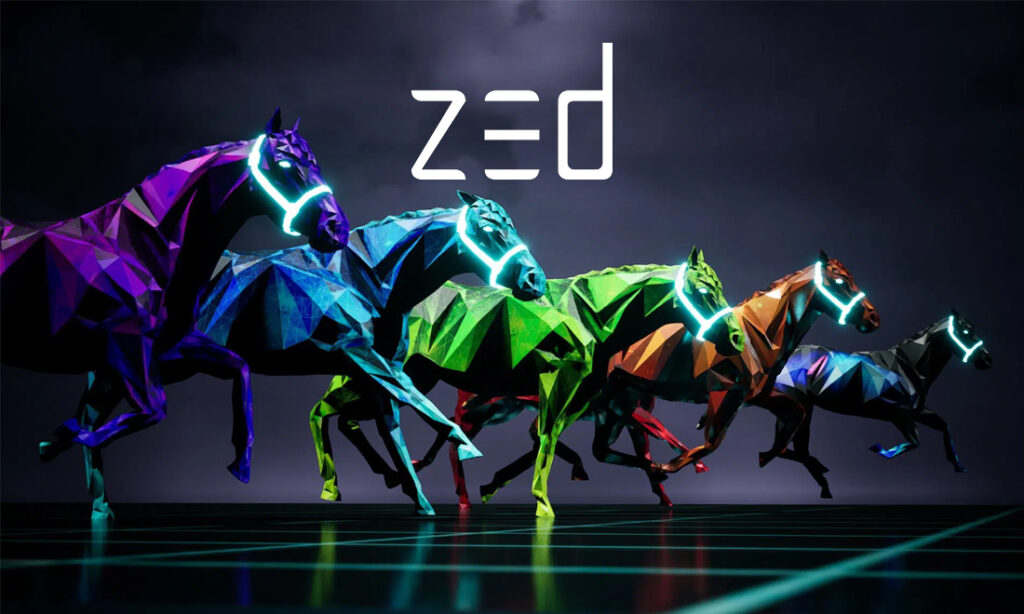 Zed Run is the final contender on our play-to-earn crypto games list, a play-to-earn crypto game for horse lovers. The game allows its users to own, raise and breed horses. In addition, they can participate in competitions online and win rewards. What’s interesting about Zed Run is that these ‘digital horses’ are breathing NFTs. This means that each horse has its own breed, bloodline and DNA attributes. The attention to detail in Zed Run certainly makes it stand out from the crowd. By joining and winning racing tournaments, players can earn money while also owning their digital horse.