It’s a fast-changing industry where charts welcome new games continuously; some top games keep their top positions constantly, while some other popular blockchain games lose their positions unexpectedly. That’s why, on playtoearndiary, we provide you with top blockchain games lists regularly so that you can stay up-to-date. Previously, we covered 15 blockchain metaverses and 12 Triple-A blockchain games.

In this article, let’s count down the top 50 blockchain games according to the number of unique wallet addresses interacting with the games’ smart contracts in the last 30 days.

Our blockchain game list starts with The MStation, which is a space-themed blockchain metaverse game on BSC. You can earn BSCO tokens by completing daily quests and participating in PvP and PvE modes. It’s possible to summon characters, hunt item loots, recruit teams, and fight in team combats. The team will host seasonal hunts.

Tiny World is a blockchain game that combines a great gaming experience with DeFi features like NFT yield farming and liquidity farming.

It’s a typical pet breeding blockchain game in which you can raise cats of different varieties and join in battles.

Another BSC-backed blockchain game in which you can recruit heroes, challenge dungeons, and loot rare items.

My DeFi Pet is a virtual pet game that combines DeFi with blockchain gaming and NFTs. You can collect, breed, evolve, and battle your pets. The team organizes seasonal events where you can earn DPET tokens.

Thetan Arena is a MOBA e-sports blockchain game. You can bring along your friends, form a team, battle with others and earn P2E rewards.

Built on the WAX blockchain, TokenLands is a world’s colonization simulator where you fight in five continents to earn TCoins.

This is a PVP battle card game with game-play inspired by Hearthstone and Magic the Gathering.

A popular blockchain card game in the fantasy football genre is the Ultimate Champions.

In the real-time military strategy game RPlanet, you can stake your unused NFTs for profit.

Elfin Kingdom is a blockchain game ideal for MMORPG fans who are searching for innovative DeFi opportunities.

In Cryptomines, you can mint NFTs, explore planets, and earn dark matters in a sci-fi atmosphere.

In the fantasy world of Nine Chronicles, you can explore dungeons, craft new NFT items and trade them, and join in arena battles to earn p2e rewards.

A triple-A blockchain game in which players strategically build card decks to win. You can trade your NFT cards for profit. 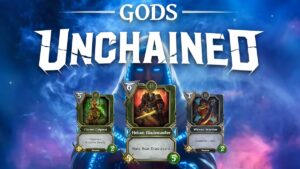 An action-adventure game with combats and dungeon crawling.

Inspired by the series Squid Game, this blockchain game requires players to mint an NFT bus first to start playing.

Another football-themed blockchain game where you can play against players all around the world.

These creatures live on the WAX blockchain and allow their owners to go on adventures in a jungle, village, and city.

Senspark hosts a game-based metaverse that offers entertainment and finance.

A real-time MMO metaverse in which players develop businesses during the Gold Rush Epoque. 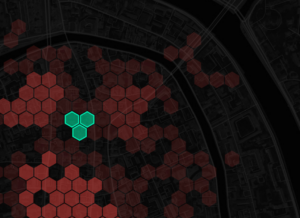 It offers both free-to-earn and play-to-earn.

This is a dungeon exploring blockchain game with a hide-and-seek NFTs feature.

The Taco universe is based on extraction mechanics. 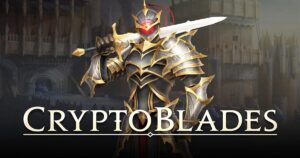 You can collect, compete, combine and stake Aavegotchi collectibles.

The economy of this blockchain game depends on the TOWER token, which players can earn through seasonal events and daily quests.

A very popular blockchain pet game where you can take care of your Axies and fight them in battles against other players. 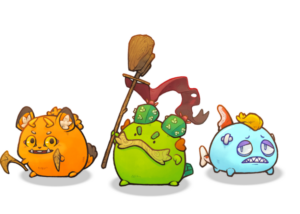 A mini blockchain game where players connect jellies in rows or diagonally.

This game runs on ThunderCore blockchain. You can view it as the blockchain version of the Tetris.

A blockchain metaverse that allows you to free roam in spaces such as exhibitions, dance floors, and shopping malls.

Another blockchain metaverse game with crypto farming and mining.

In this very popular blockchain game, you can send your heroes to quest for collecting rare resources. 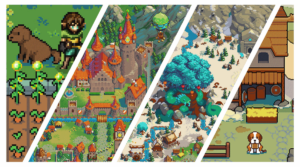 A classical farming game built on the blockchain. You can mine in-game tokens, breed new species, and cultivate food items.

Manage a group of cyborgs programmed to mine BCOINs and fight against monsters.

Pegaxy is a mech-horse racing game that runs on Polygon.

It’s a MOMO NFT farmer game where you can yield farm on the go.

As one of the most sought metaverse projects in the crypto world, Upland maps the real world where you can buy, sell, and trade virtual properties pegged to real-world real-estates.

The most popular card-training game on the blockchain!

The number one game on our blockchain gaming list is Alien Worlds. Alien Worlds has been very popular for a long time due to its lucrative rewards system that allows players to mine Trillium. 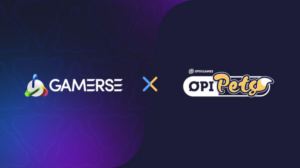 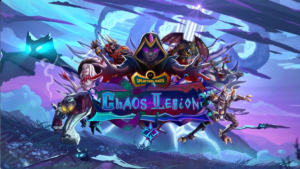