Transitioning from Play to Earn to Play AND Earn! 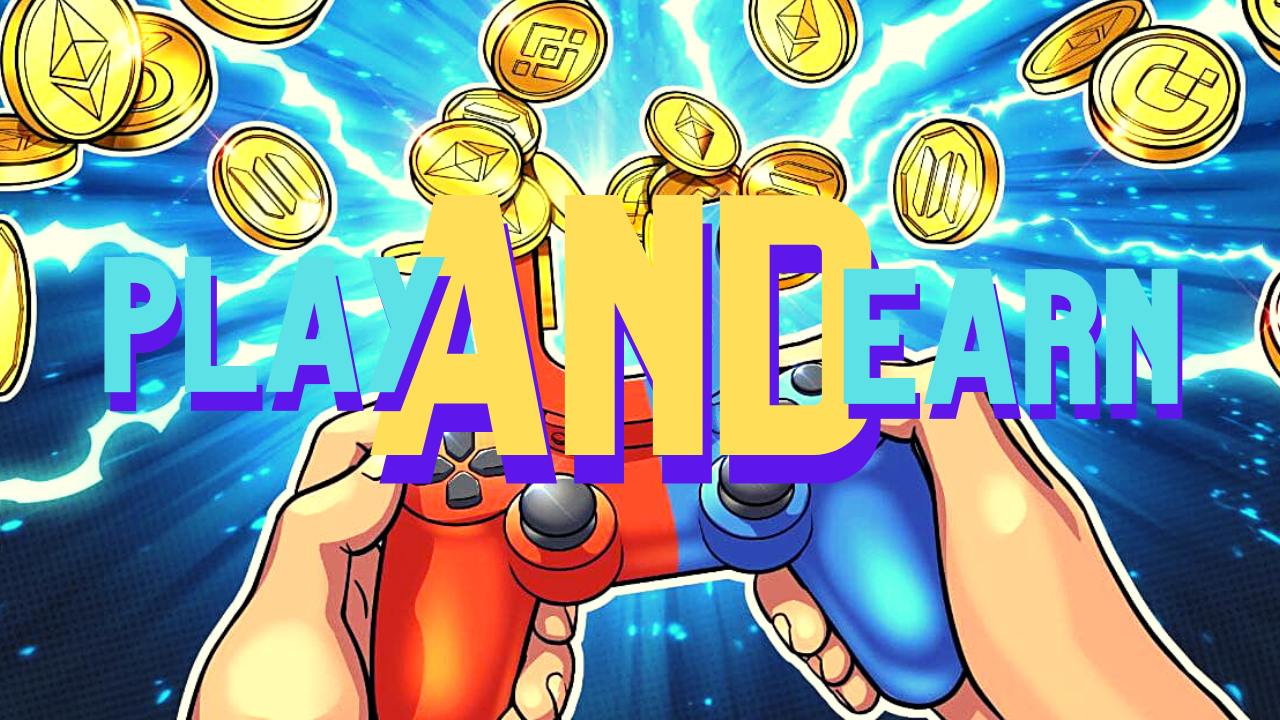 The global gaming market has been growing steadily for the past ten years, reaching a total industry value of $135 billion. Developments within this industry have risen to new and innovative intersections, such as the bridge between blockchain and gaming, popularly known as “play-to-earn”.

Play-to-earn gaming didn’t come about overnight. In fact, play-to-earn has its roots all the way back in 2013.

Up until recently, it was branded as “play-to-earn”. Due to recent events, a transition from play-to-earn to play-and-earn is well underway – or is already here!

With the media hate debacle involving the Twitter posts of the Axie Infinity co-founder, Aleksander Larsen made a subtle yet strategic shift in defining what it means to “play-to-earn” versus “play-and-earn”.

Larsen said, “In our opinion, ‘play-to-earn’ means that players are able to earn fungible and non-fungible tokens in a gaming universe, which may or may not have value.” He added, “Over time, we noticed that players viewed it differently, hence the change to ‘play-and-earn’.”

2/
In our opinion, "Play-to-Earn" means that players are able to earn Fungible and Non-Fungible tokens in a gaming universe, which may or may not have value.

Over time we noticed that players viewed it differently, hence the change to "Play-and-Earn"

Last year’s crypto market has been met with positive increases. This allowed Axie Infinity players to make a living out of the game. But the unexpected loss in value crippled people’s livelihoods and investments in just a short time.

Several media outlets published negative criticism over the issue with one Bloomberg article stating the game ‘delivered disaster’ for most of its players instead of fulfilling its promises to riches.

This event triggered an industrial change from play-to-earn to the play-and-earn model.

In this article, we’ll talk about a brief history of play-to-earn, why it may be problematic, what play-and-earn gaming is, and why this change in wording is more pivotal than you might think.

Why is play-to-earn problematic?

The meaning behind the word “play-to-earn” may be problematic when crypto game companies are marketing their games.

The word assumes that the player is playing solely for earning in the game. This supposes that the game favors money-making schemes rather than the gameplay’s enjoyment, playability and quality. In other words, gaming loses its value, and the game is reduced to nothing more than a job or a chore.

The spirit of gaming aims to transport people into different realities and fantasies they may enjoy. Gaming fuels the excitement of beating a boss, exploring new and uncharted lands, meeting different kinds of people, interacting with the game environment, and feeling the story’s gravitas propelling the characters and narrative forward.

But that is why the play-to-earn model is fundamentally flawed in terms of addressing the purpose behind people’s motives for playing the game.

It invites only a certain demographic that only desires to discover ways to earn income, but we must consider that there are people who just love to get lost in the world and escape reality.

If companies are to introduce a game into the market, it must be inclusive enough so people won’t feel detached but exclusive enough, so people understand what it is trying to accomplish. Catering to everyone means serving no one.

An example of this is FromSoftware’s latest title. Elden Ring is a testament to the hunger of gamers for a good game. With ravishingly positive reviews, the game sold 13.4 million units globally as of March 31. According to the NPD Group, Elden Ring will become the best-selling premium game of 2022.

That is why this transition from play-to-earn to play-and-earn is so pivotal to blockchain gaming. This tiny correction changes the course of how we should think about play-to-earn gaming. It promotes inclusivity and focuses on the important core mechanics of gaming.

How did play-to-earn start?

With this tiny yet dramatic change, let’s understand the history of play-to-earn gaming.

With this jump, Bitcoin’s total market cap exceeded 1,000,000,000. While Bitcoin was on the rise, the industry also witnessed the launch of the very first blockchain-oriented game.

The Xaya team launched the very first blockchain game called Huntercoin. It allowed players to collect coins on a global map. Within the map, users could gather resources, initiate player vs. player combat, and conquer the game world. As it was launched as an experiment in February 2014, the foundation of this game worked as proof that the intersection of blockchain and gaming is viable and productive.

The industry continued to grow, with more and more key investors supporting blockchain technologies and showing interest in a decentralized system.

Richard Branson, the founder of Virgin Media, even suggested that people who would be traveling to space are able to do so by paying with Bitcoin. With the media hype growing, the whole play-to-earn industry strengthened its roots.

Early projects like Huntercoin by Xaya were the pioneers of the play-to-earn space. They began as decentralized, serverless, and censorship-proof systems.

These projects rapidly developed into a blockchain principle that could run various game worlds simultaneously.

Xaya were one of the first pioneers in tapping the potential of play-to-earn gaming. They established the foundational pillars upon which many other gaming companies followed.

Why did play-to-earn change to play-and-earn?

The play-to-earn model is the earliest version of blockchain gaming that has amassed popularity. But a paradigm shift is emerging in the space. A play-and-earn system institutes nuanced yet significant priorities that aim to cater to an expanded audience with a more positive and lasting effect.

Axie Infinity was the first blockchain-based game to highlight this paradigm shift, with the Ethereum-based NFT game reaching $1 billion in sales last August 2021, according to data from Cryptoslam! — rising to $4 billion by February 2022.

The initial success of Axie led other crypto gaming companies to push similar games onto the market. But while the play-to-earn gaming model is innovative, its main problem is losing sight of the core purpose behind gaming — playability and fun.

Pivoting to a play-and-earn model seeks to address that. It is an approach of existential flexibility, a necessary action to shift the mindset of the consumer plus the developers in prioritizing the more important aspects of gaming while bringing blockchain-based gaming to the mass market.

The Axie and play-to-earn hype was apparent all throughout 2021 and trickles into 2022. But the interest will only stay if profits do too.

Unless the playability of a play-to-earn game is ensured to attract and engage gamers without financial motivation, it’s unlikely to compete with the popularity of AAA games.

On the other hand, play-and-earn gives players what they want while also providing earnings and ownership.

It allows crypto game developers to focus on the level of playability and enjoyment that gamers will experience, ensuring that the game is to be played and enjoyed while granting players the potential to earn and get rewarded for their efforts.

It becomes an evolution of gaming rather than just focusing on hard cash.

What is play-and-earn gaming?

Play-and-earn gaming is a business model that prioritizes the playability and enjoyability of the blockchain game while promoting the potential to earn as a secondary goal, with audience engagement and entertainment taking the driver’s seat.

It involves putting what makes gaming great first rather than the complexities of investing and finance. But it does not mean the absence of earning potential. It simply engages the player to play first rather than play to earn.

As Mirko Basil, founder and CEO of UniX Gaming, put it in an interview, “It’s never been play-to-earn, it’s always been play-and-earn. We’re adding crypto as an earning vehicle to gaming.”

This small and simple change in language has profound marketing consequences for the consumers. Play-and-earn invites the general audience to shift their mindset from a rigid play-to-earn mentality to play-and-earn thinking. It makes earning money an option rather than a requirement a player should partake in.

How play-and-earn should be

UniX Gaming is leading the initiative to a play-and-earn approach. Basil said, “Play-to-earn is basically a job. It’s not fun. You do something, and you get rewards. Then people cash out their earnings, over and over. They don’t contribute to the community, they’re just doing their tasks and getting paid. Play-and-earn is fun and rewarding. People spend hours, days and months playing and getting better, competing and collaborating and building a really incredible community.”

Play-to-earn becomes a transactional relationship between the player and game instead of it being an inspirational, entertaining, engaging and creative outlook for the gamers to experience.

Game playability isn’t the only goal. “Gaming is not only playing; it’s owning, building, sharing, chatting and more,” he explained. “In gaming and in crypto, the most important focus is community. The greatest feats of both industries are creating attractive and impactful communities.” 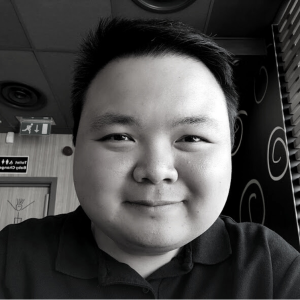