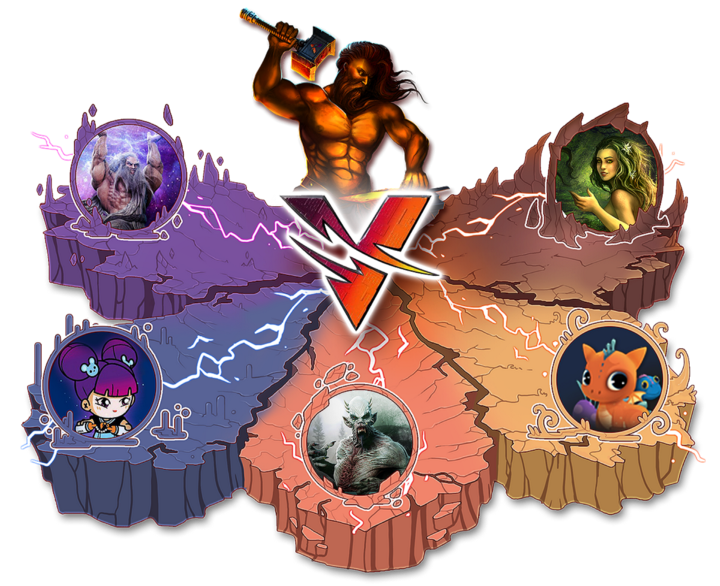 The $8 million round includes the option to invest an additional $33 million down the line, which could help deliver some incredible Vulcan Forged products down the line.

For now, the investment’s goals are twofold. It’s hoped that it will speed up the growth of Vulcan Forged’s patented metaverse-as-a-service engine, MetaScapes, and allow the Web3 company to expand its operations in existing markets and North America.

This is a significant win for the blockchain space as a whole. And Vulcan Forged has a whole host of exciting metaverse projects, including the first fantasy metaverse bank within its Vulcan Verse metaverse. A teaser video of what this new bank looks like is below.

Introducing the first fantasy #metaverse bank where players can stake their $PYR and $LAVA in Vulcan City.

Embrace economies within virtual worlds as the future. That’s what blockchain allows. pic.twitter.com/F9lGCM7Vmb

Jamie Thomson, Founder and CEO of Vulcan Forged, said: “Vulcan Forged has experienced rapid organic growth over the last two years—having expanded from two employees to over 130 and attracting over 200,000 users across 15 games and dApps without outside capital.

“As we look to expand into new markets like North America and open our office in New York City, we believe that now is the perfect time to capitalize on our momentum with a strategic investment from Anthony Scaramucci and his team at SkyBridge Capital.”

SkyBridge weighs in on its decision to invest in Vulcan Forged

SkyBridge Capital is a global investment firm that puts its money in areas like cryptocurrencies, digital assets, fintech, and venture capital. The company was founded by Anthony Scaramucci in 2005 as a hedge fund investment firm.

However, over the last two years, the company has shifted its focus towards opportunities in the digital asset market. The company views this as an emerging asset class that is revolutionizing how people invest.

Accordingly,  its decision to invest in Vulcan Forged hinges on the bootstrapped game studio’s ability for disruption and innovation in the metaverse space.

Vulcan Forged has shown that it can do it all;  from a layer1 blockchain (Elysium) to metaverse builders and play-t0-earn games too.

Our Elysium launchpad is coming and it’s rather beautiful. $PYR pic.twitter.com/I3SguqtKxG

Anthony Scaramucci, Founder and Managing Partner at SkyBridge Capital, elaborated: “Jamie is a brilliant entrepreneur and has impressed me as he bootstrapped Vulcan Forged from a small startup to a top 10 metaverse project in the last two years, with a strong commitment to their growing community.”

“Vulcan Forged and their MetaScapes engine are well-positioned to completely disrupt the legacy gaming and entertainment industries and we are excited to help take them to the next level.”

Vulcan Forged is planning on releasing a new product that will let users create their own virtual worlds. This product, called MetaScapes, is a metaverse-as-a-service engine that doesn’t require any coding. Players will be able to create their own metaverses with just a few clicks. A video explaining the new MetaScapes project can be found below.

Vulcan Forged expects this product to compete with Minecraft. This platform will allow any player to claim a block of land for free and start building. Their work will be backed up on the blockchain.

The development will be stored as an NFT and can then be bought, sold, or traded online.

What are some popular Vulcan Forged games?

Vulcan Forged has developed several games already. Some of its most popular games include:

These are just some of the games that are currently being developed by Vulcan Forged. There are other titles in development, and these constitute only the gaming projects that the company is taking on.

What’s Vulcan Forged all about?

Vulcan Forged has some great P2E projects in development currently. It aims to position itself as a one-stop shop for all things metaverse.

While the VulcanVerse is its own metaverse experience, there are other projects to be excited about as well.

MetaSpaces, its upcoming project, will allow players to build their own metaverses or at least plots of land within existing metaverses. It aims to compete with Minecraft.

Elysium is its own layer 1 metaverse blockchain. It is a carbon-neutral, tree-planting blockchain that powers all Vulcan Forged projects.

Another project it holds is All Frenzy Games which is a play-to-earn (P2E) ecosystem, as well as Agora, a metaverse marketplace selling digital art.

VulcanForged has previously partnered with some major Web3 companies, including the Sandbox. It worked with the Sandbox to develop 400 special editions NFT characters from both worlds. Accordingly, it has gained a significant level of legitimacy in the Web3 space.

Don’t mind us as we position ourselves to cover all #metaverse bases with dominance. $PYR pic.twitter.com/ykrYopRy8k

And it has a bold vision for the future. It wants to cover all metaverse bases and seems to be pulling off its projects with success.

The newest $8 million investment from SkyBridge Capital is sure to help the company along on its mission to become a metaverse powerhouse. So this is definitely one to keep an eye on!

Web3 projects have been seeing significant adoption from mainstream companies. And Vulcan Forged is certainly not the only company that has attracted million-dollar investments recently. This indicates enthusiasm for the blockchain space; and hopefully, in time, wider adoption too!