Web3: Is Augmented And Virtual Reality Our Future? 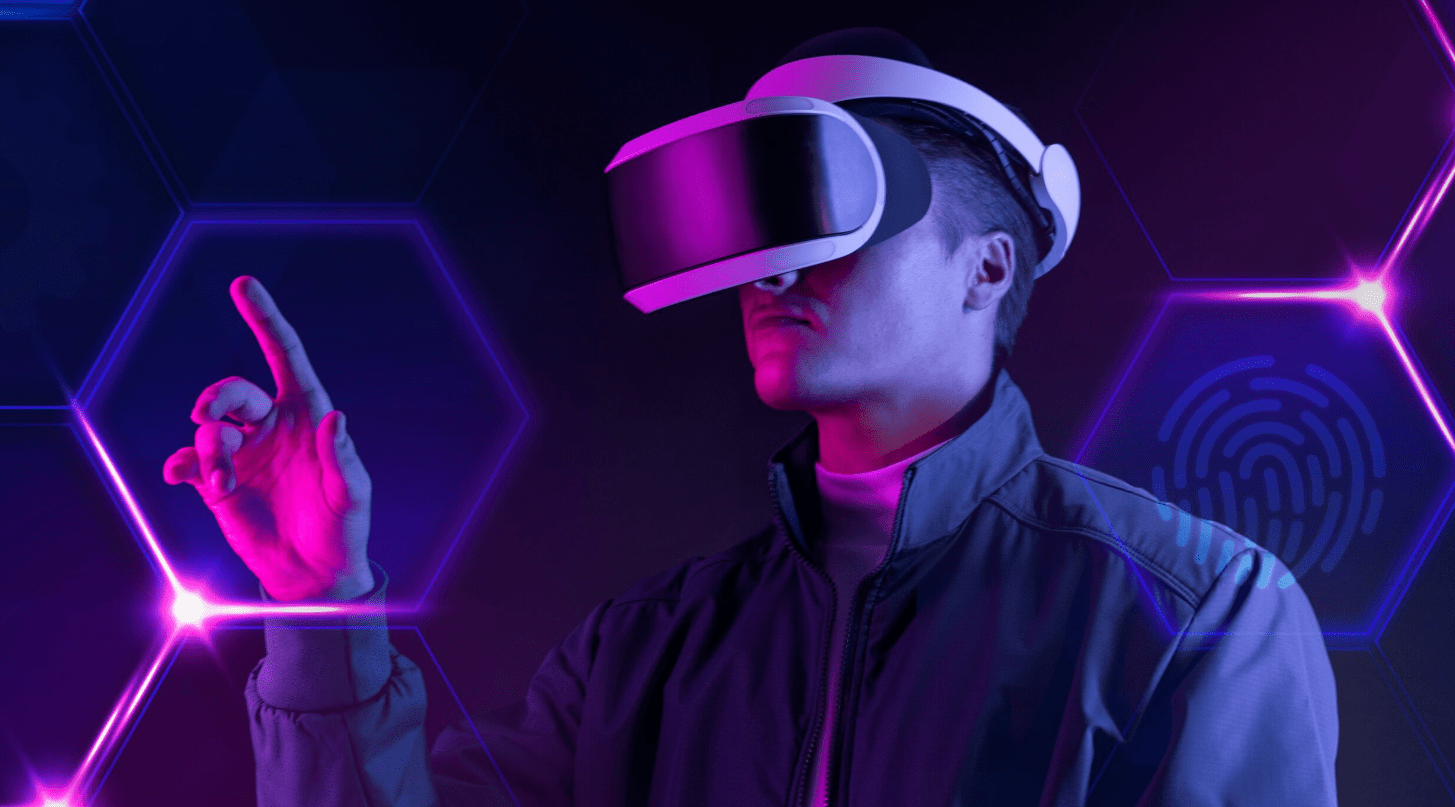 VR and AR are the ultimate offline-online hybrid, digitally replacing and augmenting our actual environment. They will form the next computing platform after mobile.

Here’s a glance at AR and VR and some reasons why they’ll be huge in the future.

Snap began integrating AR onto their camera in the mid-2010s. Snapchat users might employ “facial lenses” to superimpose virtual things in the natural environment.

The use of computer modeling and simulation to enable a human to engage with an artificial three-dimensional (3-D) visual or other sensory world is known as virtual reality (VR).

VR applications immerse the user in a computer-generated world that resembles reality via interactive devices that send and receive data. Among the many uses for these are bodysuits, headsets, gloves, and goggles.

Facebook spent $2.3 billion on Oculus, a producer of virtual reality glasses, in 2014. Mark Zuckerberg stated his objective in an internal memo that they hope that, in around ten years, VR/AR will be the next big computing platform after mobile.

Because it is constantly on, it has the potential to be much more ubiquitous than mobile, especially once they achieve AR… Once you have a robust VR/AR system, you won’t need to buy phones, TVs, or any other physical products – they’ll just become applications in a digital marketplace.

Oculus has been a moderate success, becoming Facebook’s most significant income generator other than adverts. However, Oculus has yet to demonstrate that it can live up to Zuckerberg’s promise. Moreover, despite Facebook’s investment, VR hasn’t had the same cultural resonance as Snap’s and Niantic’s AR offerings.

Augmented And Virtual Reality After Pandemic

As organizations have moved to remote labor in response to the Covid-19 epidemic, virtual reality and augmented reality technologies have seen substantial popularity.

Members of a dispersed team can use headsets to connect in a virtual world. This virtual area might be a room or whatever environment you desire, depending on the purpose of the meeting.

Businesses commonly employ AR/VR technology for instructional purposes. Without leaving their homes, its employees may acquire complex technical skills or new trades. A noteworthy example is the “Basics of Soldering” simulation by Transfr, a simulation-based teaching firm.

Retailers are also seeing the potential of this technology and are making full use of it. A virtual clothes-fitting software, for example, may become a fantastic technology expansion for a retail firm.

What The Future Holds For AR and VR

Past few years, both VR and AR have been struggling in the technology industry. AR hasn’t progressed much beyond Snapchat filters and apps like Pokémon Go.VR gear sales are a tenth of what the industry predicted. Both continue to be niche, and neither has lived up to the hype. But the pandemic seems to give both industries the breakthrough they’ve been seeking.

Other factors that could help with the breakthrough include technology, platform, and content.

First, the fundamental technology driving VR and AR needs to be improved. Despite progress over the last decade, it remains deficient. Even the most advanced systems lack specific natural capabilities. Aside from gaming, there isn’t much you can do with a virtual reality headset that you couldn’t do more simply on another device.

For any breakthrough, VR/AR must evolve from a product to a platform. VR is slowly changing as a developer platform, matching trends in gaming. As a platform for VR, the fact that younger generations are taught to construct and generate content is most enticing.

Users create the majority of today’s gaming platforms. Minecraft allows children to develop their own worlds, including virtual copies of their schools during the Covid downtime.

Epic Games, the creators of Fortnite, founded Epic Games Publishing this spring to help game developers finance their projects. Furthermore, more than 80% of children aged 8 to 18 have played Roblox.

VR/AR allows individuals to interact with the world and one other in novel ways. This has far-reaching implications beyond entertainment.

Take part in diversity and inclusion training where you can put yourself in others’ shoes. Imagine your child learning about the solar system while in space. Or suppose your doctor explains what’s happening within your body as he describes your future operation.

Technologies that were primarily experimental toys two years ago are now seamlessly integrated into our daily lives. Extended reality is no longer the future. It has matured into a valuable tool for both business and enjoyment. Furthermore, VR headsets are becoming more affordable and famous in the B2C sector, increasing demand for technology.

Improving underlying technologies and establishing a platform are essential steps toward breakthroughs. They both contribute to enabling the last piece: material that allows users to have new experiences in new locations, with new people, and with new sensations.