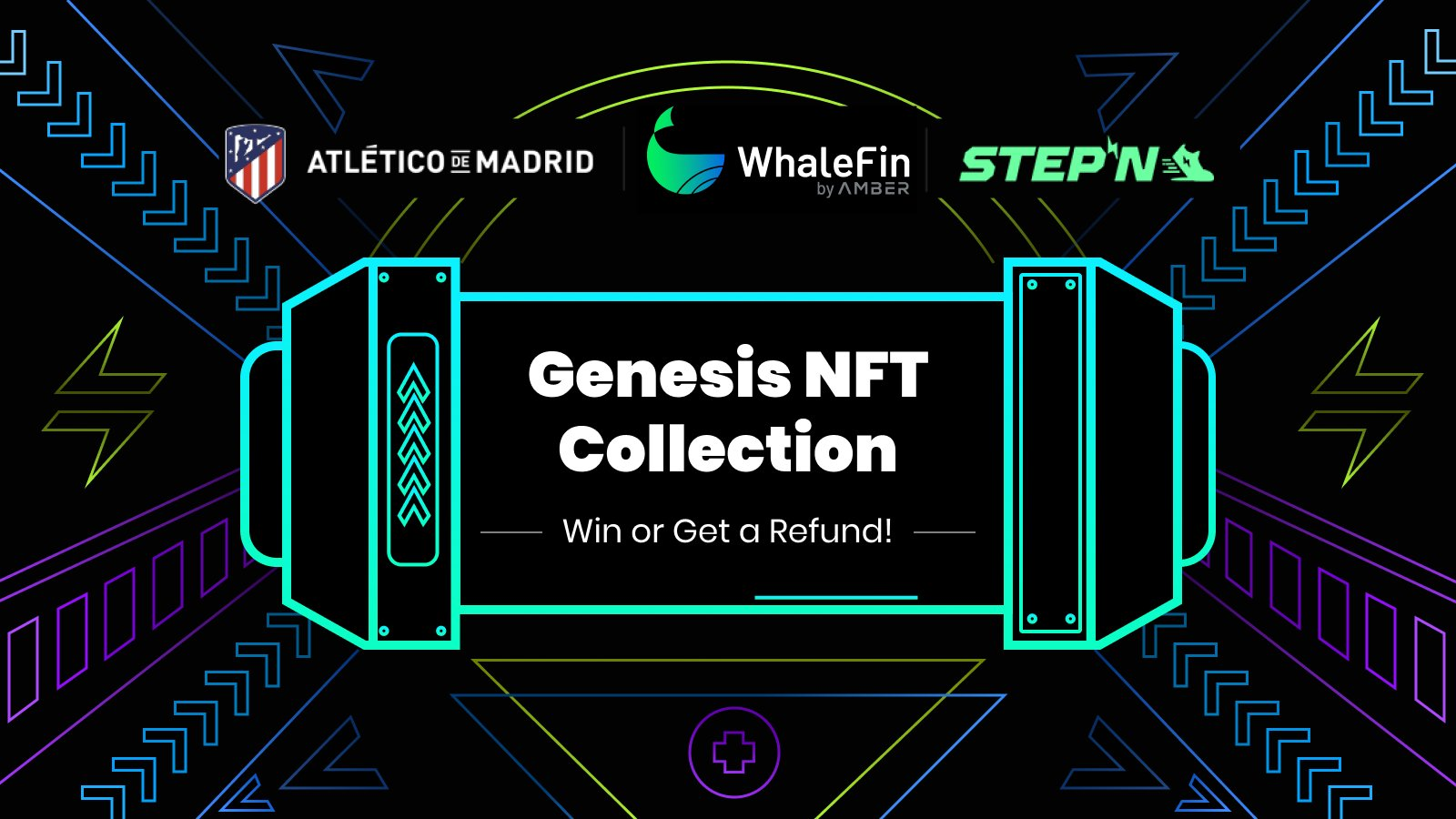 The gift is due to the special perks of the Phase 1 Genesis sneaker holders partnership between STEPN and Atletico. The gifts are further classified into common, uncommon and rare. Players who claim the common category will receive Atletico’s online store discount code.

The Web3 platform and the La Liga giants partnered in August to announce the launch of the NFT sneaker collection. The Genesis Collection sneakers numbered about 1001 NFT sneakers featuring the team’s players, trophies and stadium.

The sneakers provided owners with benefits, including access to limited-edition WhaleFin NFT airdrops, premium signed jerseys, and bonus interest coupons. Indeed, the benefits are fantastic because such offline benefits have never been available with a STEPN Genesis Collection.

Some get sponsored by cryptocurrency exchanges like Binance. Others, like Juventus and Manchester City, produce fungible fan tokens, while La Liga and Liverpool have NFTs with player photos. Platforms like NFL ALL DAY and NBA Top Shot both publish NFTs of video highlights.

Despite how shoe companies have begun experimenting with NFT sneakers, it’s intriguing that Whalefin partners with a sports team. For example, Under Armour debuted the Genesis Curry Flow NFTs, and Nike has a collection of Nike CryptoKicks.

WhaleFin partnered with Atletico in conjunction with STEPN to debut the first Genesis NFT shoe series. WhaleFin serves as the primary sponsor of the football team and the flagship digital asset platform for Amber Group. In addition, WhaleFin is the group’s recognized partner for digital wealth and lifestyle.

STEPN is a blockchain-based fitness app that promulgated the move-to-earn industry. It allows users to earn cryptocurrency by partaking in fitness activities, including walking, jogging, and running. It involves buying NFT sneakers to get started.

The Genesis Collection will have 200 sneakers for its first launch, with 180 of them released through WhaleFin. STEPN will also support the release with an airdrop of 20 common sneakers in its user base.

The “Fundación Atlético de Madrid” will receive 10% of the club’s sales proceeds to support overseas schools. These are schools that use soccer as a catalyst for social development. “Cooperación Internacionl e Infancias Sin Fronteras” will be involved in these projects.

Mable Jiang, the Chief Revenue Officer at STEPN, and Annabelle Huang, the Managing Partner at Amber Group, provided this statement. The statement was made regarding their collaboration to introduce the Genesis Collection.

STEPN: What You Should Know

Adelaide, Australia, was the birthplace of the M2E platform. At a hackathon in Solana in October 2021, STEPN made its debut and finished fourth. It was able to attract its initial batch of beta users. In May 2022, over 700,000 individuals were actively using the Web3 fitness app, which entered public beta in December 2021.

Find Satoshi Lab (FSL) is the innovator of STEPN, and it’s embarked on a mission with STEPN. The mission is to encourage the adoption of Web3 worldwide and a healthy lifestyle among millions of people. The duo also aim to halt climate change.

The team behind FSL is highly aware of the urgent need for change in technology and public health. The distinctive combination of incentive-based and gamification-based projects will help solve these critical concerns.

It will be fascinating to see how FSL and STEPN carry on making a positive impact on the world. Everyone should know that each of their initiatives aims to advance STEPNers and the broader STEPN ecosystem. Also, new projects and alliances will be undertaken in subsequent times.

In a recent play-to-earn diary article by Kathryn, STEPN experienced a decline during the bear market in the crypto industry. A decline brought about rumors that the platform was laying off employees.

A bear market occurs when prices and investments fall, and the market is widely pessimistic. This prompts the price of securities and other assets to drop by 20% or more from recent highs.

STEPN experienced a decline after millions of players installed the app because it allows users to claim unique NFT sneakers. According to its users, STEPN might have faced a decline because of its low movement reward for its users. They also mentioned STEPN’s hidden charges to heighten dividends for their declining interests to be the reasons.

During the bleak phase, the platform addressed its users through an open letter. The letter was to alleviate concerns and present a strategy for dealing with the problems the metaverse faced. The letter also expressed the platform’s desire to use the dire situation as an opportunity for growth.

STEPN seeks to ride out the rough waves of the bear market and hopefully, it’ll have its community’s support. In the meantime, it has done well to reward its loyal users for sticking by it through the tough time.

The rewards came through the Mooar NFT platform. Certainly, there will be future rewards, but users should keep being optimistic for now.

Is The Future Bleak?

STEPN is an initiative that is essential in the move-to-earn space. The platform, which has a vast user base, dedicates itself to fusing features, updates, and the most recent advances. It ensures that these are in line with its users’ preferences. Users can earn additional incentives and maintain a healthy lifestyle thanks to its incredible projects.

The NFT industry has grown significantly since NFTs came to light. Notably, the rapidly developing IT sector reached the $40 billion milestone in 2021. Web3 social identity will be the next significant shift, according to the platform.

STEPN promotes healthy connections to boost social health. The program combats loneliness, which increased dramatically during the COVID-19 pandemic, by fostering a community of users. It introduced campaigns such as September’s Best Running Friends Forever to promote health.

Promoting people’s general well-being is a priority for STEPN everywhere in the world. The platform supports physical wellness by making sure users follow effective workout programs. By rewarding users for exercising, it transforms fitness technology through the STEPN app.

Therefore, in line with the above-established facts, we believe STEPN will not deter from its goals. The bear market phase will end, and the Web3 platform will once again become the leader of the M2E metaverse.