What Are Blockchain Games? 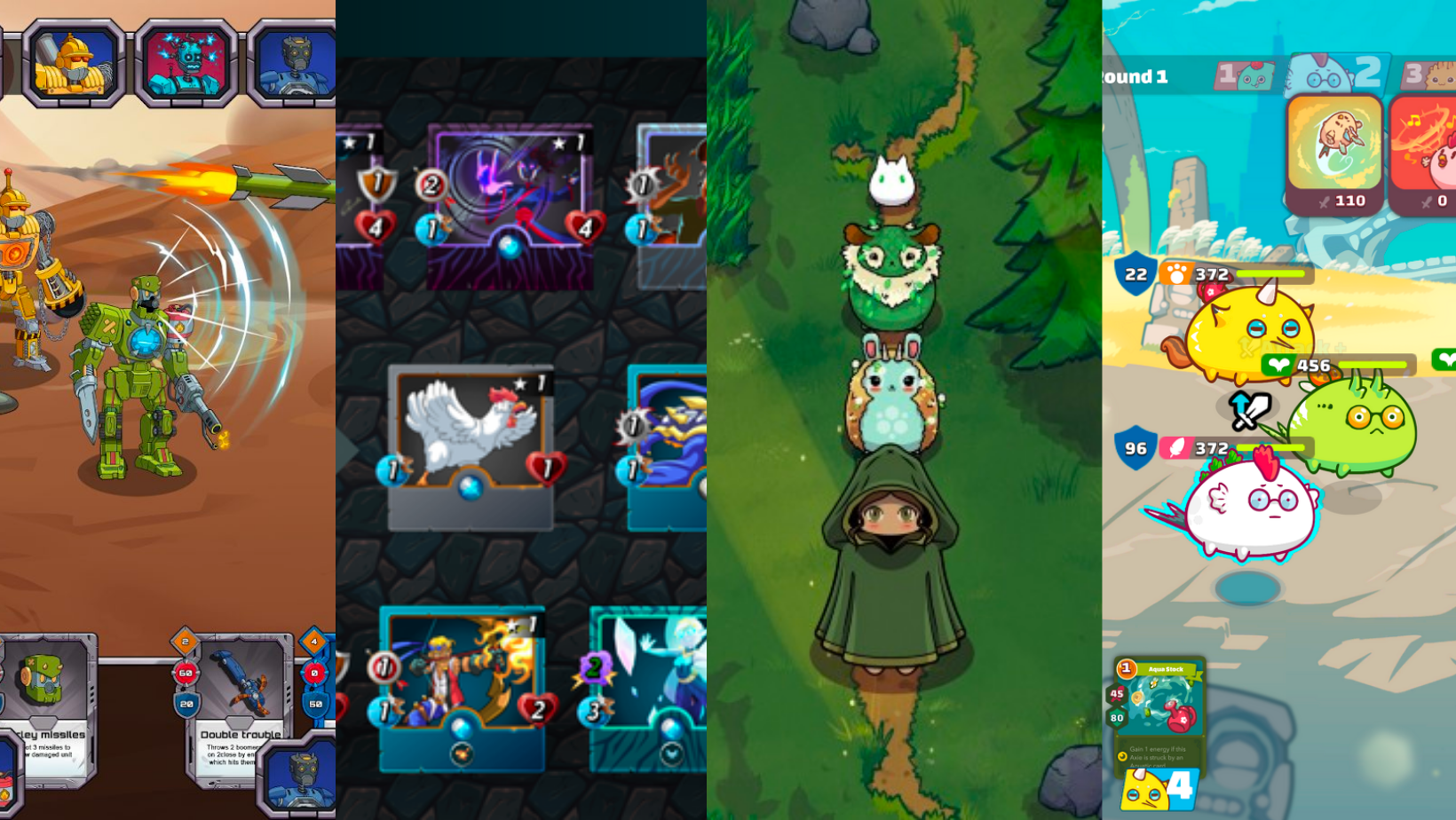 The concept of Blockchain technology was introduced in 2008 when it arrived alongside cryptocurrency as a proposal for Bitcoin. Blockchain acts as an independent, open, distributed ledger that records transactions between two or more parties in a verifiable way. This sort of technology allows for any piece of information to be stored permanently. There is no real wear and tear, no real depreciation possible on this mode of storage.

The immense potential of Blockchain can be identified by assessing that large pieces of information can be stored in a completely transparent, unique, protected way. There is no risk of file tampering, code deletion, or issues of that sort. This is possible because the code has a digital footprint that can easily be traced and remodeled. If you think about it, it is possible that this technology rids the use of intermediaries such as certain types of lawyers, brokers, and so on.

It is indeed a very exciting discussion to have. But, perhaps the singular most concerning thing about using Blockchain as means of mainstream data handling is the security concerns. Data brokerages prioritize data integrity and security more than anything, which means that they are reluctant to jump on the Blockchain bandwagon. But, for other industrial applications for whom security isn’t a matter of life and death, Blockchain continues to be an appealing option.

Soon after the advent of cryptocurrencies, there was massive interest in building a mechanism that would allow players and developers to interact within these crypto-asset bases in creative ways for the combined interest of both. And so, the model of P2E gaming was put forward. This allowed developers and crypto enthusiasts to get their fair share of the bargain appropriately. The developers would develop a new game with an offering that would entice not just gamers, but people looking to earn from games.

The idea to launch a “Play to Earn” model was a masterstroke. This mechanism brought together game enthusiasts, talented developers, Crypto asset traders, and several other interested parties onto the table. The idea that you could play games to earn real-world money through games was new. Of course, you could earn by playing tournaments, but never could you earn from day-to-day gameplay.

Many gamers saw this as an opportunity to finance their own passion. To make sure that they were able to keep doing what they loved doing while earning alongside it. The social stigma surrounding millennials sitting at home supposedly “wasting” their days was broken. Parents who considered their kids burning their time and money behind a computer screen, certainly become support systems. Similarly, crypto traders that were heavily invested in the idea of a crypto-led future found interest and opportunity in the P2E market.

Moreover, rather surprisingly, this became a question of branching out to a new mode of game development for a lot of developers. Game development in an industry that was showing huge reserves of promise and potential was certainly an ask with a lot of appeals. Nonetheless, developers jumped on the bandwagon fully prepared for a rewarding commitment. Therefore, the potential of hype and attention that was associated with the P2E gaming industry was enormous.

All was good and well, but the question we should ask is: how was the P2E industry relevant to Blockchain gaming? What set of circumstances enabled and inspired Blockchain technology to ride their game science with the P2E industry? The answer lies with the mechanics that Blockchain operates within.

Due to the Blockchain concept being relatively new, there is still a lot of untapped potential around it. The uncertainty and novelty of relatively new technology have led to a lot of hesitation from the industry. The P2E gaming industry first made this leap of faith to try and incorporate Blockchain network systems into their games. These games were quite simply designed to attract consumer to consumer commercial activity in the gaming industry.

It was a process to decentralize the money streams flowing through the lands of the video game industry. This was done to try and take market share from big names to smaller, decentralized, and independent developers. Many people loved the idea of decentralization in the gaming industry. However, there was still a lot of ambiguity about the possible applications of Blockchain networks in gaming models. So brain-rackers racked their minds and enthusiasts researched to find a way to incorporate Blockchain into P2E, and then, NFT-based games were born.

NFTs in the Gaming industry

An NFT or a Non-Fungible Token is one of the bigger buzzwords in the world right now. The concept of NFTs dates back to 2015 and 2016 when they were being commercialized for the first time. The idea that you could very much have a virtual asset that was unique to your possession, and yours only, was a very attractive one indeed.

NFTs did not take too long to develop a staunch fanbase. Everyone was and still is, trying to come up with innovative applications of NFTs. However, having said that, there was a suitable degree of skepticism attached to the NFT effort. There were concerns regarding the security and feasibility of transactions and the real-world importance of virtual NFT assets. Moreover, lacking a central legal tender, such as that of the government on local banknotes, etc. made the entire crypto asset base a very shady proposition for a lot of industries. We also witnessed memes joking about selling “jpegs” and being an NFT owner. All of that is talk of the past now. Having said that, the global gaming industry could see a lot of potential in a concept that would allow their developers and creative producers to design and create in-game assets that could be sold SEPARATELY from in-game resources. These assets could include basically anything that a creative developer could design. Gun skins, cards, lands, and even characters could be separate NFTs. According to many Big-game-names, selling these resources at a well-determined price could change the revenue model completely.

Now there was just one issue: scalability. How do you conduct, maintain, record, store, and assess all these huge streams of data in an incorruptible, consistent, and relatively secure environment? If any game was to do this individually and independently, it was going to have huge up-front and long-term costs. It was also going to eat up a lot of space, and it would be colossal for efficient data maintenance and management.

That is where the Blockchain network came in. As titles such as the Binance Smart Chain and Ethereum Network gained popularity, games were able to identify ways to outsource much of their crypto-asset handling to these smart outlets. Smart contracts ensured that games would still have independent, undying authority and word over this decentralized ownership. So, slowly but surely, the NFT-based Blockchain facilitated the P2E industry started to become a household name.

How Does this all Work?

When talking about Blockchain games, it’s important to note that we are discussing games that are utilizing Blockchain technology. Games differ in their reliance on the Blockchain network. Some games just sell their in-game assets to their player base over the Blockchain. Whereas others may be running their entire metaverse on the technology. For example, one game might just have its in-game token operating as an NFT into the blockchain. This means that all the purchases that you make from that token change its metadata to reflect that you’re the new owner of the asset. This piece of information would be open for anyone to see in that ecosystem (unless you install privacy controls).

Variety of Blockchain Implementation in Games

The rarity of an asset and the related game’s hype determines the actual value of the asset. For instance, you bought the Vandal’s Reaver skin from Riot’s marketplace to add that skin to your asset collection. Now, if that skin is a registered NFT, you’ll be the sole owner of that particular skin. The above-mentioned example was for understanding purposes and isn’t an actual NFT. Moreover, the net worth of that asset would be determined by the real-world demand of that game.

Similarly, there are games that rely on the Blockchain than just for the trading of the in-game assets that they have designed for the user satisfaction of the player. This could mean that the entire metaverse is based on Blockchain. Your friends that you have added from Facebook, your in-game wallet, and the entire marketplace. Basically, any part of the game that allows for trading activity amongst players to even happen. All this could be running on the Blockchain. This kind of contract is likely to be more expensive and much more dependent on Blockchain. It also requires much more from the service dynamics of the Blockchain network. Naturally, any Blockchain supplier would charge a higher price for a service like that.

What Makes the Best NFT game?

It is quite difficult to rank the best Blockchain games on the market. This is because of the diversity and variations each has on how they use their Blockchain technology and gameplay science.
But, titles like Axie Infinity, Sorare, and Sandbox are definitely faring well in the market, partly due to the factors mentioned above. Moreover, you have large projects like Gala Games which offer a multitude of NFT gaming titles. The commitment to achieve the perfect balance and quality has allowed these titles to climb to the top.

It is indeed amazing to see how far the gaming community has come in terms of redefining revenue-earning norms. But, the NFT adaptation of the gaming industry is a testament to the fact that games aren’t just casual fun. Day after day we see the gaming industry booming, and the NFT game space is proving the same to everyone.