FAQs: What Devices can You Use to play NFT Games? 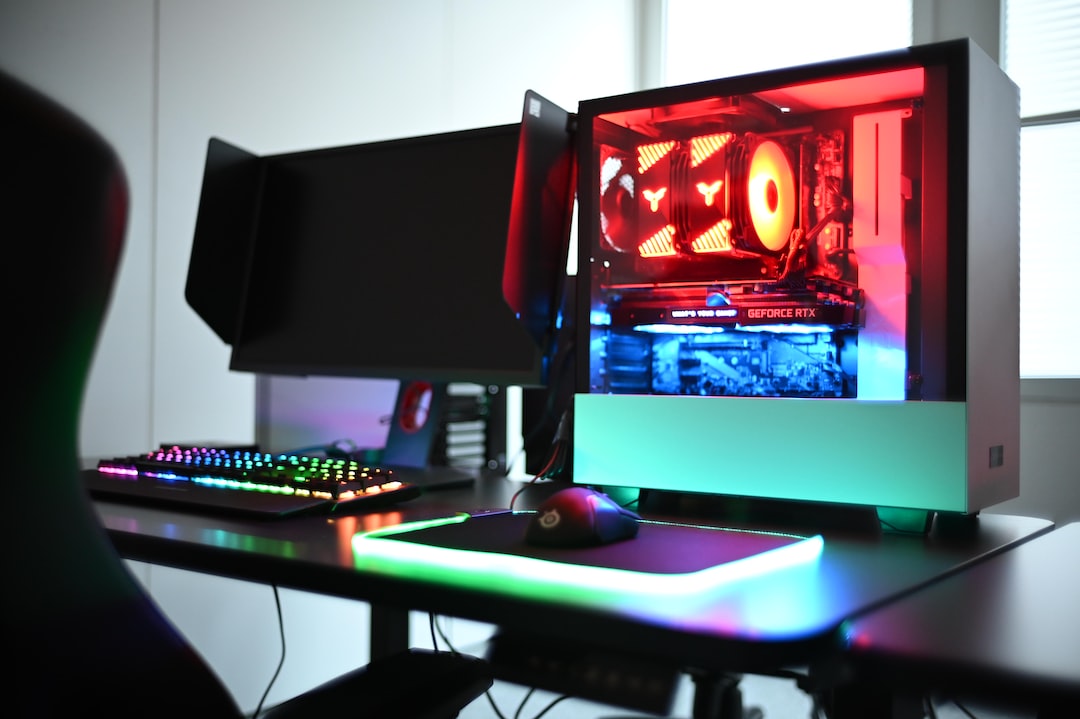 Nowadays, gamers, businesses and gaming companies are seeing the potential for continuous revenue streams from NFT games. NFT digital games can potentially provide new ways for content creators to monetize their work, often through social tokens, digital art pieces, and collectibles. Non-fungible token (NFT) games make use of the combination of the traditional and non-traditional gaming setting, which revolves around unique tokens. Not only do these games require special devices to play them, but they also need strategies to scale through.
Ranging from the interaction in the NFT games down to the earning and conversion of your assets, you need a quality and supporting device to accomplish this. Play-to-earn NFT games allow users to generate income while playing games.

The working mechanism is that players get rewarded with tokens and collectibles depending on the game types, the invested amount, and the duration. This gives rise to the need for devices that not only support NFT games but also make the gaming experience memorable. In this article, we will be discussing what devices you need to play NFT games. But before that, let’s take a walk through some essential things you need to know about NFT and NFT games.

An NFT is a unit of data that can be bought, sold, exchanged, and kept on a particular kind of digital ledger known as a blockchain. The NFT grant licensing rights to utilize specific digital or physical assets, such as pictures, artwork, music, or sports highlights, for a predetermined purpose. NFTs are non-fungible, one of a token kind. You will get something entirely different if you exchange one asset for another. With NFTs, the crypto model has a little altering because each token is distinct and unreplicable, making it impossible for two non-fungible tokens to be equal.

Because NFT trading is extralegal, it typically results in an informal transfer of ownership over the item that lacks a legal basis for enforcement and frequently provides the right to use it as a status symbol. The owner of the digital asset that an NFT purports to represent does not necessarily have intellectual property rights for the NFT. This proves the blockchain record’s ownership.

NFT cannot be bought or exchanged for equivalent amounts like cryptocurrencies. These attributes contrast with fungible tokens like bitcoins. Bitcoins are interchangeable and may be used as a medium for business transactions because they are identical. An example of an NFT is Bored Ape Yacht. Tens of millions of dollars have gone for ape NFT images, digital assets, and mere worksJ PEGs.

On the other hand, cryptocurrencies can be traded or swapped for one another, just like traditional currency can. One bitcoin, for instance, is always worth the same as another. The same is same for Tether, where one unit is always equivalent to another. Because of their fungibility, cryptocurrencies are a good choice for a safe medium of exchange in the digital economy.

How does an NFT work?

Creating an NFT gives you the ownership of the work and the right to do anything with it. It gives you something that cannot be reproduced with the reproduction and copyright intact. Everyone wants to own something unique that they can be proud of; that’s why NFTs suddenly start becoming worth millions. Several versions of Non-fungible tokens are built on different blockchains, but the Ethereum blockchain host most of them. The Ethereum blockchain keeps track of who has NFTs, those trading them, and those in need of it.  NFTs are anything ranging from pictures to drawings that can be converted into a digital format and minted.

Simply put, it is nature converted into a digital asset. Apart from earning from NFT by selling these digital assets on designated marketplaces, there are other means through which you can make money off non-fungible tokens. Other available means include Flipping NFTs, Minting NFTs, NFT HODLing, and the most recent development, Play-to-earn (P2E) NFT games. Avoid being nervous and get yourself used to the system. You can read about NFTs on our website while this article discusses the NFT games and suitable devices you can use to play them.

Since its inception in 2015, one of the most frequently asked questions online regarding the NFTs is “What devices have all that it takes to give gamers a smooth and thrilling gaming experience?” This piece provides an ultimate answer to this particular question usually asked by most gamers. In simple terms, NFT games are game that directly or indirectly has to do with NFTs. It is either incorporated as an in-game element, or a marketplace is included for it. NFT games provide a medium for users to buy game items and also get rewarded for tasks accomplished. They can also be outwardly sold to other users within the game or other marketplaces. Hence, gaming with NFT has the potential to give both thrilling satisfaction and monetary rewards to gamers.

Why NFT games are unique

Unlike other forms of earning, NFT games create an exciting environment where you can make money while entertaining yourself. It is not just about having vast collectibles in your wallet. Instead, it comes with interactions, weapons purchases, avatars, and generating income through the play-to-earn (P2E) model.

One of the uniqueness of NFT gaming is that it assigns ownership of digital assets to gamers by creating a unique token. This token allows them to exchange their collectibles with other gamers. Additionally, they can swap and integrate their non-fungible entities within the game. As fun as it is, there are rules guiding it, which developers create in the form of smart contracts. NFT games are any form of a web-based gaming platform incorporating NFT directly or indirectly. Examples of NFT games are Axie infinity,  Gods Unchained, Game, The Sandbox, and Splinterlands. Others are The Walking Dead: Empires, Dogami, The Parallel, Illuvium, and Star Atlas, among numerous ones.

Here are some devices to get the best experience from play-to-earn NFT games :

Smartphones are undoubtedly the best solution to get into NFT gaming. You might be limited to some in-game play activities, and stepping up at some stage might become difficult. Nevertheless, through your smartphone, you can play any NFT games of your choice anytime as long as you are connected to the internet. Smartphones are the best for the easy accessibility of NFT games. You can easily access these games through your phone store or app stores. NFT games that can be played on smartphones are Globula, Axie infinity, Crypto Shooter, Monsta Infinite, and many others.

Tablet devices are the middle ground between smartphones and laptops. They are powerful enough to run the best NFT games, not to mention the fact that they enlarge in-game items and gaming controls. Tablets offer larger screens than smartphones, and you can attach accessories such as a keyboard and mouse for greater precision. You can access different choices of NFT games through their website, or you can get apps and games at the Play Store or App Store. Examples of tablet NFT games are CryptoKitties, Skyweaver, Mobox, Silks, and many others.

Most NFT games are built mainly for laptops and pc. A laptop and pc are the best when onboarding a user’s experience. Firstly, the screen of a PC monitor is much bigger and provides a higher resolution of NFT games, thus making gameplay look better and much more comfortable. When it comes to controlling your NFT characters, laptops and PCs provide solutions to that, thanks to the mouse’s and the keys’ smooth motion. For multiplayer NFT games, notebooks and PCs allow you to compete with other players quickly and enjoy gameplay to a large extent. Some examples of PC and laptop NFT games include Gods Unchained, The Sandbox, Cryptoblades, Cryptofights, and many others.

The following criteria should be sought when choosing an appropriate device for your NFT games.

Your device display resolution is simply the number of pixels on your screen presented in the length x height format. It is good to know that most NFT games use dimensions such as 640px by 860px or 1080 px as their preferred resolution. Since the details and clarity of a game on a device depend solely on the number of pixels available, it becomes necessary to know that the higher the screen resolution, the higher the pixel will be available to give you the best gaming experience. Hence, gamers should go after devices with high screen resolutions. Below are suitable options for screen resolutions that can give you the best gaming experience ever:

Another critical feature of a suitable gaming device is the size of the storage processor. Device processors, also known as the chipset, function like the brain in the human system. It is responsible for the coordination of all the processes going on in a computer system. It is the central hub of a device. The processor receives and executes every command while performing billions of calculations in a mili-second. Most phones with low processing memory tend to lag on usage. Appropriate devices for NFT gaming should have a minimum RAM of 8 GB with 1 GB of free disk space to install the game.

The rate at which you use your device for gaming is directly proportional to the power that would be drained out. Hence, it becomes an excellent idea to seek after machines with good battery capacity for gaming. It is good to note also that factors like a higher screen resolution and refresh rate contribute to the rate at which a battery gets drained. If you are playing NFT games with your phone, do ensure that your phone has at least a 4,500mAh battery capacity to provide a decent battery life that supports gaming for longer hours.

A higher refresh rate display would induce and allow all the actions and processes on the screen to appear smoother and less hard to follow. This is possible by redrawing the image more times per mili-second. Most gaming devices have these features inbuilt into them. Refresh rates can be as high as 120Hz or 144Hz, or even higher. For Androids, the following instruments ranked best in 2022 concerning their refreshing rate.

If your phone is going to be running games concurrently, it is bound to get hot, and thus, it will require an excellent cooling system to disallow the heat from affecting the performance of your device’s processor. Most devices would naturally get hot during the prolonged usage period. So, It becomes essential that a device be embedded with an appropriate cooling system to control the heat and prevent the processor from being damaged. This process is called throttling, and most gamers tend to avoid this because of its adverse impacts on gaming devices.

Gaming is fun and exciting, but it can also be frustrating. If not carried out on an enabling and supporting device, it will surely be frustrating and might even disinterest the gamers. This gives rise to the quest for the best devices on which NFT games can be played and enjoyed. Before selecting any of your desired devices, one thing to consider is the cost of the device.