What is a Dual Token Economy? – Advantages and Disadvantages 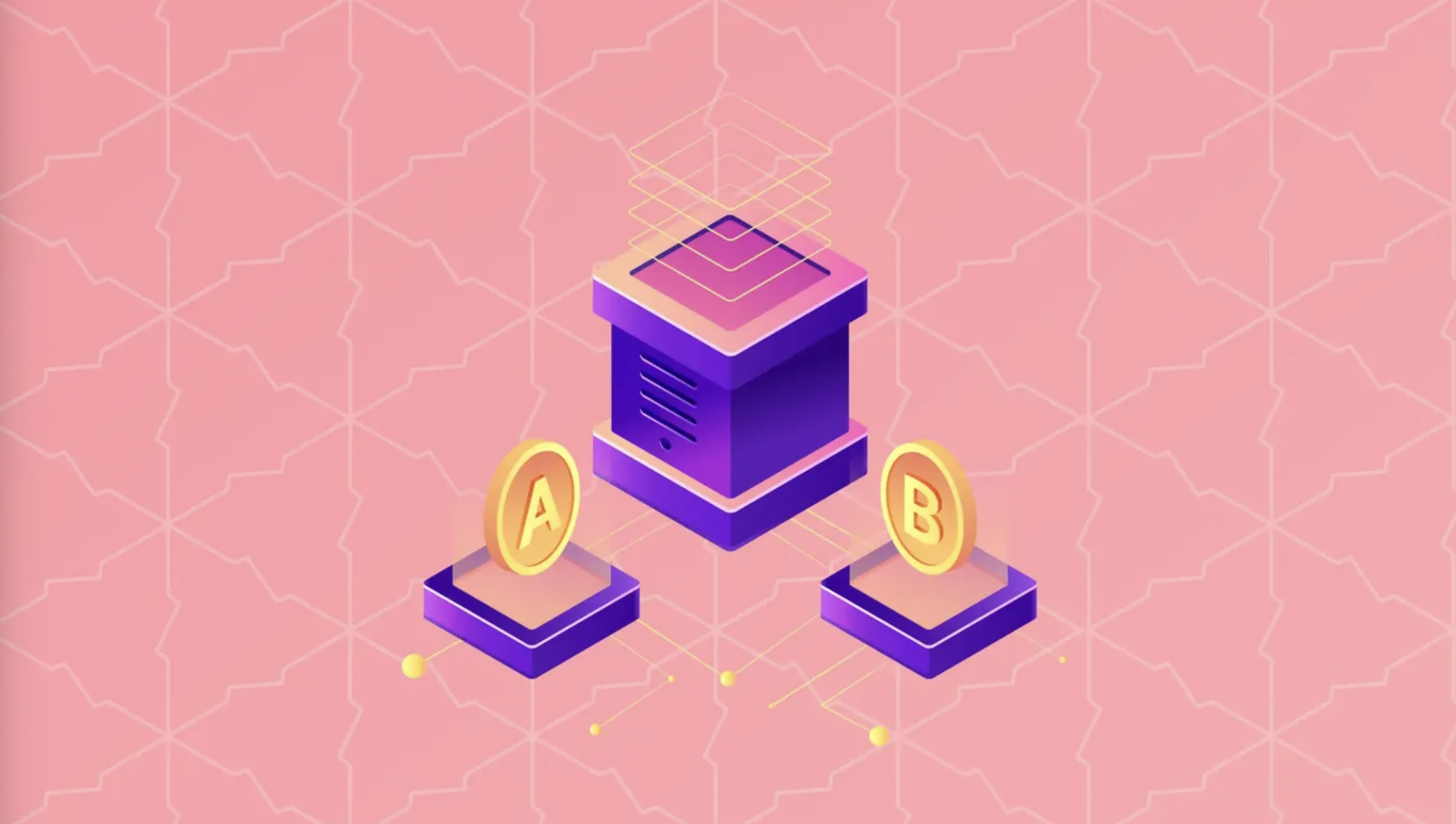 What is a Dual Token Economy?

The phrase “dual-token economy,” also known as “dual-token model” or “dual-token system,” refers to cryptocurrency projects that provide two distinct types of tokens. The main motivation for creating tokens is to avoid regulatory compliance issues and split the ecosystem of the project into two tokens for easier usability.

What are the two tokens in a Dual Token Economy?

Usually, one of the two tokens is used as collateral to secure funding for the cryptocurrency project. The token achieves this by strictly adhering to the rules set forth for traditional securities, such as bonds or stocks. The other token is utilized on the network to carry out particular tasks or roles. These roles typically vary from project to project.

Dual Token Economies: Why Did They Begin?

The previously unnoticed dual token model was created by the wave of Initial Coin Offerings (ICOs) that occurred in 2017. According to this model, a blockchain project issues a utility token to power platform transactions as well as a second token to raise money from the general public.

The primary factor driving crypto projects’ preference for a dual-token economy model is the U.S. Securities and Exchange Commission aspect. In contrast to securities, stocks, or bonds, which have a clear standing within the SEC framework, the SEC has not yet clearly classified crypto assets.

Was the U.S. Government behind the rise of Dual Token Economies?

The US government’s increased scrutiny of initial coin offerings (ICOs) led to the rise of the dual token model. The model, though, is not just applicable to projects funded by ICOs.

For instance, MakerDAO (MKR and DAI), the most well-known dual token platform, has never hosted an ICO.

Nevertheless, the “Framework for “Investment Contract” Analysis of Digital Assets” has given blockchain projects a way to register their tokens as securities and established some requirements for them to operate in compliance with the laws.

The project must be entirely decentralized and offer real-world utility and profit to its holders in order for its tokens to qualify as securities. As detailed in the SEC’s “Statement on Cryptocurrencies and Initial Coin Offerings,” a token is regarded as a security token by the SEC if all of these requirements are satisfied.

Tokens issued during ICOs, then needed to represent a tangible claim to a portion of the platform’s future profits in the form of dividends and interest payments.

However, legal compliance requirements that are too rigid for the platform’s operation could be triggered if transactional utility tokens were treated as securities. It’s also possible that initial coin offering issuers could break securities laws.

Many initiatives have adopted the dual token model for initial coin offerings (ICOs) to sidestep these pitfalls. At the ICO phase, only one token is issued: the security token, which is used to raise capital from investors. In accordance with securities regulations, this token entitles the holder to a share of the project’s ownership and, potentially, a share of the project’s dividends and profits.

The utility token, the second type of token, could be distributed before, during, or after the initial coin offering. It functions on the platform like any other token used for making transactions. Like other blockchain tokens, such as Ethereum (ETH) or Bitcoin (BTC), they can be exchanged for goods and services.

What are a Dual Token Economy’s Benefits?

What are a Dual Token Economy’s Disadvantages?

Even though there are many benefits to using a dual token model, there are also a couple of potential drawbacks to be aware of.

The first is that investors who aren’t familiar with blockchain or the new platform may initially find the model to be murky.

The second main drawback is the perpetual possibility of conflict of interest between those who hold either token. When comparing the goals and incentives of those who hold security tokens to those who hold utility tokens, it is clear that there is a clear distinction between the two groups.

For example, an issue involving a conflict of interest emerged on Maker in September of 2020. A governance vote revealed that platform users had decided against compensating DAI holders after they lost about $2,500,000 USD from their vaults on the system.

MKR token holders were the only ones who could vote on how to handle the missing money because the governance token is MKR and not DAI.

Some Projects That Use a Two-Token System

Axie Infinity – a leading example of a Dual Token Economy

Axie Infinity is a fantastic illustration of this concept; it is an NFT gaming project that provides users with two tokens, SLP and AXS, as in-game rewards.

The ”Smooth Love Potion,” or SLP, is an infinitely reproducible utility token that Axie Infinity users can spend on things like in-game purchases and the cost of breeding their Axies (virtual pets).

Meanwhile, AXS is a 27 million-token supply, ERC-20 governance token for the Axie universe.

Value is added to the Axie Infinity ecosystem by the AXS token, which can be purchased by players from cryptocurrency exchanges and then used to take part in in-game governance activities or staked on the platform for passive rewards.

Skyrim Finance – another example of the Dual Token Model

Similar to how Axie Infinity and Skyrim Finance use the dual-economy mechanism, many other projects do too. These include VeChainThor, and Film.io.

What different types of Dual Token Economy projects are there?

The dual token model can be implemented in three different ways: Non-ICO, Bundled, or Detached.

Although initial coin offerings (ICOs) were a major impetus for dual token projects, an ICO is not required for a project to utilize the dual model. It is important to note that the requirements of securities law that apply to initial coin offerings do not apply to security tokens issued outside of an ICO. It’s possible that the term “security token” is too broad of a category to describe it. Both tokens may have slightly different functions in such a venture.

Maker DAO, as described above, is the largest dual token Decentralized Finance (DeFi) project in the world and is a prime illustration of the non-ICO format. When a user requests a loan on Maker, the platform will use the DAI token as collateral. Borrowers put ETH into the system’s “vault” as collateral for their loans. This stablecoin, called DAI, is pegged one-to-one with the US dollar.

MKR, Maker’s second token, is used to grant platform voting rights to its owners. Owners of MKR have a voice in how the platform is run and can cast votes on pivotal issues.

Maker demonstrates that the traditional distinction between security tokens and utility tokens may not always apply to dual token projects that are not Initial Coin Offerings. Maker’s native token, DAI, functions as a “utility token” by facilitating the platform’s primary feature, lending. In contrast, MKR is a utility token that focuses on governance rights.

Dual Tokens Bundled Based on an ICO

The bundled model for initial coin offerings involves the simultaneous distribution of both security tokens and utility tokens.

Dual Token Based on a Detached ICO

Here, the security token is used as the only medium of exchange in an initial coin offering (ICO) designed to attract financial backing for a project. Security tokens are not issued at the same time as utility tokens. Not in any way that would encourage people to buy the security token.

There is no system in place to encourage potential investors with utility token offers, and both tokens are treated independently. It is common practice for a project to issue security tokens first in order to raise capital and then to issue utility tokens once the project is ready to begin operations.

Although dual token projects make up only a small fraction of all new blockchain startups, this will change as the US government continues to crack down on initial coin offerings.

As we’ve seen, stablecoin initiatives can also benefit from this model, which is why research by CB Insights suggests that stablecoins are on the rise. A second token can be a stablecoin with a fixed rate. The first utility token is used to facilitate everyday transactions and may be subject to volatility based on user demand.

The expansion of stablecoin projects can be attributed to the increasing interest in using cryptocurrencies for online transactions. This may also lead to a rise in the use of dual token systems.