What is Sorare? Ultimate Guide to Start Playing 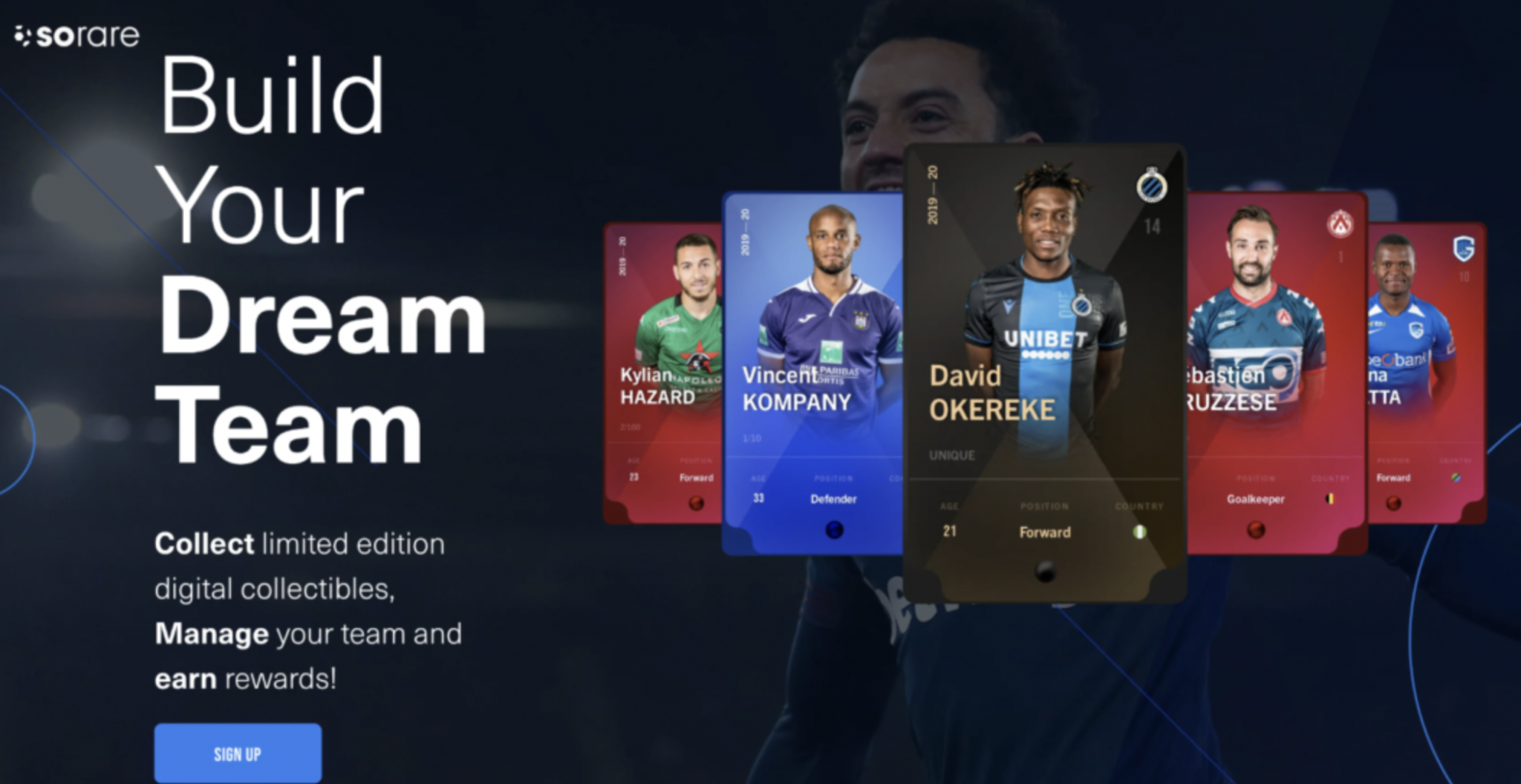 Sorare is a football fantasy game where players use digital player cards to buy, sell, trade, and manage a virtual team. Blockchain technology based on Ethereum is used to power the game.

Since it was first made, Sorare has grown into a great game with complex management systems, exciting tournaments, and fun rewards. The P2E game has a lot of options for customization, strategy, and tactics, all of which add up to a rewarding experience. There are colorful cards to collect and weekly calendars to look at. You can put together teams and win rewards.

So, we understand that all of the game’s features and options might be too much to take in. Don’t worry though, we’ll still make you a Sorare manager. You might like football and want to get in on the action, or you might have played Sorare before and need to brush up on what it has to offer.

No matter what, our detailed beginner’s guide will show you everything Sorare has to offer.

Instead, in this guide, our expertise will help you get started and answer some of your most pressing questions about the platform.

In simple terms, players use blockchain cards on the Sorare platform to put together virtual football teams of five players. Just like in traditional fantasy football, teams are ranked by how well their players did on the real-world soccer pitch and given points.

Some of the cards are digital collectibles that have been licensed (limited, rare, super-rare, and unique cards). Because they use blockchain technology, digital cards can be shown to be rare.

Sorare is an NFT fantasy football game, to be more specific. Players take on the roles of football managers and choose players to put together teams that compete in different weekly competitions. The player cards are the key to everything. You can’t just pick any player you want to be on your winning team.

Instead, you have to collect player cards before you can put them on the field. The NFT part comes into play here. On the Ethereum blockchain, NFTs are made out of cards that are limited, rare, super rare, or unique. This means that every card is counted and can be traced back to its owner. It lets players own these digital tokens, so they can sell or trade them whenever they want.

What are Sorare’s card mechanics?

You can buy cards in the game’s marketplace or win them in tournaments. You can put together a team with them and enter one of the many competitions that happen every week.

Naturally, the game gives you a free set of common cards when you begin, but if you want to compete in more difficult tournaments, you’ll need to acquire more rare cards.

As with all fantasy football games, the scores of your players are based on how they did in real games, so you’ll need to know who these players are and what their track records look like. Finishing in the top spots of a competition can earn you a lot of money in the end.

How do you play Sorare?

Like most games, it starts with a simple process of signing up. Once you’ve signed up and confirmed your account, Sorare gives you some free stuff to get you started. Your first job is to go through the onboarding process, which includes picking your three favorite teams.

The free cards you receive in the following step will vary depending on the teams you selected. These first cards are pretty common, but they’re enough to get you started and let you play in any common tournament. Keep in mind that these common cards are the least valuable and can’t be traded or sold because of that. They are linked directly to your account and can’t be taken away.

After you get your free stuff, the onboarding list is given to you. This gives you a list of the tasks you need to do to advance in your Sorare career. You’ll be asked to do things like join a league, build a team, follow your favorite player, and even make your first card bid.

You can get a free Rare card when you buy 5 new cards (these cannot be exchanged or bought off other players). Now that you have a good set of players to choose from, you can join one of Sorare’s many tournaments and get right into the action.

How do Sorare Tournaments work?

Rare tournaments are sometimes called SO5 Fantasy because they are based on 5 a side fantasy lineups. It’s not a fantasy matchup, though. The players you choose have to do well in real life, and Opta keeps track of how they do.

Your lineup should have:

Every tournament on Sorare is free to join, and the prizes are great

There are many tournaments to choose from, and each has its own power cap requirements. This means that your team’s power can’t be higher than the power cap. This makes things fairer and stops people with the most money from just putting in Ronaldo, Messi, and so on every week.

Who does Sorare work with?

With the licensing deals that Sorare makes with leagues like the K League and clubs like Real Madrid, the player photos and names for the season can be found on the Sorare cards.

As Ted Orme-Claye at InsiderSport reported, Sorare made a long-term deal with the National Basketball Association (NBA) and the National Basketball Players Association in September 2022. (NBPA). The deal will combine NFTs and fantasy basketball, and the league will also get shares of Sorare. After a year of talks, the NBA let Sorare use its logos, and the NBPA gave Sorare the rights to use the names, images, and likenesses of its players.

Do you gamble when you use Sorare?

Sorare is not a way to gamble. The Gambling Commission looked into it in 2021, and they came to the conclusion that the NFT-based fantasy football platform does not need a license. Sorare put out a statement saying that they don’t have any kind of gambling on the platform to back up this result.

Here is where you can find the official report.

How is Sorare better than other platforms for trading?

In addition to saying that Sorare isn’t a gambling product, it’s also important to say that it’s nothing like Football Index… which stopped doing business not too long ago because it was found to be a Ponzi scheme and the people who ran it ran away with £124 million, as reported by Joey D’Urso at TheAthletic.

Sorare runs on the Blockchain, which means that every single transaction on the web has a physical copy. The card you bought isn’t just seen by people on Sorare; it’s seen by everyone in the world. There’s a mark on the ground.

With Football Index, bets were only good for three years, but with Sorare, you keep the card forever. Kylian Mbappe can be held until he is 50 years old if you want to.

Even though it can make it hard to figure out how much your cards are worth, it’s great to know that they’re yours for life, or until they’re sold.

The only small problem with Sorare is that you need to know about Cryptocurrency or at least have Ethereum in your account. You might be used to putting money into other platforms and having fun until your bet loses.

The learning curve isn’t too steep, though, and the benefits are definitely worth it. The Sorare platform will bring back your love of football.

It’s also important to remember that Sorare already has a global appeal, even though it doesn’t spend any money on advertising or marketing. They have been able to get licenses from football clubs all over the world, which is something that neither Football Index nor Footstock was able to do

We’ve also been told that Ubisoft and other companies have given Sorare more than £60 million. Andre Schurrle and Gerard Pique, two well-known people, are also ambassadors for the brand.

It feels like everyone is supporting and partnering with this platform, including Plan A, a business sustainability company – which is why it’s a P2E Diary favorite.